Walt Disney Studios’ Guardians of the Galaxy Vol. 2 couldn’t be stopped last weekend (May 5-7), with a huge $146.51 million opening to jumpstart the summer movie season. 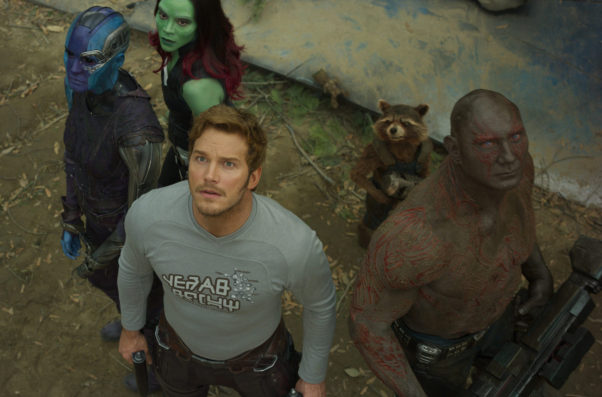 Guardians of the Galaxy Vol. 2 couldn’t be stopped with a $146.51 million first place opening to jumpstart the summer movie season. (Photo: Marvel Studios)

The comedic superhero sequel starring Chris Pratt and Zoe Saldana as leaders of a wisecracking alien-fighting team started 55.4 percent above the $94.3 million opening of the original Guardians of the Galaxy. The original was a surprise smash hit and became one of the most beloved films of the decade. The new installment notches the #17 opening weekend ever, or #26 adjusted for inflation.

That is great news for Disney, which continues its streak of $100+ million openers, having posted the most recent three with Guardians Vol. 2, March’s Beauty and the Beast, which fell 25.5 percent to $5.09 million in fifth place, and December’s Rogue One: A Star Wars Story. Disney has also posted six of the eight most recent $100+ million openings.

With no other new wide release competitors, Guardians Vol. 2 earned a massive 79.4 percent of the top 10 films’ total, ranking as the sixth-highest percentage ever for a weekend leader. The movie also posted the second-highest theater count for a film in the past four years behind only last summer’s The Secret Life of Pets and 11th-highest theater count of all time at 4,347 screens nationwide.

Disney closed its second place gap with Universal Pictures in the race to become the highest earning studio domestically of 2017. Now only $46.4 million behind, Disney appears poised to claim the year-to-date lead over Universal sometime later this month if current trends continue.

If there’s anything negative about Guardians Vol. 2’s opening, it is that several other Marvel films have opened higher. Marvel traditionally releases a movie the first weekend of May, something they have done since 2007. Four of the previous five such releases opened above Guardians Vol. 2, which opened 19.0 percent under Captain America: Civil War, 24.1 percent below Avengers: Age of Ultron, 16.7 percent behind Iron Man 3 and 30.0 percent under The Avengers. But it did open 13.2 percent in front of Iron Man 2, 52.6 percent better than Captain America: The Winter Soldier (although that was an April release), 69.1 percent ahead of Thor: The Dark World and 7.3 percent better than last summer’s Finding Dory.

With no other new wide debuts, second place went to the leader for the previous three weekends, Universal’s The Fate of the Furious, which dropped 56.0 percent to $8.78 million. It is running quite a bit behind its predecessor Furious 7 and a bit behind Fast & Furious 6 through the same period. Twentieth Century Fox’s animated The Boss Baby rose from fourth place the previous weekend to third last weekend, with a 36.2 percent fall to $5.98 million.