Fate of the Furious Led for Third Weekend

Universal Pictures’ The Fate of the Furious passed $1 billion globally on Sunday, and lead the domestic box office for the third weekend with $19.94 million. Lionsgate’s and Pantelion’s How To Be A Latin Lover debuted higher than almost anybody expected, taking second place with $12.25 million. And Great India Films’ Baahubali 2: The Conclusion became the highest-opening Bollywood film in the U.S. of all time at $10.35 million. 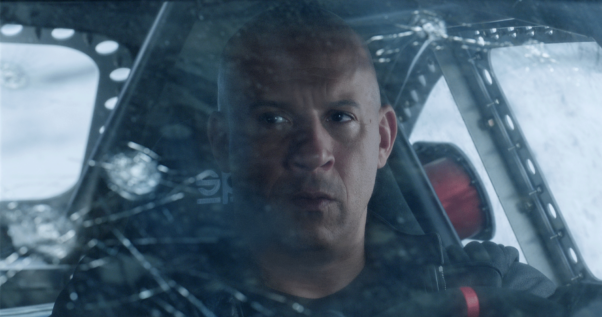 The Fate of the Furious led for the third weekend with $19.94 million in the U.S. and passed $1 billion worldwide. (Photo: Universal Pictures)

The Fate of the Furious became the second film this year to reach the three-peat milestone after January’s Split. The Fate of the Furious’s 48.1 percent third-weekend decline was about in line with the 51.1 and 44.2 percent third-weekend drops of the franchise’s two previous installments. But with $193.27 million total, it is running 34.5 percent behind Furious 7 and 4.9 percent behind Fast & Furious 6 through the same period.

Yet all that pales in comparison to the film’s $1 billion haul worldwide, a mark it crossed on Sunday. With a $68.4 million overseas weekend in 69 markets, the movie fell 56.7 percent overseas, but nonetheless became the second release this year to reach the nine figure mark, after March’s Beauty and the Beast. Rogue One, released in December 2016, also reached the mark in late January. It also becomes the first non-Disney film to reach $1 billion since Universal’s Jurassic World in the summer of 2015.

The Fate of the Furious has earned $867.6 million overseas and $1.06 billion worldwide, with 81.8 percent of its global gross from overseas, constituting the highest foreign percentage ever for a billion-dollar film. That is led by China, where it has earned $361.0 million and looks likely to surpass Furious 7 with $390.9 million as the highest-grossing non-Chinese film in China ever.

It currently ranks 21st on the list of highest global grossers all time as it charges towards the top 10. However, it will be a hard to beat its predecessor’s $1.52 billion worldwide total, the sixth-highest of all time. It appears more likely to beat Beauty and the Beast, which currently stands at $1.14 billion and counting. On Sunday, it also surpassed the previous billion-dollar film, Rogue One, which has earned $1.05 billion and still trickling in.

The romantic comedy How To Be A Latin Lover, which stars Kristen Bell, Selma Hayek and Rob Lowe, surprised with a second-place debut. The highest prediction was $7.9 million. The film’s gross was impressive considering it only played on 1,118 screens, making it the 12th-widest release last weekend. Get Out was playing on more screens despite being in its 10th weekend of release.

The Hindi-language action adventure Baahubali 2: The Conclusion set records for the largest U.S. opener for a Bollywood film, a genre popular in India. The film was shown in only 425 theaters that were carefully selected to maximize audience impact, an incredibly low theater count for a film placing in the top three — or even the top 10 — but the widest opening release ever for a Bollywood film. Its opening eclipses the entire domestic total of predecessor Baahubali: The Beginning with $6.7 million in summer 2015, which maxed out at 236 theaters.

The film earned the highest domestic IMAX opening ever for a foreign language film, with 45 such screens taking in $1.8 million. Those screens outperformed their competition, with about 10.5 percent of the domestic theaters being IMAX yet comprising 17.7 percent of revenue.

STX Entertainment’s The Circle debuted in a lackluster fifth place with $9.03 million. That was despite the star power of two of Hollywood’s most popular actors — Emma Watson and Tom Hanks. Of the weekend’s three new debuts, it came in third, despite some predictions that it might come in first of the three and in second place overall. The Circle debuted higher than some other recent tech-centered dramas, opening 16.4 percent higher than the opening of Snowden and 31.1 percent above the wide opening of Steve Jobs.

Walt Disney Stuidos’ superhero blockbuster Guardians of the Galaxy Vol. 2 debuted with $101.2 million overseas last weekend ahead of its U.S. launch on Friday. That was the largest overseas title, beating Fate of the Furious, despite playing in 37 markets to The Fate of the Furious’ 69 markets.