Newcomers Debut Below Fate of the Furious

Universal Pictures’ action adventure The Fate of the Furious held on at the top of the weekend box office with $38.41 million last weekend (April 21-23), as five new releases all debuted outside the Top 5. 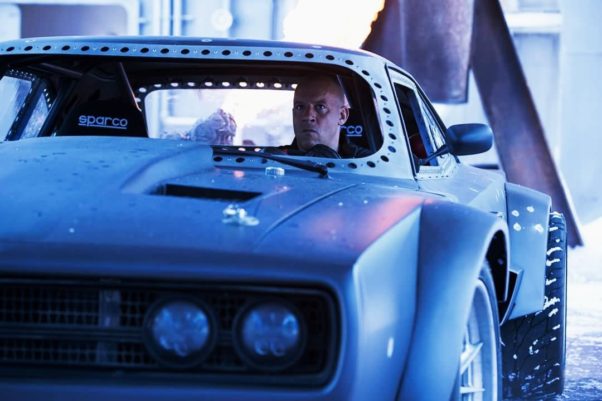 The Fate of the Fuirous led for the second weekend with $38.41 million. (Photo: Universal Pictures)

The car-heavy action sequel starring Vin Diesel, Dewayne Johnson and Charlize Theron fell 61.1 percent, about in line with the second-weekend declines for previous installments: 59.5 percent for Furious 7, 63.9 percent for Fast & Furious 6 and 62.4 percent for Fast Five.

The Fate of the Furious was guaranteed the top spot after debuting to $98.79 million domestically the previous last weekend, en route to a new record for largest global weekend of all time. Last weekend’s new competitors were all mid-to-low-budget, intended to tide over audiences during the several weeks prior to the summer blockbuster season that begins on May 5.

Twentieth Century Fox’s animated The Boss Baby took second place again with a 20.6 percent decline — its mildest drop yet — to $12.71 million. Walt Disney Studios’ Beauty and the Beast fell 29.5 percent to $9.66 million. With $470.79 million grossed domestically so far, it rises to become the 94th-highest grossing film of all time when adjusted for inflation and cracks the top 10 at No. 10 unadjusted.

The best-performing of the five new wide releases was Disney’s nature documentary Born in China coming in sixth with $4.79 million. Narrated by John Krasinski and focusing on pandas, it only earned the fifth-best opening of the seven Disneynature brand documentaries released on Earth Day almost every year since 2009. However, this opening does represent something of a return to form, as the two lowest-debuting installments had been the two previous ones, Bears and Monkey Kingdom.

Warner Bros. Pictures’ thriller Unforgettable starring Katherine Heigl and Rosario Dawson opened in seventh place with $4.785 million. While it came in far below similar releases including The Boy Next Door and When the Bough Breaks, it was about in line with the $4.2 million start of last year’s The Perfect Match.