Fate of the Furious Leaves Others in Its Dust

Universal Pictures’ action adventure The Fate of the Furious, which stars Vin Diesel, Dwayne Johnson and Jason Statham along with newcomers Charlize Theron and Helen Mirren, had the largest worldwide opening weekend ever, knocking off the previous leader Star Wars last weekend (April 14-16). 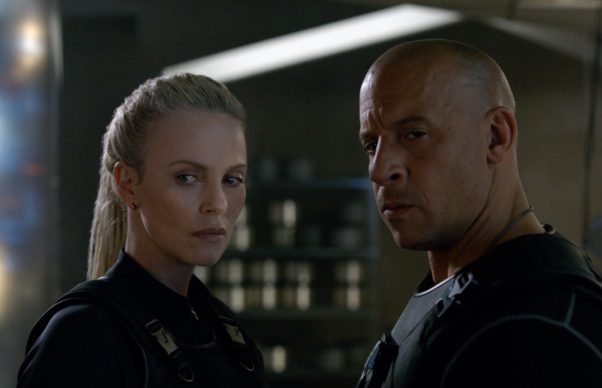 The Fate of the Furious opened with $98.79 million in the U.S., but had the largest worldwide opening ever with $531.9 million globally. (Photo: Universal Pictures)

The Fate of the Furious took in $531.9 million globally, squeaking past the $529.0 million global start of Star Wars: The Force Awakens from December 2015. Although it should be noted that The Force Awakens opened in China a month later, while The Fate of the Furious opened there last weekend. It also beats the $397.7 million start of previous series installment Furious 7 in April 2015, which was previously the fifth-best worldwide opening weekend ever.

Outside the U.S., Fate of the Furious opened with $433.2 million, shattering Jurassic World’s previous $316.7 million record set in June 2015. It also passes the $250.5 million overseas debut of Furious 7, previously the high mark for the franchise and sixth-best overseas start of all time. Its $192.1 million opening weekend in China is also a new record, passing the previous $182.4 million from Furious 7.

In the U.S., The Fate of the Furious debuted with $98.79 million, a bit below some analysts’ pre-release estimates, which had it potentially opening to more than $120 million. This installment earned the 66th-best domestic opening weekend of all time, adjusted for inflation. Adjusted for inflation, it starts third-highest of the eight Furious installments, far below the $147.1 million debut of Furious 7 and just below the $100.5 million inflation-adjusted opening of Fast & Furious 6.

Still, Universal has nothing to complain about. Any slight underwhelming domestic gross was more than made up by the overseas total. In fact, of the 100 best worldwide opening weekends of all time, The Fate of the Furious posted the highest percentage from overseas with 81.4 percent. That is more than the previous record holder, 2011’s Pirates of the Caribbean: On Stranger Tides with 74.3 percent, showing just how important non-U.S. markets are to box office receipts.

While there were no other new wide releases last weekend, the leader the previous two weekends, 20th Century Fox’s The Boss Baby fell 39.3 percent to $16.01 million and second place. It has now grossed $116.79 million domestically.

Walt Disney Studios’ Beauty and the Beast slipped 42.0 percent to $13.71 million and third place. The film, which crossed the global billion-dollar mark earlier last week and currently stands at $1.04 billion worldwide, has earned $454.72 million domestically. On Saturday, it cracked the top 100 films of all time domestically when adjusted for inflation, standing at No. 95. It ranks No. 12 unadjusted for inflation, although that list skews significantly more modern due to higher ticket prices.

Sony Pictures’ Smurfs: The Lost Village finished in fourth place with $6.71 million, falling 49.2 percent in its second weekend. Its domestic gross now stands at $24.95 million. Rounding out the top five is Warner Bros. Pictures’ Going in Style, also in its second weekend, which brought in $6.29 million, a 47.3 percent drop with total domestic earnings of $23.32 million. 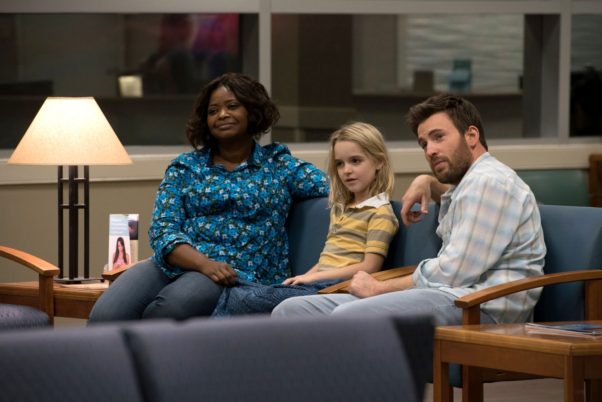 Outside the top five, Fox Searchlight’s expansion of Gifted didn’t exactly light the box office on fire as it played in 1,146 theaters (up 1,090 screens) and brought in $3.08 million to debut in sixth. Gifted will continue to expand to about 1,600 theaters next weekend.

Also, for the seventh weekend in a row, Universal and Blumhouse’s Get Out had the smallest drop within the Top 10. Last weekend it dipped just 26.4 percent to $2.99 million as its domestic total now stands at $167.62 million.