Rosario, a new Italian restaurant from the people behind Smoke & Barrel, has replaced the absinthe bar Libertine at 2435 18th St. NW in Adams Morgan. 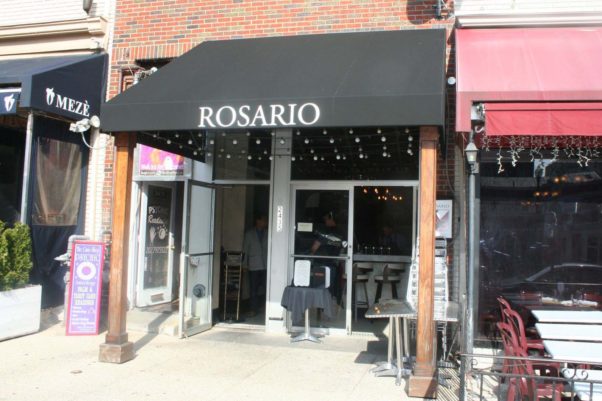 The restaurant goes in a new direction for Pint Hospitality Group, who’s other bar-centric restaurants include Brookland Pint and Meridian Pint in addition to Smoke & Barrel. While Rosario does have a bar, it is much more food focused and more upscale.

Rosario, is named for chef Orazio Rosario Patti, a mentor of executive chef Logan McGear, who also leads the Smoke & Barrel kitchen. Patti, a Sicilian who had restaurants in Manhattan and Napa Valley, Calif., with his partner Santo Sacca before returning to Little Rock, Ark., in 2008 to open Vesuvio Bistro. That’s where McGear got his first taste of Italian cooking in 2007. When Patti died in 2009, he left McGear his chef jacket and recipe book.

The idea for Rosario began when Pasta Mia, which was a neighborhood staple around the corner on Columbia Road, closed at the end of March last year, McGear told DC on Heels. “We tried to get that space,” he said. “But, we are happier here in the middle of the block.” 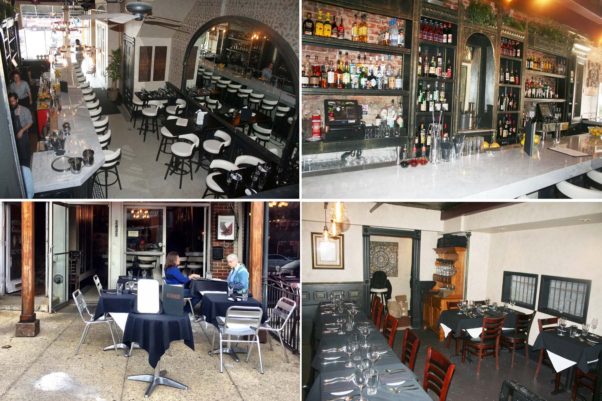 Inside the 65-seat restaurant, which opened officially May 20, plaster was removed from the walls to expose original brick giving it a more rustic look and the 17-seat bar was moved to the other side of the room, said general manager Victoria Grant. High marble-topped tables and white leather stools fill the 12-seat lounge area with black and white tile floor, a high brown tin ceiling and Edison lights. The upper level dining room, which seats 22, includes low-top wooden tables, black leather chairs and iron work. Sidewalk seating accomodates another dozen and eventually there will be a lower-level private dining room, Grant said. 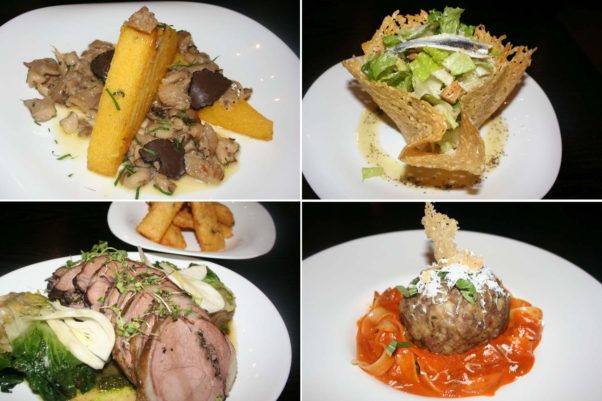 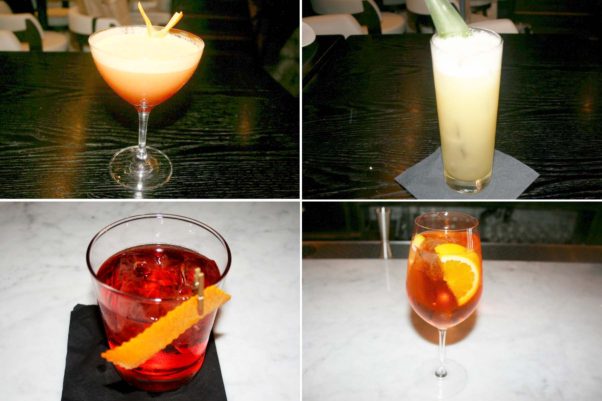 Cocktails include the Garibaldi with fresh squeezed orange juice (clockwise from top left), the Run On with mezcal and pineapple, the Cappelletti Spritz and the house Negroni. (Photos: Mark Heckathorn/DC on Heels)

There are 17 Italian wines (each color coded on the menu for the region they come from) including three on tap priced from $10-$18 per glass or $40-$72 per bottle. There are six beers in can or bottles and one on tap all priced at $7, while aperitivos are all $12 and classic and contemporary cocktails are all $13. Cocktails include the Negroni, Boulevardier and the Run On made with Illegal mezcal, Ancho Reyes, pineapple and vanilla.

Rosario is open from 5 p.m.-midnight Sunday through Thursday and 5 p.m.-1 a.m. Friday and Saturday.