It Is an Action-Packed Weekend in the DMV

There is plenty to do in the DMV this weekend from National Cherry Blossom Festival events including the parade to museum openings, concerts, fireworks and more. This weekend and next are also your last chance to see the Ringling Bros. circus in Fairfax before it folds up its tents in May.

Metro continues its SafeTrack Surge 13 this weekend with Blue Line trains single tracking between Braddock Road and Van Dorn Street with trains running every 24 minutes. Yellow Line trains single track between Braddock Road and Huntington with trains operating every 24 minutes. Additional Yellow Line trains will run between National Airport and Mount Vernon Square. Red, Green and Orange Lines will run on regular weekend schedules with single tracking in areas after 10 p.m. The Silver Line will operate on a regular weekend schedule until 10 p.m. Sunday, when it will run only between Wiehle-Reston East and Ballston ONLY until closing. 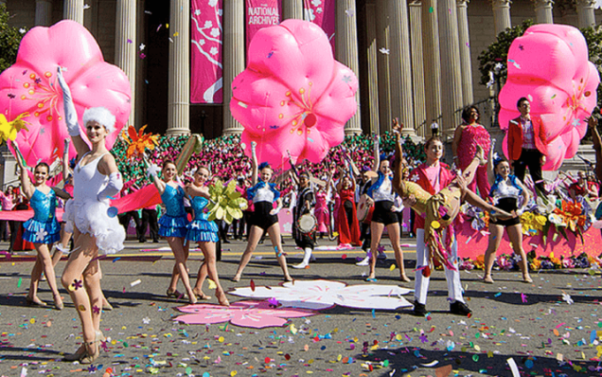 One of the District’s largest spectator events, the National Cherry Blossom Festival Parade runs for 10 blocks along Constitution Avenue NW from the National Archives to the Washington Monument. Catch everything from giant helium balloons to elaborate floats to marching bands from across the country to celebrity entertainers. This year’s celebrities include Drew Lachey from 98 Degrees and Dancing with the Stars winner, country singer Jo Dee Messina, Brian Justin Crum from the most recent season of America’s Got Talent, Glee star Alex Newell, Miss America Saavy Shield and others. Hunker down in the grandstand or walk along the parade route – which runs for 10 blocks along Constitution Avenue NW.

April 8 from 10 a.m.-noon along Constitution Avenue from Seventh to 17th Streets NW. Admission is FREE! https://www.ticketfly.com/purchase/event/1397755?utm_medium=bks Limited grandstand seating between 15th and 17th Streets is $20-$30.

The First Lady of Song: Ella Fitzgerald at 100 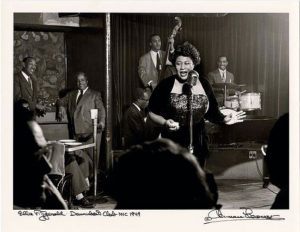 The voice of Ella Fitzgerald could inspire an entire museum to itself, her songs serving as vital artifacts of American history and one of the country’s most important art forms: jazz. The First Lady of Song: Ella Fitzgerald at 100 explorex Fitzgerald’s impact on American jazz culture through a collection of objects, sheet music and photographs. As one of the first African American female celebrities to appear in commercial print ad campaigns aimed at a general audience, she broke racial barriers. At the center of the display, visitors will see the iconic bright red, double-breasted two-piece suit and the red hat and white glasses she wore in the 1986 American Express print ad. Also showcasing Fitzgerald’s career are a recording of her 1938 first hit A-Tisket, A-Tasket and a selection from her 13 Grammy Awards, including her 1990 award for Best Female Jazz Vocal Performance, and four video clips. 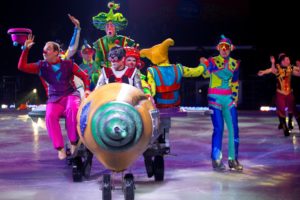 This is your last chance to say goodbye to the Greatest Show on Earth. The Ringling Bros. and Barnum & Bailey Circus will conclude its tours this May, but not before one more out-of-the-world stint in the DMV. The entire family can join the Circus Space Fleet, which will bring incredible performers back to Earth after a stint in outer space. Acrobatics, animals (but no elephants) and daredevils will amaze audiences throughout the week. You can also meet performers and watch animal training demonstrations free with your ticket one hour before the show.

The Faces of Battle: Americans at War, 9/11 to Now 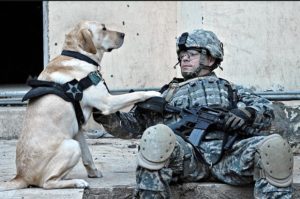 Dynamic Duo by Stacy L. Pearsall is one of the photos on display at the National Portrait Gallery. (Photo: Stacy L. Persall)

The Faces of Battle: Americans at War, 9/11 to Now examines the cost of ongoing war through incredible portraits of soldiers. Six leading photographers and artists have contributed to the 56 works inside, which show the immense sacrifice and extraordinary experiences of common soldiers. It includes photographs by Ashley Gilbertson, Tim Hetherington, Louie Palu and Stacy Pearsall; site-specific installation of drawings by Emily Prince; and paintings, sculpture and time-based media by Vincent Valdez. 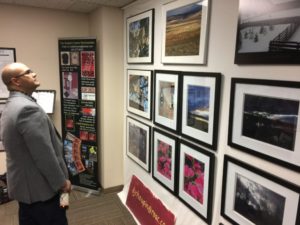 A visitor admisres some artwork at Artomatic in Crystal City this year. (Photo: A Road Kill Opera)

Artomatic continues its run this weekend in Crystal City near the Metro station in the building above the University of Phoenix and Synetic Theater and next to the Crystal City Marriott with more than 600 visual artists, musicians and performers. At this massive, unjuried showcase, you are sure to find something at the right price to hand on that bare wall in your home. Special events this weekend include a Clip N Sip Happy Hour from 5 p.m.-7 p.m. Friday where participants can make their own mosaic paper illustrations while sipping on their favorite drink; free bellydancing performance and lesson from 8-9 p.m. Friday with Carolina Hernandez; and open drawing from 4-6 p.m. Saturday where participants will either a costumed mode or still life set-up. 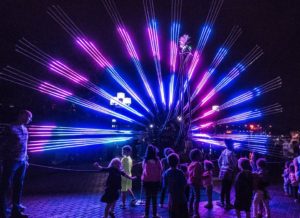 Charm City wraps up its second annual Light City, a festival that illuminates Baltimore with nearly two dozen installations. Some city neighborhoods also have their own light displays. All but two of the works are new, with crowd favorites “The Pool [Reflect]” and “Peacock,” from Baltimore artists Tim Scofield and Kyle Miller, returning from last year. The festival features live music, DJs and family-friendly activities.

April 7 and 8 from 7-p.m.-midnight at the BGE Light Walk from the south shore of Inner Harbor to Harbor East in Baltimore. Admission is FREE! 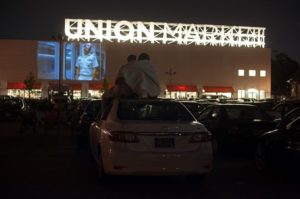 The Union Market Drive Is a monthly movie shown on the outside of the market. returns at 8 p.m. Friday and continues through November. (Photo: Union Market)

Union Market Drive-In returns this weekend with The Royal Tenenbaums, Wes Anderson’s 2001 comedy about an estranged family of former child prodigies who reunite when their father announces he is terminally ill. If you get hungry, the D.C. Rollergirls will serve drinks and snacks. Coming up in the next few months are Star Wars: The Force Awakens, Honey, I Shrunk the Kids and Chef. 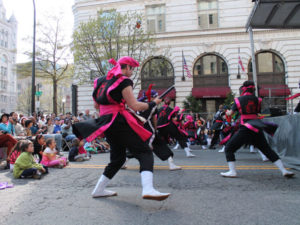 The largest one-day Japanese cultural festival in the U.S., the 57th annual Sakura Matsuri Japanese Street Festival is an event for all ages. You can eat sushi and other Japanese foods, purchase artisanal crafts, check out performances on four stages ranging from martial arts to J-Pop groups, and engage in some people watching as folks show off their kimonos and cosplay.

April 8 from 10:30 a.m.-6 p.m. at M Street and New Jersey Avenue SE in the Capitol Riverfront neighborhood. Tickets are $10 in advance or at the gate. Children 12 and younger are FREE!

Emancipation Day commemorates the abolition of slavery in D.C. on April 16, but because that is Easter this year, the city is celebrating a week earl with the annual parade between 1100 and 1350 Pennsylvania Ave. NW at 1 p.m., a concert at 3 p.m. at Freedom Plaza and firework at 9 p.m. at Freedom Plaza. The concert features performances by Grammy-nominated D.C. Native Johnny Gill, hip-hop artist MC Lyte, Joe Clair, Anwar Big B Glover, DJ Dirty Ricco, Benjamin Gates, Carolyn Malachi and Rajan Sedalia.

Blessing of the Fleets 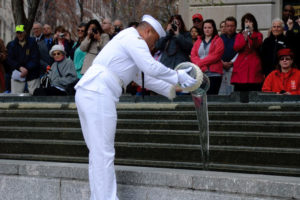 The U.S. Navy Memorial will hold its 26th annual Blessing of the Fleets this Saturday. The ritual is intended to safeguard crews and ships from the danger of the seas through a blessing given by a clergyman at the water’s edge. During the Navy Memorial’s ceremony, sailors from the U.S. Navy’s Ceremonial Guard proceed across the outdoor plaza’s “Granite Sea” to pour water from the Seven Seas and Great Lakes into the surrounding fountains, “charging” them to life and welcoming the spring season. Ceremonial music will be provided by the U.S. Navy Band. Following the ceremony, Navy culinary specialists from the White House Mess will prepare and serve Navy bean soup to visitors in the adjacent Naval Heritage Center. Guests can also enjoy a free concert of traditional maritime music by the Washington Revels’ Maritime Voices in the Burke Theater.

Frédéric Bazille and the Birth of Impressionism

April 9 from 11 a.m.-6 p.m. at the National Gallery of Art, Sixth and Constitution Avenue NW. Admission is FREE through July 9. 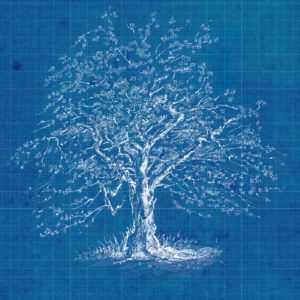 Explore the intersection of design, building and the natural environment at the Design with Nature Family Afternoon. Visitors of all ages can discover ways in which environment inspires design and learn how nature can be intentionally integrated into and around built spaces. Hands-on activities include folding origami flowers and joining other families to design a large-scale paper garden, constructing and decorating your own nature-inspired miniature Japanese bӯobu screens, picnicking inside the Museum and listening to a springtime story. 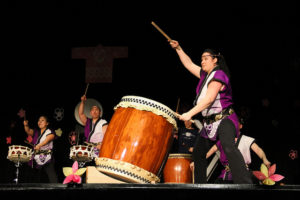 The Sakura Taiko Fest showcases a lineup of Japanese-American drumming groups from up and down the east coast including ShinDaiko from Boston, Kizuna from Takoma Park, Kyo Daiko from Philadelphia, Nen Daiko from Fairfax Station, Va., and host Miyako Taiko from Takoma Park, along with the students from the Mark H Taiko School. The show celebrates and explores Japanese cultural and artistic traditions and engages audiences with high energy rhythm and movement. In past, artists have covered popular traditional songs and also debuted modern arrangements. Guests also can try taiko for themselves. 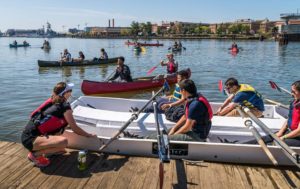 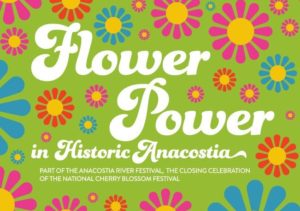 April 9 from 1-5 p.m. at the Anacostia Arts Center and surrounding 1200 block of Good Hope Road SE. . Admission is FREE!