Go Fly a Kite in the DMV This Weekend

Spring has sprung in the DMV and there are plenty of outdoor activities this weekend. Despite Friday’s rain and cold temperatures, the weekend won’t be a washout with Saturday being partly sunny and in the low 60s with Sunday being sunny and reaching almost 70, so you get out and enjoy yourself. 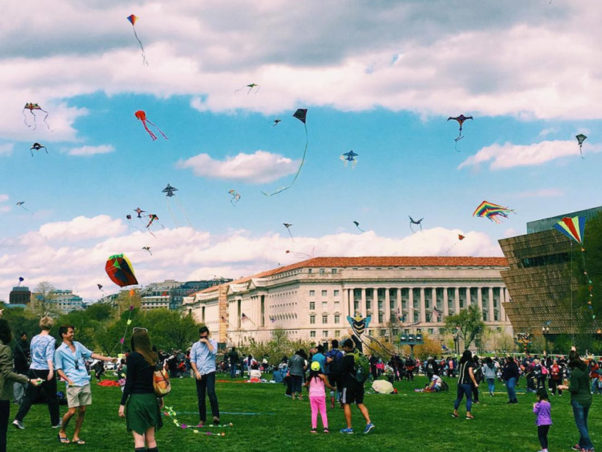 The Blossom Kite Festiva is Saturday from 10 a.m.-4:30 p.m. at the Washington Monument. (Photo: alinarose/Instagram)l

The seventh annual Blossom Kite Festival is one of the most cherished traditions of the National Cherry Blossom Festival. Witness incredible creativity and skill as kite flyers from the U.S. and around the world participate in a variety of competitions and demos, including Rokkaku Battles and a Hot Tricks showdown. You can also bring your own kites or make one at an activity station (while supplies last) to fly on the public field. The rain date is April 2. 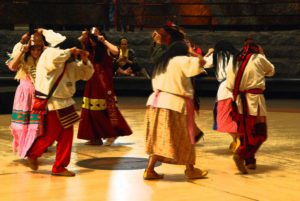 March 31-April 2 from 10 a.m-5 p.m. at the National Museum of the American Indian, Fourth Street and Constitution Avenue SW. Admission is FREE! 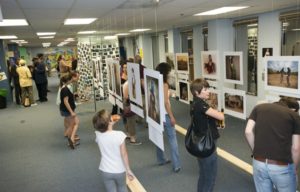 Visitors view local artists works at Artomatic in Crystal City.
(Photo: Made in the District)

Artomatic, the nomadic art show, continues its run this weekend. This time it has popped up in Crystal City near the Metro station in the building above the University of Phoenix and Synetic Theater and next to the Crystal City Marriott with more than 600 visual artists, musicians and performers. At this massive, unjuried showcase, you are sure to find something at the right price to hand on that bare wall in your home. Sunday is Children’s Day with special events for kids including a story time and puppet show from 1-2:30 p.m. with author Tom Noll reading from his books The Bicycle Fence and Selling Eggs; children’s art mural from 1-3 p.m. where kids can help artist Christopher Hoppe create a mural; roaming magician Matt Neufeld from 1-4 p.m., a community weave from 1-4 p.m..; the Wings of Hope Origami Project from 2-8 p.m. where you can learn to make two different origami models with the goal of making 1,000 cranes and 2,000 butterflies; a kid’s cell phone photography workshop by Rob Arnold; and more. 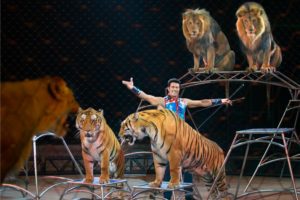 Say a final farewell to one of the world’s greatest circus spectacles this weekend. The Ringling Bros. and Barnum & Bailey Circus will conclude its tours this May, but not before one more out-of-the-world stint in D.C. The entire family can join the Circus Space Fleet, which will bring incredible performers back to Earth after a stint in outer space. Acrobatics, animals (but no elephants) and daredevils will amaze audiences throughout the weekend. You can also meet performers and watch animal training demonstrations free with your ticket one hour before the show. (If you miss this weekend, don’t worry. The real last time to see the show in the area is April 7-16 at EagleBank Arena in Fairfax.) 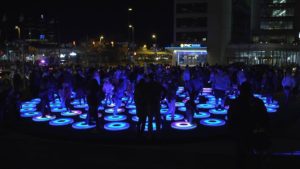 Charm City shimmers and shines with the return of Light City, a festival that illuminates Baltimore with nearly two dozen installations. Some city neighborhoods also have their own light displays. All but two of the works are new, with crowd favorites “The Pool [Reflect]” and “Peacock,” from Baltimore artists Tim Scofield and Kyle Miller, returning from last year. The festival features live music, DJs and family-friendly activities. There’s also an Emporiyum shopping and food marketplace at the Inner Harbor, conveniently timed to this first weekend.

Nightly through April 8 from 7-11 p.m. and until midnight on Friday and Saturday at the BGE Light Walk from the south shore of Inner Harbor to Harbor East in Baltimore. Admission is FREE! 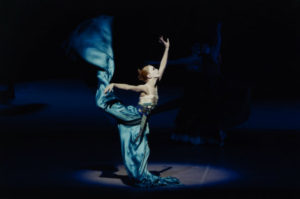 The Little Mermaid plays at the Kennedy Center this weekend. (Photo: Hope Badekow)

The Hamburg Ballet returns for the first time in 13 years to weave a visionary retelling of a classic tale. Hans Christian Andersen’s The Little Mermaid is updated for modern times by John Neumeier, the ballet’s artistic director. Neumeier shows the audience both an underwater world and the challenges presented on dry land, and even incorporates Andersen into the narrative. Featuring a powerful score from Russian composer Lera Auerbach.

A Raisin in the Sun 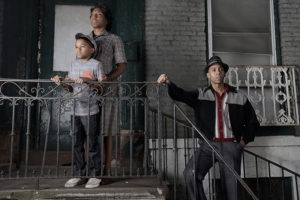 A Raisin in the Sun premiers at Arena Stage this weekend.
(Photo: Tony Powell)

One of the truly groundbreaking theatrical productions of the 20th century will call D.C. home this spring. A Raisin in the Sun premiers at the Arena Stage this weekend. Inspired by a revered Langston Hughes poem, Lorraine Hansberry’s spellbinding story follows the Younger family, who are yearning for a better life far from the cramped confines of their Chicago tenement. Hope arrives in the form of an unexpected financial windfall, but family ties are strained when they realize they have differing definitions of the American dream.

Shift: A Festival of American Orchestras 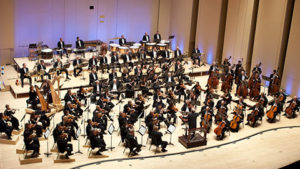 In collaboration with Washington Performing Arts, the Kennedy Center presents Shift, a week-long that is winding down and focuses on North American orchestras of varying sizes. Performances will be held at various venues around the District, with special showcases occurring inside the Kennedy Center’s Concert Hall. Those showcases include the Atlanta Symphony Orchestra & Chorus on Friday and The Knights, a chamber orchestra from Brooklyn, on Saturday. Events also include symposia and educational talks, and most are free. 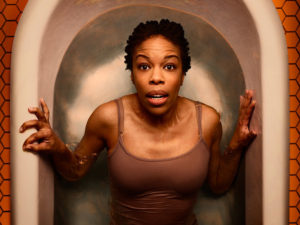 Obie Award-winning playwright Nilaja Sun brings a new and vibrant play to the DMV. Pike St. shows off Sun’s distinctive performance and writing style in a tale concerning a Puerto Rican immigrant living on the Lower East Side in New York City. As she tries to keep the electricity on for her daughter’s respirator as a hurricane approaches, a mother interacts with a cast of characters, painting a vivid picture of her daily life. 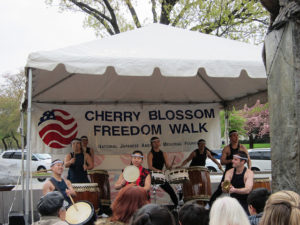 Lace up your sneakers for the annual Cherry Blossom Freedom Walk, which commemorates Japanese Americans and their experience during World War II. This year’s keynote speaker is Peggy Nagae, lead attorney for Minoru Yasui’s coram nobis legal team in the 1980’s when they reopened his WWII case and had his original conviction overturned. Other speakers include the Japanese Ambassador Kenichiro Sasae and former Secretary of Transportation Norman Mineta. There will also be Japanese taiko drummers. Expect plenty of pretty sights along the way on the non-competitive walk following the ceremony. 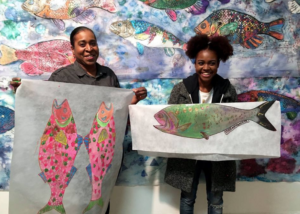 Make a fish windsock at the Aquatic Resources Education Center for next weekend’s bike parade during the Anacostia River Festival. (Photo: ArtReach)

ArtReach hosts a fish windsock making workshop in preparation for the bike parade at the Anacostia River Festival. Inspired by the Japanese tradition of creating carp-shaped flags known as “koinobori,” participants will create a set of fish windsocks that can be found in the local Anacostia waters, including the American shad, pumpkinseed and snakehead fish. With information provided by city’s Aquatic Resources Education Center staff, the workshop will give participants the opportunity to learn more about local ecology and participate in a collaborative art-making project. Many of these windsocks will be attached to bamboo poles, connected to bikes and put into motion at the Anacostia River Festival on April 9. Participants can also tour the center, learn about the Anacostia River’s native and invasive species, screen print and paint a fish windsock. 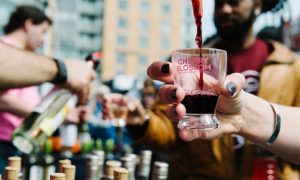 Need another reason to drink? Visit the Cherry Blossom Wine and Beer Festival at Yards Park this weekend. (Photo: Drink the District)

Drink the District brings the beer, cider and wine while The Yards Park on the Capitol Riverfront provides the perfect setting for the Cherry Blossom Wine and Beer Festival. With two sessions on Saturday and another on Sunday, there are plenty of chances to take advantage of more than 100 beers and wines, Boozy Bingo, two dozen on-site food trucks including Arepa Zone, BBQ Bus, Cap Mac, Captain Cookie and the Milkman, Dirty South Deli, Muncheez, Pr=eruvian Brothers, Pittsburgh Rick’s, Sloppy Mama’s Barbeque and more, along with lots of lawn and social games. Live music will be provided by DJ Julian Rivera and Jeff from Accounting. Admission includes unlimited full pours of beer cider and wine spritzers along with 10 tokens each good for tastings of more than 100 wines, craft beers and cider. 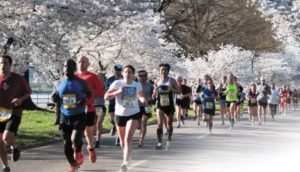 Thousands of runners participate in this annual event that honors spring, the National Cherry Blossom Festival and the beautiful scenery of the District. Watch free as participants in the Credit Union Cherry Blossom Ten Mile Run and 5K Run-Walk weave their way around the Tidal Basin and the city’s monuments, and if you have a child who would like to take part, there’s a Kids’ Run at 9:30 a.m. the day before at the National Building Museum, 401 F St. NW. The events support the charity, Credit Unions for Kids, which raises funds for the Children’s Miracle Network. There’s a health and fitness expo from 3-8 p.m. on March 31 and from 9 a.m.-5 p.m. on April 1 at the National Building Museum. 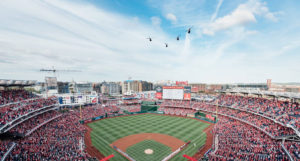 Fresh off a National League East title in 2016, the Washington Nationals look to bring D.C. its first World Series title since 1924 as the 2017 season gets underway at Nationals Park. The Nats open the season against the Miami Marlins and perennial MVP candidate Giancarlo Stanton, who’s known to hit the loudest and longest home runs in baseball. Fortunately, manager Dusty Baker has plenty of talent at his disposal, including Bryce Harper, Anthony Rendon, Trea Turner and newly acquired catcher Matt Wieters. Stephen Strasburg will be the opening pitcher. Opening Day is a major event, so get your tickets quickly!