Le DeSales, a casual French restaurant in the Golden Triangle section of downtown, opens for dinner this evening at 1725 DeSales St. NW. 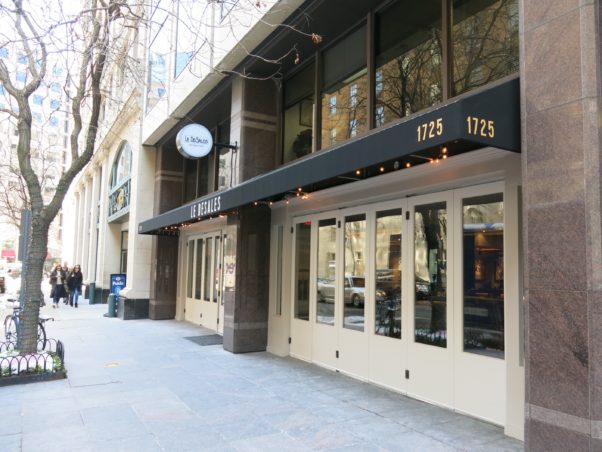 Gone are the red and gold accents, replaced with white subway tiles and whitewashed exposed brick on the walls, custom millwork, brown oak beams and rustic wood flooring. The banquettes are covered in steel-blue velvet while the chairs are steam-bent solid oak with brown leather and the tables are butcher-block. The back wall features a 300-bottle glass-enclosed wine cellar, and the old bar has been replaced with a curving 14-seat S-shaped white stone one. There are also French doors along the front that will open to seasonal sidewalk seating for another 18 diners in warmer months. 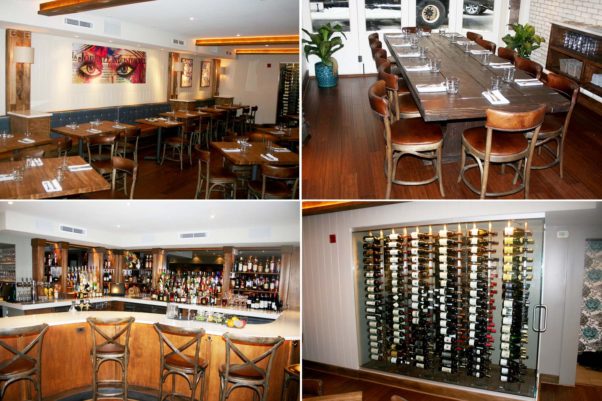 Executive chef Raphael Francois has been tapped to lead the kitchen. Francois, who was born in Tornai, Belgium, and spent most of his time cooking in Belgium and Paris. He began his culinary career in at Le Giverny in Tournai, before working in some of the top Michelin-starred kitchens in France and Belgium, including Comme Chez Soi, Château du Mylord, La Maison du Boeuf, Sea Grill, Hôtel de Crillon, Four Seasons Hotel Georges V, Le Chalet d’ Adrien and Château de Curzay. Francois earned two Michelin stars at Hélène Darroze at the Connaught Hotel in London in 2011. Most recently, he was executive chef at New York’s Le Cirque restaurant.

Since moving to New York, Francois visited the District several times and befriended Safi and Nouri. Now he has designed a menu he calls down to earth and casual for Le DeSales. “We’re not too much into fine dining,” he told DC on Heels. “We want you to eat, have a good time and be surrounded by people.”

The chef, who has moved to the U Street corridor, said he is starting with French basics, but modifying them to use ingredients he can get locally. He likes to shop at Union Market and the Dupont farmers’ market for ingredients, and planned to check out Eastern Market.

Appetizers, priced from $8-$22, include dishes such as red snapper with coconut and jalapeno; blue crab simplissime with tarragon and creamy potatoes; crudités with anchovy and garlic hollandaise and toast; foie gras with mango and romaine; and pâté de champagne infused with smoked bourbon and served with pistachio and pickles. Main dishes, priced from $17-$46, include chicken breast served with caramelized cauliflower that’s pureed then covered with shaved yellow, green and white cauliflower, as well as pomegranates.; pork loins with carrots and preserved lemon; cod cooked in turnip juice with clams and pesto; quail stewed in Brewer’s Art Resurrection Abbey Brown Ale with dried plums soaked in bourbon finished with shallots, barley and mustard leaves; and lobster in dugléré sauce of wine and tomatoes with Comté cheese served with pommes gaufrettes. There are also larger dishes to share including chicken with apple compote ($48) and a T-bone steak with old style green sauce and soft polenta ($82). Sides, which range from $8-$11, include grilled leeks with sunflower seeds and buttermilk; lettuce with gravy, parmesan and bread crumbs; and broccoli with peanuts, mustard and lemon. Look for charcuterie, oysters and perhaps raw bar options in the future. There is also a selection of cheeses priced from $5-$7. 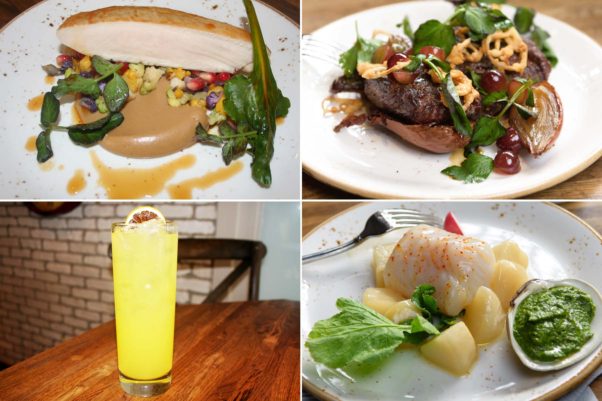 Beverage consultant Lukas B. Smith from Cotton & Reed distillery has designed a drink list that “is not a wholesale French re-creation, but embodies the French spirit.” It features on-tap cocktails including the yellow Goldenbeard, which features Cotton & Reed white rum, ginger beer, suze and lemon, and a bright green signature Rickey made with Edinburgh dry gin, lime juice, house-made gum syrup, dill, bergamot, calamus root and neroli, as well as local beers and ciders.

In all, there are eight cocktails priced from $12-$16 on the menu (three are $9 during happy hour) along with four draft beers including Kronenbourg 1664 and Atlas Rowdy Rye Ale, eight more beers in bottles or cans and five ciders, including two from Maryland. Beers and ciders are all $13.