Beauty and the Beast Leads for Second Week 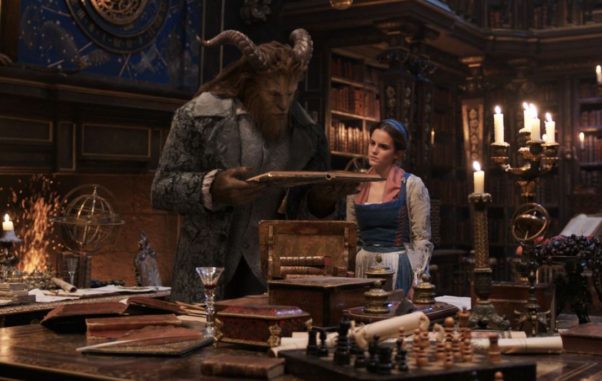 The live-action fantasy romance remake starring Emma Watson fell 48.3 percent after setting the March opening record the previous weekend. That is about in line with the 48.5 and 50.6 percent second-weekend drops of Cinderella and Maleficent, although higher than the 40.4 percent drop for The Jungle Book.

With $319.03 million to date, the film has earned 51.4 percent above Alice in Wonderland and 64.8 percent more than The Jungle Book through the same period. It also surpassed the $302.4 million inflation-adjusted final total of the original Beauty and the Beast film from 1991.

Lionsgate’s Power Rangers debuted in second place with $40.30 million. With 70 percent of the audience over age 18 and giving the film good ratings, the film did a successful job of marketing to fans of the 1990s-era original television series and action figures.

The action adventure about five teenagers who acquire superpowers began 38.4 percent behind the $65.5 million opening of Teenage Mutant Ninja Turtles, another ’90s television show film adaptation. But it was 55.0 percent above the inflation-adjusted $26.0 million opening of 1995’s Mighty Morphin’ Power Rangers.

Sony Pictures’ Life opened in fourth place with an $12.50 million. The R-rated science fiction thriller about astronauts encountering an alien species stars Jake Gyllenhaal, Ryan Reynolds and Rebecca Ferguson. That start is 47.9 percent below the $24.0 million opening of Arrival. UnlessLife proves to have exceptionally high staying power, it seems unlikely to earn back its $58 million budget based upon domestic grosses alone.

Warner Bros. Pictures’ CHiPS, the R-rated comedy starring Dax Shepard and Michael Peña as bickering California police officers, started in seventh place with $7.26 million. That could have been better, coming in at less than half the $17.8 million opening of Let’s Be Cops, 45.8 percent behind the $13.4 million debut of The Man From U.N.C.L.E. and 22.8 percent below the $9.4 million opening of Keanu.