When I received a pretty, silver box with a metallic jar full of Korean snail cream inside of it, I was excited. I had never heard of such an ingredient being used for a beauty product before and couldn’t wait to try it. 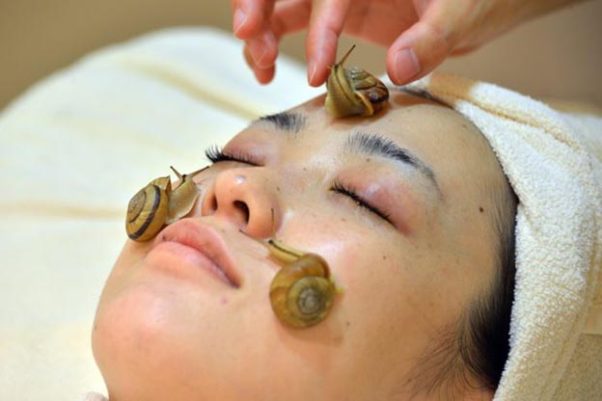 You don’t have to travel to Japan to get a snail facial, just try SMD Cosmetics’s Saramae Snail Serum. (Photo: MBC.net)

As I started to open the box and twisted the top off of the jar of SMD Cosmetic’s Saromae Snail Serum, my enthusiasm quickly dissipated, and I found myself reaching for my laptop with the intent of Googling everything I could about where snail cream came from. I thought my fears would vanish once I learned that it really didn’t come from an actual snail.

Well, believe it or not, snail serum does come from a snail and has been on the U.S. market in beauty products since around 2010. However, snail serum has been used in other cultures since ancient history. Snail slime was used by the ancient Greeks as a topical healing solution for their skin. A study published in the 2009 issue of The Journal of Dermatological Treatment confirms this by showing that the patients who used snail slime over burn ointment on their wounds healed significantly faster. Surely, this means there is proof then to all this snail slime hype for the skin.

So what exactly is snail serum? Depending on the product, it will include beauty ingredients to make the cream, but the snail ingredient that most beauty products use in creams is the slime that a snail secretes when it goes into protection mode. We all are familiar with the slippery trail that a snail leaves behind. Imagine a snail being agitated and then trailing along; the goo that comes from a snail in that tense state is the ingredient that is used.

A snail’s secretion in its agitated state is said to be full of hyaluronic acid and many other nutrients that are really great for your skin. Beauty experts claim it hydrates, diminishes fine lines, helps prevent and reverse signs of aging, and protects against environmental aggressors.

If you are going to try out the snail craze, I would suggest that you try it out on a small area of your skin first, since snail slime is not something you have probably come into contact since your recess days. There is a small chance that your skin will not react positively to it. 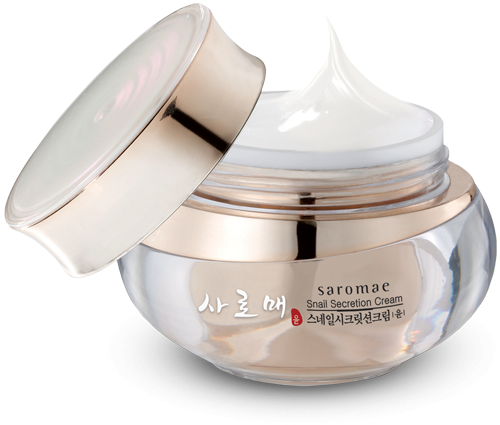 The serum I used, surprisingly smelled like any other organic, facial cream, and it also felt like a cream when I rubbed it into my face. It does, however look like straight up snail slime, which turned me off. But I was eager enough to see what it would do to my face, and I could not turn back once I reluctantly covered my face with the product.

This serum acts like what I imagine dermal fillers do. You could save a lot of money just by using snail serum on your face daily. I still cannot fully get over the fact that I am applying the secretion of a snail on my face, so I do not know how much I will use this serum. But for those of you who can get over that fact, you should try SMD Costmetics’ Saromae Snail Serum and see the effects for yourself.

Born and raised in the DMV, Emma Blancovich has a big appreciation for discovering things to do around town, such as new restaurants to try and supporting the local music scene by attending live shows. During the week she is an editor for trade associations, but on the weekends you can find her hiking up trails with the latest fitness gadgets then getting ready for a night out using the latest beauty and health products.

Born and raised in the DMV, Emma Blancovich has a big appreciation for discovering things to do around town, such as new restaurants to try and supporting the local music scene by attending live shows. During the week she is an editor for trade associations, but on the weekends you can find her hiking up trails with the latest fitness gadgets then getting ready for a night out using the latest beauty and health products.
More posts by the Author »