It Is a Blossoming Weekend in the DMV

The cherry blossoms are here! Due to the recent cold temperatures and snow following uncharacteristically warm weather, about 50 percent of the blossoms were lost. But, peak bloom is on through the weekend for the remainder of the blossoms. In celebration of the blooms, there is jam-packed weekend of events celebrating spring and Japanese culture. We’ve highlighted some of the festival’s events in this week’s guide, but be sure to check out the full schedule.

For this weekend’s influx of visitor for the cherry blossom’s peak bloom, Metro doesn’t have any work planned besides its ongoing SafeTrack Surge 13, which has Blue Line trains single tracking every 24 minutes between Braddock Road and Van Dorn Street with buses replacing trains between King Street, Van Dorn Street and Franconia-Springfield from 10 p.m. until closing Friday. Yellow Line trains will single track between Braddock Road and Huntington with trains running every 24 between Huntington and Mount Vernon Square ONLY. Additional trains will run between National Airport and Mount Vernon Square and buses will replace trains between King Street, Eisenhower Avenue and Huntington from 10 p.m.-closing on Friday. Red, Orange, Silver and Green Line trains will operate on normal weekend schedules. 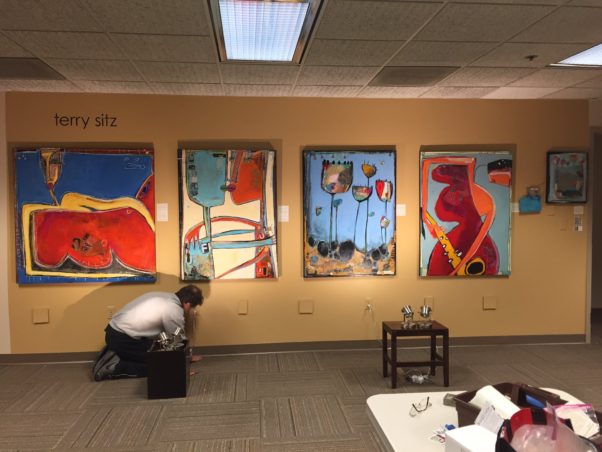 Artomatic, the nomadic art show, is back barely four months after the closing of last year’s event in Maryland. This time it is popping up in Crystal City near the Metro station in the building above the University of Phoenix and Synetic Theater and next to the Crystal City Marriott with more than 600 visual artists, musicians and performers. At this massive, unjuried showcase, you are sure to find something at the right price to hand on that bare wall in your home. Opening night festivities from 7 p.m.-midnight on Friday include magician Matt Neufeld from 7-10 p.m., the PSRO Band from 7- 9 p.m., mentalist Alain Nu from 8-9 p.m., a fire performance from 8-9 p.m., regional band Livyn Large from 9-11 p.m., Alexandria’s Jackie and the Treehorns from 9-11 p.m, D.C. hip hop artist Ardamus from 9-10 p.m. and a screening of films the 48-Hour Film Project from 7:30-10:30 p.m.

March 24-May 6 from noon-10 p.m. on Wednesdays and Thursdays, noon-midnight Fridays and Saturdays and noon-8 p.m. Sundays (closed Mondays and Tuesdays) on floors 3-9 at 1800 S. Bell St., Crystal City. Admission is FREE! Parking is also free after 4 p.m. on weekdays and all day on weekends.

The longest-running and largest environmental film festival in the U.S., the Environmental Film Festival wraps up its 25th year of enlightening viewers on the state of our environment, and what we can do to maintain its health. More than 170 fun and sometimes serious movies will be screened at more than 50 venues all over the DMV. The festival will also include informative discussions and social events that will inspire dialogue surrounding the films and their themes. The closing film is Seasons, directed by Jacques Perrin and Jacques Cluzaud, about the long and tumultuous shared history that binds humankind with the natural world on Sunday at 7 p.m. at the Carnegie Institution for Science, 1530 P St. NW. A discussion including Perrin will follow the screening. Check the website for a full schedule.

May J., a multilingual J-pop singer from Japan, makes a rare appearance in Washington at the Kennedy Center’s Millennium Stage. Her crystal clear voice and outstanding performance has fascinated many people since her debut in 2006.

March 24 from 6-7 p.m. on the Millennium Stage at the John F. Kennedy Center for the Performing Arts, 2700 F St NW. Admission is FREE! 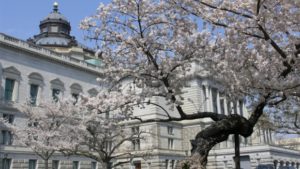 Japanese Culture Day introduces children and adults to Japanese culture through hands-on origami artwork creation, trying on kimonos and other activities. Cherry Blossom princesses from the last few years will instruct children in the art of tiara-making. At 11 a.m. and 1:30 p.m., the Japan-America Society of Washington, D.C., will present “Japan-in-a-Suitcase,” a program about Japanese life and culture. Following each of these presentations, Tsuyoshi Takemori of D.C. Yamato-juku Karate Club will demonstrate karate. 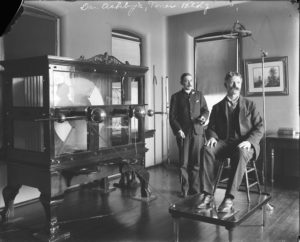 At Architecture of an Asylum: St. Elizabeths 1852-2017, discover the incredible history of the Government Hospital for the Insane, the first federally operated psychiatric hospital, at this new exhibit. Visitors can view drawings from the Library of Congress, and 1904 model created for the St. Louis World’s Fair, medical instruments, patient-created art, photographs, scrapbooks, furnishings, paintings and artifacts regarding the architectural wonder, which first opened in 1855, as well as learn about the development of mental health care in the U.S. and the transformation that St. Elizabeth’s is currently undergoing.

Castle in the Sky will be shown at Bethesda Row Cinema at 10:30 a.m. on Saturday and Sunday. (Photo: Tumblr)

Landmark Theatres’ annual Studio Ghibili series is back! On weekends through April 16, you can see the Japanese animated film studio’s big hits like Spirited Away, The Wind Rises and My Neighbor Totoro along with lesser-known films including Nausicaa of the Valley of the Wind and Only Yesterday. With to execptions (Totoro and Kiki’s Delivery Service), the movies will be screened in Japanese with English subtitles. The films are running on different schedules at Landmark’s E Street Cinema, Bethesda Row Cinema and West End Cinema. 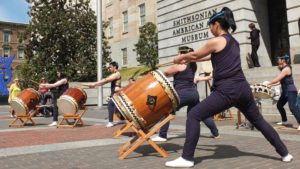 March 25 from 11:30 a.m.-3 p.m. in the Kogod Courtyard at the Smithsonian American Art Museum, Eighth and G Streets NW. Admission is FREE! 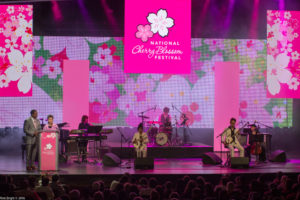 The National Cherry Blossom Festival, D.C.’s world famous springtime celebration in honor of Japan’s gift of cherry trees, officially kicks off with the opening ceremony. Enjoy traditional and contemporary performances of American and Japanese talent. Performers include Shigeyama Kyogen, which performs kyogen, a traditional form of Japanese theater that is a kind of spoken drams based on laughter and comedy; the EL Squad from the Wrecking Crew Orchestra, which revolutionized the contemporary dance genre with their signature “Light Dance,” a blend of dance, music and electroluminescent technology; May J., a J-pop singer; the 6821 Quintet, which will perform the world premiere of a commissioned piece; and D.C.’s Step Afrika! The festival continues through April 16 with signature events, including the Blossom Kite Festival on April 1, the National Cherry Blossom Festival Parade on April 8 and the Southwest Waterfront Fireworks Festival on April 15.

Returning for the second year for a pop-up performance, 6821 Quintet is a group of five performers who have come together just for the National Cherry Blossom Festival. The quintet is named after the number of miles between Tokyo and Washington. The quintet will perform a piece specifically composed for this year’s National Cherry Blossom Festival’s opening ceremony along with other classical pieces. This year, the quintet is led by violinist Mayu Kishima, First Prize winner of the First Shanghai Isaac Stern International Violin Competition in 2016. Other members include Eric Silberger, second violin; Meng Wang, viola; Clancy Newman, cello; and Michael Djupstrom and Mamiko Hirai, pianists and composers. 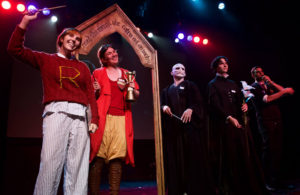 Pottercon comes to the Fillmore at 2 p.m. Sunday. (Photo: Fillmore)

Pottercon is a Harry Potter extravaganza that is for adults 21 and older only. Join fellow fans for a day of libations and plenty of magical fun, including a sorting ceremony, a costume contest, a trivia contest and more. Welcome all your wizarding and witching friends to what promises to be the most Butterbeer-filled event of the year. Squibs and magical creatures are welcome, too. 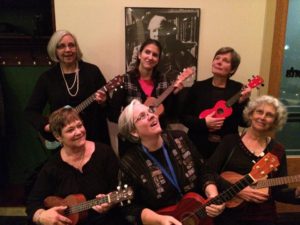 The best way to forget that the weekend is almost over is to treat your to a brief tropical vacation. Archipelago, U Street’s home of tiki and Tom Selleck, welcomes Michigan’s Allegan Ukulele Orchestra for a rare Sunday night performance. Order a pineapple filled with a potent rum drink, close yoru eyes and let the island music carry you to a place far from your Monday morning commute.