Whether your idea of a good time is a play, college basketball or wearing green at early St. Patrick’s Day celebrations, the DMV has events classy, cultural and quirky for you this weekend. And don’t forget, Daylight Savings Time begins at 2 a.m. this Sunday morning. Turn your clocks ahead an hour before you go to bed Saturday night or you will be late for brunch on Sunday. 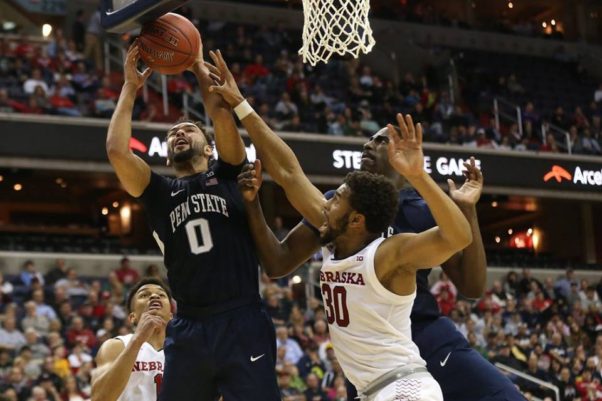 Penn State lost to Nebraska in the first round of the Big Ten Men’s Basketball Tournament on Wednesday. (Photo: Big Ten Conference)

The Big Ten Men’s Basketball Tournament, one of the most prestigious basketball tournaments in the country, comes to the District for its 2017 edition. Perennial powerhouses such as Wisconsin, Purdue, Michigan State, Michigan and hometown favorite Maryland will square off in a five-day battle for Big Ten supremacy. Be a part of a fantastic college basketball tradition for this raucous weekend.

“Emperor Twist” is one of the pieces by Polly Apfelbaum on display at the National Museum of Women in the Arts.
(Photo: Durham Press)

With Chromatic Scale: Prints by Polly Apfelbaum, the National Museum of Women in the Arts goes all chromatic in showcasing artist Polly Apfelbaum, who uses an array of bright colors and abstraction to create prints that truly pop. The exhibit explores Apfelbaum’s process for making these woodblock prints, and how her work on those has influenced her renowned large-scale installations. 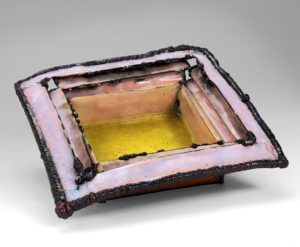 “Apollos Pool” is one of the works by June Schwarcz on display at the Renwick Gallery. (Photo: Gene Young)

June Schwarcz: Invention and Variation is the first retrospective of Schwarcz’s work in 15 years and includes nearly 60 works, several of which have never been publicly displayed. Schwarcz was one of the most innovative enamelists of the 20th century. One of her most celebrated innovations is her trailblazing work with electroplating and other industrial metalworking processes to build depth and surface variations, as well as to create geometric, three-dimensional vessels unprecedented in the history of enameling. A wide variety of her forms will be on display, from vessels and three-dimensional objects to wall-mounted plaques and panels.

From the Mouths of Monsters 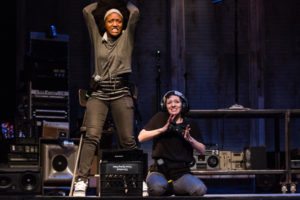 Shannon Dorsey and Tia Shearer appear in From the Mouths of Monsters at the Kennedy Center this weekend.
(Photo: Yassine El Mansouri)

In From the Mouths of Monsters, teenager Michelle struggles to find the confidence to speak. A mysterious doctor gives her a mask to help, but the gift possesses supernatural abilities that cause her to give words amazing power — and also the potential to cause terrible harm. After finding no trace of the doctor, and as others surprisingly start mimicking her newfound abilities, will Michelle be able to master the monster within? It is inspired by Mary Shelley’s enduring classic Frankenstein, which celebrates 200 years in 2018. The two-actor play that examines the monstrous power of words… and those who wield them.

How to Succeed in Business Without Really Trying 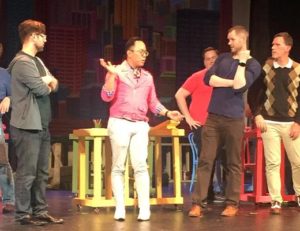 With How to Succeed in Business Without Really Trying, the Gay Men’s Chorus of Washington puts its own spin on the Tony Award- and Pulitzer Prize-winning musical by Frank Loesser that tells the story of lovable J. Pierrepont Finch and his rise up the corporate ladder. Learn about office politics, how to get your name on the door and win the secretary’s heart, all with no experience or knowledge of the job!

Based on E.L. Doctorow’s celebrated novel, Ragtime depicts three families striving for the American dream at the turn of the 20th century. As the country balances on the cusp of social change, the lives of a wealthy white family, a daring Harlem musician and a determined Jewish immigrant intersect—and their fates are inextricably bound and profoundly changed. With an expansive musical score, striking relevancy and a who’s who of 20th-century historical characters, the Tony-winning musical confronts both the unbridled optimism and the stark reality of life, liberty and the pursuit of happiness. 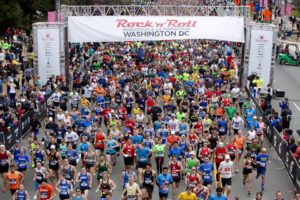 The Rock ‘n’ Roll Marathon returns to D.C. for its sixth year. Choose from three different race formats and run and rock through the city during this annual extravaganza. The two days prior to race day feature a health and fitness expo from 10 a.m.-7 p.m. at the D.C. Armory, 2001 E. Capitol St. SE, where participants can pick up their race packets and try out new running apparel and technology. Then, on the big day, conquer the marathon, half-marathon or 5K. Each of the scenic routes allow runners to marvel at the monuments and live bands will play along the race route. The Family Stone will be rocking from 11:15 a.m.-12:15 p.m. at the Finish Line Festival, which opens at 8:30 a.m.

March 11 beginning at 7 a.m. at Constitution Avenue and 14th Street SE. Race registration at the expo is $189 for the marathon, $175 for the half marathon and $75 for the 5K. There is no race day registration. The health and fitness expo and Finish Line Festival are FREE! 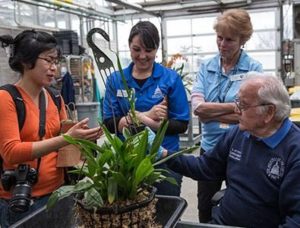 Rarely does the public get to see the U.S. Botanic Garden’s production facility, the largest greenhouse complex supporting a public garden in the U.S.. The site, completed in 1994, includes 85,000 square feet under glass, divided into 34 greenhouse bays and 17 environmental zones. In addition to foliage and nursery crops, you’ll see all of the USBG collection not currently on display, including orchids, medicinal plants, carnivorous plants and rare and endangered species. Register for one of the open house times to get a brief orientation to the facility, meet the gardeners, ask questions and wander through this working wonderland of plants. There is a limit of 50 people per entry time. Light snacks and beverages will be provided. No registrations will be taken at the door. Doors open 15 minutes prior to entry time. 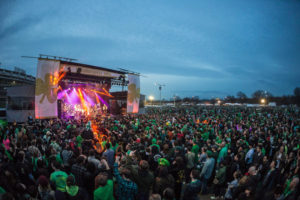 ShamrockFest is America’s largest St. Paddy’s Day festival, where thousands shake their shamrocks to Celtic rock bands. The festival will green out RFK Stadium again this year. The Dropkick Murphys, House of Pain and Coolio highlight this year’s lineup of performers that includes more than 30 entertainers on multiple stages. Plan on plenty of brews, Irish dancers and bagpipes, DJs, a hot kilted leg contest, carnival rides, extreme activities, vendors and more. It’s pure shenanigans where the beer flows strong and everyone is Irish for the day. 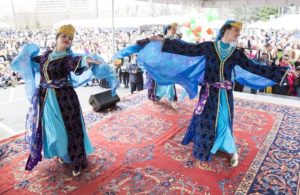 Put down the champagne and forget about resolutions. Nowruz, the Persian New Year, marks the beginning of spring. Celebrate the seasonal holiday with music, dance, food and artisanal shopping at the Nowruz Festival. Discover more than 3,000 years of tradition and customs. There will be more than 60 booths and activities for the kids. 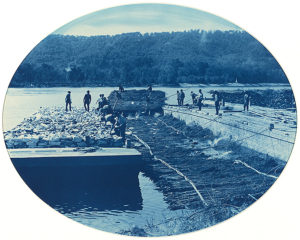 Construction of Rock and Brush Dam is part of the National Gallery of Art’s new collection of photos taken east of the Mississippi River. (Photo: Henry Peter Bosse)

See the first exhibition to solely focus on photographs made in the eastern half of the U.S. during the 19th century at East of the Mississippi: Nineteenth-Century American Landscape Photography. Incorporating some 175 works, including daguerreotypes and stereographs, the display features images of natural wonders including Niagra Falls and the White Mountains, and a country amid a cultural shift due to industrialization, the Civil War and tourism. These striking photographs helped establish the American identity and paved the way for environmentalism.

March 12-July 16 from 11 a.m.-6 p.m. at the National Gallery of Art, Sixth and Constitution Avenue NW. Admission is FREE! 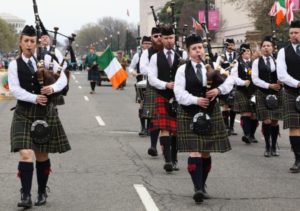 Honor the Emerald Isle with a bundle of pageantry at the 46th annual St. Patrick’s Parade, which marches for a mile down Constitution Avenue NW from Seventh Street to 17th Street. The two-hour celebration of Irish culture will feature marching bands, traditional Irish dance and the inevitable swath of green attire. The parade has grown from a small gathering on Massachusetts Avenue to a full-blown party in the heart of downtown.