11 Things to Do This Weekend in the DMV

March roared in like a lion on Wednesday. In fact, it has been such a warm winter that the National Park Service has bumped peak bloom of the cherry blossoms up to between March 14-17 – possibly setting a record early peak bloom (the earliest peak bloom to date is March 15. To accommodate the early dates, the annual National Cherry Blossom Festival’s start date will move up to March 15 from March 20. While we wait for those pink and white blooms, here are some events to fill your weekend. 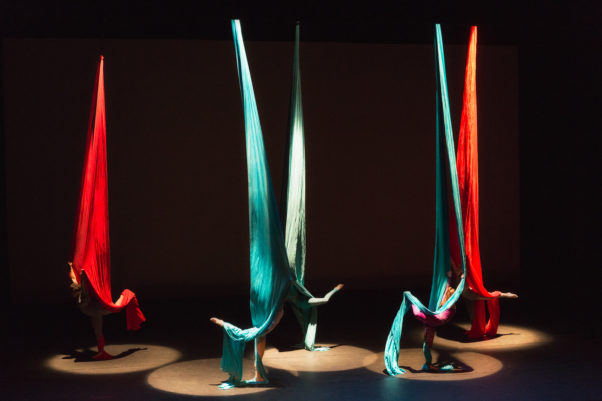 The Atlas Intersections Festival wraps up this weekend, bringing the best of D.C. arts and artists to the stage and H Street with performances, experiences and happenings that combine theatre, dance, music, vocal, choral, opera, visual arts, video, film, writing, sculpture, photography, circus, spoken word, public art, community art and art space activation of all kinds. Discover how art, culture and connection happen on H Street. This weekend’s activities include a free Family Fun Day from 10 a.m.-noon Saturday with youth-oriented performances and activities that will fill the lobby with music, balloons, clowns, storytelling and songs from the Culture Queen, a tightrope and circus play area from Zip Zap Circus, and more. Also, Clown Cabaret’s The Heist, a physical comedy in which three of the worst robbers ever try to rip off a piggy bank (10:45 a.m. Saturday) and Zip Zap Circus’ Rise!, which features arerial and acrobatic performers (1 p.m. and 6 p.m. Saturday). 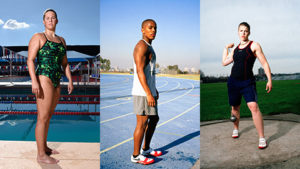 The Fearless Project features photos of more than 200 LGBTQ student athletes by Jeff Sheng and their stories. (Photo: Jeff Sheng)

Jeff Sheng’s Fearless Project features photos of more than 200 LGBTQ student athletes in the United States and Canada and some of their stories. It has drawn great acclaim, and many of the images have been featured in the New York Times Magazine, Time Magazine and Newsweek. Since 2003, Sheng has photographed more than 200 “out” athletes, and he has spoken about and exhibited the Fearless Project at more than 70 different venues, including dozens of college campuses as well as the headquarters of ESPN, Nike and the NCAA.

Through March 19 from 10 a.m.-closing in the Hall of Nations at The John F. Kennedy Center for the Performing Arts, 2700 F St. NW. Admission is FREE! 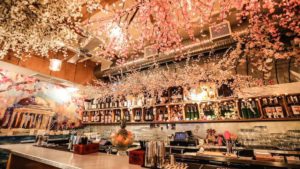 From the people who brought you Miracle on 7th Street, the Cherry Blossom PUB (pop up bar) has taken over Southern Derek Brown’s Southern Efficiency and Mockingbird Hill spaces in Shaw. The bars are decked out with cherry blossom and Japanese-themed décor and drinks. Mockingbird Hill sports an origami crane chandelier, waving cats and a blossom backdrop, while Southern Efficiency goes Super Mario with a Mario Kart contest and a staff rocking red caps and overalls. The flavors of Japan will be evident throughout drink and food offerings at both locations. Drinks include the Neko Colada with miso-infused rum and coconut, the Press Start + A with Japanese whiskey, amaro and Cynar artichoke liqueur, and the amaro-spiked It’s A Me, Amario.The pop-up bar will draw quite the crowd, so be prepared for lines to get in. 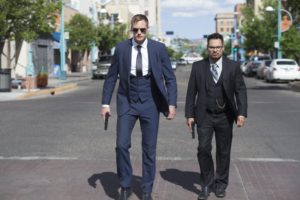 Alexander Skarsgård and Michael Peña star in War on Everyone at the Capital Irish Film Festival at 7:45 p.m. on Saturday. (Photo: Saban Films)

It is not quite St. Patrick’s Day, but sometimes it is nice to pay attention to the parts of Irish culture we didn’t totally make up as an excuse to drink more beer than is intelligent. The Capital Irish Film Festival runs through Sunday and includes a range of films as well as Q&As with writers, producers and actors. On Saturday evening at 7:45 p.m., stop by AFI Silver for War on Everyone, a black comedy starring Alexander Skarsgård and Michael Peña as two corrupt cops who set out to blackmail and frame every criminal unfortunate to cross their path. Events, however, are complicated by the arrival of someone who appears to be even more complicated than they are. 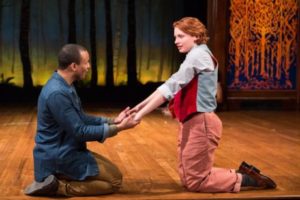 As You Like It closes at the Folger Theatre this weekend. (Photo: Teresa Wood)

Shakespeare didn’t only dabble in tragedy. You can experience one of his greatest romantic comedies, As You Like It, at Folger Theatre this weekend. Filled with humor, beauty and romance, the play follows Rosalind, who is banished from her home and ends up in the Forest of Arden, disguised as a man. However, as the tale unfurls, Rosalind discovers young love and its complexities. This is the play’s last weekend.

Sounds of the City

D.C. Music Download highlights the city’s music scene with Sounds of the City, a weekend-long festival that incorporates numerous D.C. artists, venues and organizations. Friday night features a kickoff showcase at Tropicalia beginning at 8 p.m. with performances by Ace Cosgrove, BobMoeKill, Ciscero and DJ Ayes Cold for $12. Saturday includes a D.C. record label exchange bringin together D.C.’s record labels for a chance to meet, discover and buy records from the city’s independent labels featuring live music, open mic and guest DJs all free at Songbyrd Music House and Record Café from noon-4 p.m. and a showcase on Black Cat’s mainstage at 8 p.m. featuring Den-Mate, Nag Campa, Fellow Creatures and Stronger Sex for $12. Sunday includes a free panel discussion at the Smithsonian American Art Museum from 1:30-3 p.m. on how to promote your band. 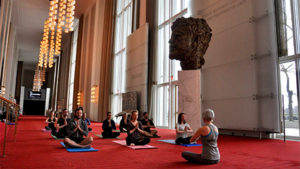 Take a free all-levels vinyasa yoga class every other Saturday during the spring and summer in the grand foyer of the Kennedy Center as part of its Sound Health program connecting the performing arts to mind-body wellness. An instructor from a different local yoga studio will lead each session. Take your own yoga mat and towel. 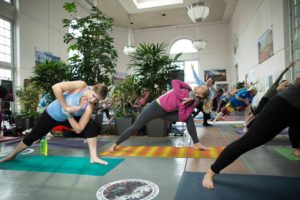 Get your zen on with yoga at the U.S. Botanic Garden. (Photo: Josh Marks)

If stretching among the plants is more your style, join With Love D.C. for a free weekly pop-up yoga session at the U.S. Botanic Garden’s Conservatory West Gallery. Take a mat, towel and water bottle. Doors open at 10 a.m. 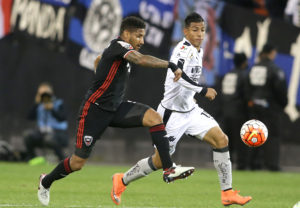 D.C. United begins its final season at the historic RFK Stadium with a matchup against Sporting Kansas City before moving to Audi Field in Southwest next year. Both teams participated in the 2016 MLS Cup Playoffs and each has championship aspirations this year. United will be led by forwards Lamar Neagle and Patrick Mullins, as well as renowned goaltender Bill Hamid.

In the Tower: Theaster Gates 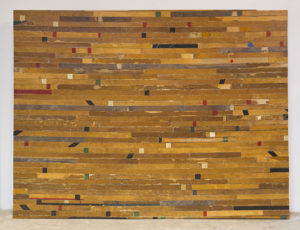 A portion of a Chicago high school gym floor is part of the In the Tower: Theaster Gates exhibit opening at the National Gallery of Art on Sunday. (Photo: White Cube)

The National Gallery of Art’s East Building presents In the Tower: Theaster Gates, a new, dynamic exhibit inside its Tower 3 galleries. American artist Theaster Gates will reveal a new body of work entitled The Minor Arts, with pieces that show how everyday objects can be turned into powerful art. In these elaborate creations, Gates incorporated the floor of a Chicago high school gym, the slate roof and marble floor from a Chicago church and the archives of Ebony magazine, among other objects. 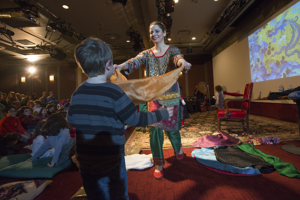