Moviegoers Go Out for Get Out

Universal Pictures and Blumhouse Productions’ horror release Get Out debuted on top with $33.3 million last weekend (Feb. 24-26). After two weekends as the leader, Warner Bros. Pictures’ animated The Lego Batman Movie fell to second place with $19.2 million. And if you are wondering, La La Land improved 2.1 percent to $4.6 million and eighth place, while Moonlight improved 9.3 percent to $591,000. 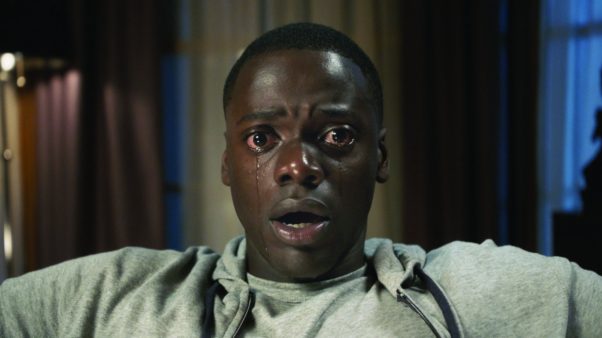 With a roughly $5 million budget, Get Out could be an early frontrunner for one of the most profitable releases of 2017. The satirical horror movie, starring Daniel Kaluuya and Allison Williams as an interracial couple who experience hauntings when visiting her parents’ house, had steadily improved in pre-release tracking over the past two months. The film was helped by its effective marketing campaign and positive reviews. Written and directed by Jordan Peele of comedy duo Key & Peele, it opened with more than triple the opening — and even more than the entire cumulative total — of Peele’s previous film, last year’s comedy Keanu.

The Lego Batman Movie has now had larger second- and third-weekend percentage drops than 2014’s The Lego Movie did. Its $133.21 million total through three weekends stands 27.2 percent behind its predecessor’s $183.0 million through the same period.

The rest of the top five were holdovers. Lionsgate’s John Wick: Chapter 2 actually rose a spot from fourth to third place, with a 50.7 percent decline to $9.36 million. The film’s $74.77 million total stands 73.9 percent above the final $43.0 million total of John Wick. Universal’s The Great Wall fell 57.6 percent to $9.13 million and fourth place. And Universal’s Fifty Shades Darker dropped 65.7 percent to $7.79 million. Its $103.73 million through three weekends is 29.6 percent below the $147.3 million that Fifty Shades of Grey earned through the same period.