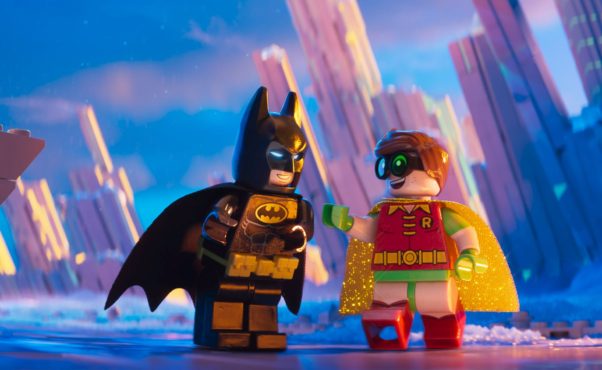 The animated The Lego Batman Movie starring the voice of Will Arnett as the title character appears highly unlikely to match the original installment’s $257.7 million total, unless it experiences a much better hold going forward than is expected.

The sexually-charged romance Fifty Shades Darker, based on the record-breaking book series, returned Jamie Dornan and Dakota Johnson in the leads, with a new supporting role starring Kim Basinger. However, Fifty Shades of Grey may not be an entirely fair comparison, as it had the highest opening of all time for a romantic drama, when adjusted for inflation. Fifty Shades Darker still takes sixth place in the genre behind such impressive competition as Titanic and The Great Gatsby. Also, Fifty Shades Grey was a massive cultural phenomenon that many felt they had to see in order to participate in the cultural conversation, regardless of whether they would actually enjoy it; by contrast, the existing fan base made up a higher percentage of Fifty Shades Darker‘s opening, which was 70 percent female and 56 percent under the age of 30. It was more front-loaded than Fifty Shades of Grey’s debut, incidcating it might fall faster.

The John Wick: Chapter 2 action sequel stars Keanu Reeves as the title character hitman. The original may not have been considered a box office success by traditional measurement with $43.0 million total, but it subsequently became something of a modern cult classic with a reputation far exceeding its gross in pure numbers. The follow-up will likely exceed the original’s cumulative total by this coming weekend.

Elsewhere, Universal’s horror Split, which led for the previous three weekends, dropped to fourth place with a 33.9 percent decline to $9.53 million. Twentieth Century Fox’s Hidden Figures became the highest grossing of this year’s Oscar Best Picture nominees, with a 21.5 percent decline to $8.00 million and fifth place. The film it beat, Lionsgate’s La La Land, took eighth place with a 33.0 percent fall to $4.94 million. And Weinstein Company’s Lion inched up into the Top 10 for the second weekend with its best weekend yet by both gross and rank: a 5.0 percent improvement to $3.05 million and ninth place.