The Grammys are, in fashion terms, quite unlike any other awards ceremony.

Known for its less formal, more avant-garde fashion risks, all rules are thrown out of the window at the Grammys – think back to Jennifer Lopez’s low-low-cut Versace gown, Madonna’s risqué matador get-up or Lady Gaga’s flamboyant arrival in an egg. It really is the anything-goes parade of outlandish fashion, and this year was no different. While some sought out a spot on the best-dressed list, others pulled out all the stops. 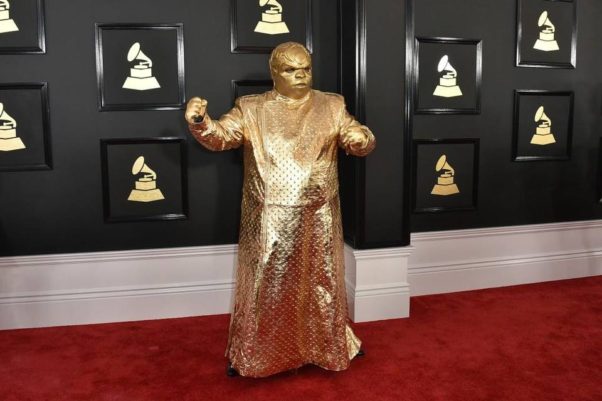 Cee Lo Green attended the 52nd Grammy Awards like a cross between the Tin Man and a Ferrero Rocher candy. (Photo: Jordan Strauss/Invision/AP)

Cee Lo Green arrived in all-gold ensemble that left him looking part Tin Man, part Ferrero Rocher, inspiring a succession of social media comparisons to C-3PO and the Sons of the Harpy in Game of Thrones. It was, in true Grammys’ style, frankly bizarre.

Similarly, singer Joy Villa caused quite a stir by mixing fashion and politics. Arriving in a stark white full-length gown, she whipped it off to reveal a blue dress emblazoned with the campaign slogan of President Donald Trump — Make America Great Again.

That being said, the fashion barometer was set at an all-time high by a more tasteful parade of attendees. 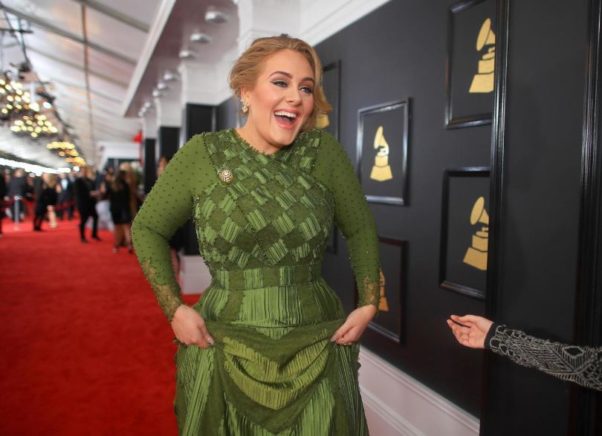 Adele, who took home five Grammys including Album of the Year for 25 and Record of the Year for Hello, sported a custom Givenchy Haute Couture silk satin and lace gown in military green that crossed at the chest and was swathed with Swarovski crystals. 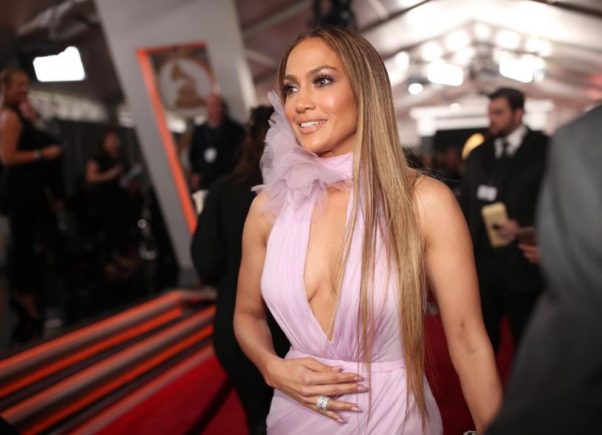 Meanwhile, Jennifer Lopez scored a knockout in a lavender Ralph & Russo gown tied with a huge tulle flower at the neck.

But despite their best efforts, all eyes were on Beyonce. The superstar, who is pregnant with twins and took home only two of the nine Grammys she was nominated for, performed in a queenly gold crown and embellished gown to match, but traded out this goddess-like look for a post-performance red-sequined, bodycon dress. 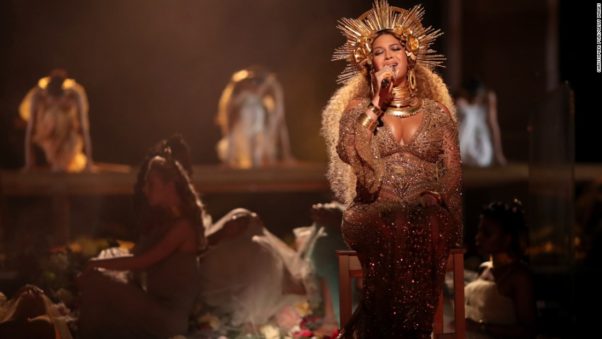 Like them or loathe them, this year’s Grammys had a few of its own unforgettable styles that’s for sure.