Despite a cold start Friday, the weather this weekend should be mild enough to get out and do something. Here are some ideas for your pre-Valentine’s Day weekend. 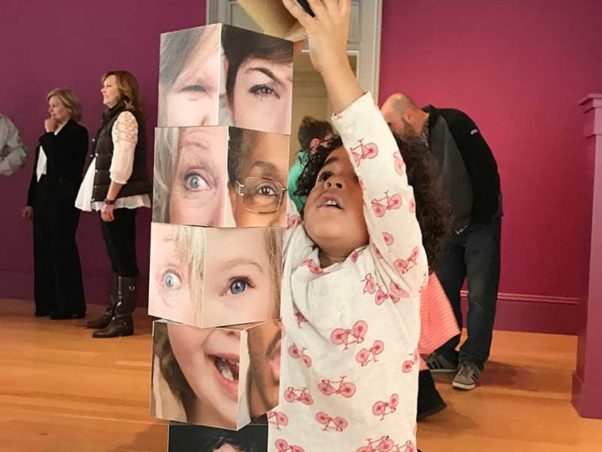 Explore! With the National Portrait Gallery

In partnership with Explore! Children’s Museum of Washington, D.C., the National Portrait Gallery has opened Explore! With the National Portrait Gallery, its first-ever space dedicated to children. Kids can experiment with portraiture, trace each other’s silhouettes, strike poses for a video art piece and play with expression and emotion with illustrated blocks. Kids from 18 months old to 8 years old (accompanied by an adult) are the intended audience for this new, cutting-edge installation.

Tuesday through Sunday from 11:30 a.m.-6 p.m. at the National Portrait Gallery, Eighth and F Streets NW. Admission is FREE! 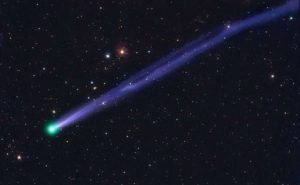 Comet 45P/Honda-Mrkos-Pajdušáková during its last pass in 2011. (Photo: NASA/JPL-Caltech)

Turn Friday night into a cosmic experience – a full moon, lunar eclipse and the chance to see a pale green comet as it streaks by Earth. This month’s so-called Snow Moon will pass through Earth’s outer shadow Friday evening. As it is shaded from the sun’s light, it will turn varying shades of gray. By the middle of the eclipse, about 7:44 p.m., the northern third of the moon will be noticeably darker gray. But let the kids stay up late, because Comet 45P/Honda-Mrkos-Pajdusakova makes its closest approach to Earth at 10:30 p.m. The greenish comet will be visible by telescope and binoculars, but not to the naked eye. 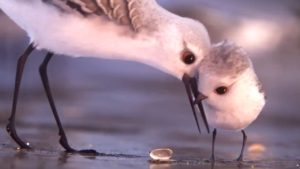 This is your chance to watch all the animated, live-action and documentary shorts up for Academy Awards, including Piper, the entry from Pixar (always the one to beat). You can take in one category right after another, or see them all over the course of a few days if you are a wimp. Note to parents: The animated Pear Cider and Cigarettes isn’t appropriate for kids, but they stuck it at the end so you can leave early. 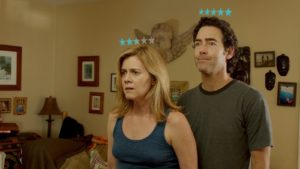 Maggie must find courage to own up to her behavior when she wakes up to find every adult has received a Yelp-like star rating floating over their head. (Photo: Rated the Film)

If you would like to see some short films that didn’t quite get the Academy’s nod, head to D.C. Shorts Wins! Divided into two showcases presented back to back, the event highlights some of the films from D.C. Shorts’ 2016 festival, all of which won either jury or audience choice awards including Rated about a woman who must find courage to own up to her behavior when she wakes up to find every adult has received a Yelp-like star rating floating over their head and The Chop, a comedy about a kosher butcher who, after losing his job, pretends to be a Muslim to get work at a halal butcher shop.

Selfie: Me, Myself and Us 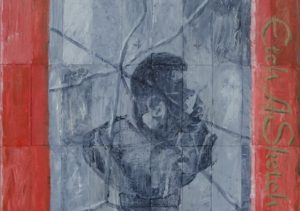 Do selfies represent the downfall of our self-absorbed culture? Are we drowning our deep selves in a shallow, mesmerizing pool of our own digital reflections? Selfie: Me, Myself and Us features work by eight local artists who examine our cultural obsession with selfies and our narcissistic desire to record and manipulate digital representations of ourselves. People mold their digital identities through selfies, carefully constructing alternate worlds where appearance is more important than reality. Artists have been engaging in this same act of self-portraiture for thousands of years, since paint first appeared on cave walls. In this display, the Sparkplug Collective explores concepts of identity, transformation and personal deception through painting, sculpture, mixed media, photography and a site-specific performance. 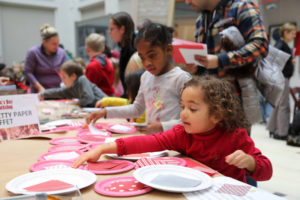 The National Postal Museum celebrates Valentine’s Day with this special Valentine’s Day Card Workshop that the entire family can enjoy. The free event will feature papers, vintage stamps from all over the world and plenty of supplies for you and your loved ones to create your unique valentines. You can also stop by the museum’s stamp store for a National Postal Museum postmark after you create your cards! All ages welcome and no registration is required. 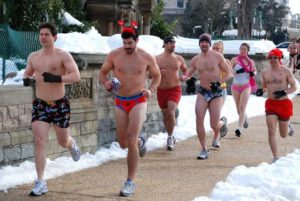 Cupid’s Undie Run is a “brief” fun-run that takes place in the middle of a BIG party. That’s right: party, run (a mile-ish at your own pace) around Franklin Square and party some more. Last year the national event helped raise more than $3.5 million for the Children’s Tumor Foundation. If you’re 21 or older, strut your stuff in skimpy attire as part of a team or solo, and enjoy pre- and post-run fun, including an awards ceremony at 2:15 p.m. and an earned open bar (raise at least $250). The actual run is at 3 p.m.

Love is in the air and what better way to celebrate than with music and dancing. So ladies, make your choice and invite that special person to join you for a night of fun, music and dancing at Silent Dance Society’s Sadie Hawkins RomDance Night. Dance to your own beat with three different live DJs. The wireless headphones let you choose between three live music channels offering everything from the old school groove to Top 40 and an electronic dance mix. 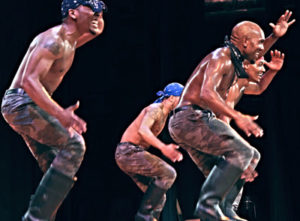 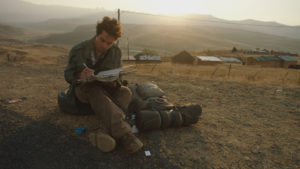 The D.C. Independent Film Festival kicks off Wednesday with Journey Is the Destination. (Photo: DCIFF)

The D.C. Independent Film Festival is D.C.’s longest-running independent film festival. This year it presents another diverse body of narrative features, documentaries, shorts, student films and animated works. Filmmakers can also nerd out at informative seminars and workshops. With dozens of entries, the festival will premiere films from all over the world.

Feb. 15-20 at various times at the Naval Heritage Center, 701 Pennsylvania Ave. NW and the Miracle Theater Church, 535 Eighth St. SE. Individual tickets are $7-$12 online or at the door. Seminar admission is $16. All-day weekend passes are $40.