Universal Pictures’ horror thriller Split commanded the box office for the third consecutive weekend with $14.24 million. Paramount Pictures’ horror sequel Rings debuted in second place with $13.00 million, giving both the top two spots to horror films for the first time in many years. STX Entertainment’s new release The Space Between Us started in ninth place with $3.78 million. And Weinstein Company’s multiple-Oscar nominee Lion finally cracked the Top 10 with a 60 percent surge to $3.76 million and 10th place. 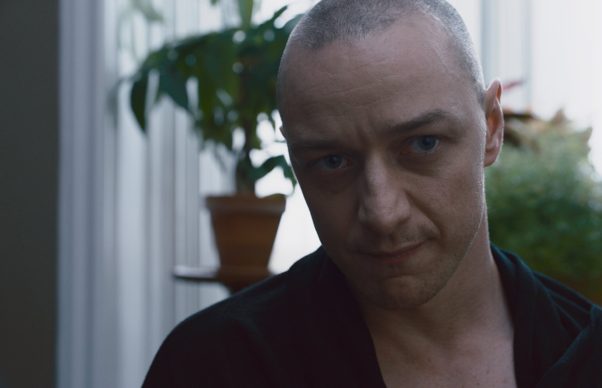 Box office three-peats have been unusually common in the past few months, as Rogue One: A Star Wars Story did it in December/January and Moana did it in November/December. But both of those were among the most anticipated films of the year, as were several other films that accomplished the feat in 2016 such as Suicide Squad, Finding Dory, The Jungle Book and Star Wars: The Force Awakens. On the other hand, Split came somewhat out of the blue. Some of the earliest long range forecasts didn’t even have it leading on its opening weekend (although the forecasts almost all did by a few days before release, as the film steadily gained in pre-release buzz). Now it stands just shy of the $100 million mark, having earned $98.54 million total, and should likely cross $100 million early this week.

The main competitor for first place fell just a bit short, as Rings opened in second place with poor audience reviews. It started below the $15.0 million opening for the original The Ring, which was released in 2002, when ticket prices were much lower. Adjusted for inflation, the comparisons look even worse, debuting 41.8 percent behind The Ring and 72.5 percent behind 2005’s The Ring Two. But with a $25 million budget, this installment still might be able to make it into the black.

Both of the top two films at the box office were horror releases, something that hasn’t happened this decade. Horror doesn’t even take first place for the weekend that often, but the times it’s happened in the past five years — including Don’t Breathe, The Conjuring 2, Ouija, Insidious Chapter 2, The Conjuring, The Purge , Evil Dead, Texas Chainsaw 3D, Paranormal Activity 4 and The Possession — didn’t see a fellow horror release in the second spot.

Rounding out the top five are three holdovers: Universal’s A Dog’s Purpose with a 42.3 percent decline to $10.51 million, 20th Century Fox’s Hidden Figures with a 27.2 percent drop to $10.19 million, and Lionsgate’s awards frontrunner La La Land with a 39.7 percent fall to $7.37 million.

Speaking of awards contenders, Lion more than doubled its theater count to 1,405 screens, its highest nationwide screen count yet. In the process, it cracked the box office /top 10 for the first time. The film has now taken in $24.47 million total.

The Space Between Us debuted in ninth place, even though audience reaction was favorable. That was about in line with the already-low projections for the title, and with an estimated $30 million production budget, the film appears unlikely to even reach $10 million. However, STX’s share of the budget is only $3.7 million after co-financing and tax credits.