Split Rolls on at Top for Second Weekend 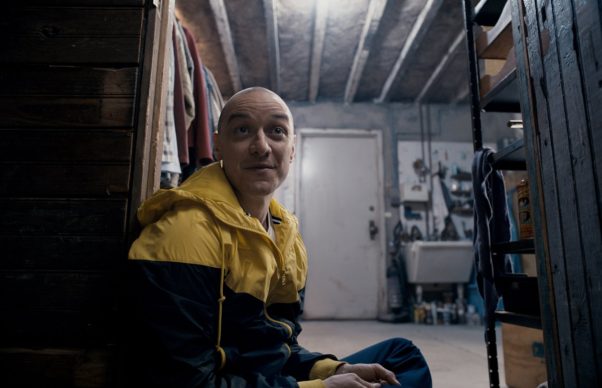 Split has now earned $77.39 million total, on a production budget estimated at under $10 million. The film is likely to reach $100 million, a very rare status for a non-sequel horror film. The last time a non-sequel horror broke $100 million was The Conjuring in the summer of 2013. It is currently running 9 percent ahead of the $71.0 million of The Conjuring 2 through two weekends and is already 18.7 percent ahead of the final $65.2 million total of The Visit.

The question is can it lead next weekend for a third consecutive time? It is possible. If Split drops by a similar percentage next weekend as it did last weekend, it should earn in the mid-teens. The two new debuts will be fellow horror release Rings and sci-fi drama The Space Between Us, of which current tracking indicates only the former stands a real shot at taking first place. It could be close, but Split might just pull off the rare three-peat, which virtually nobody predicted prior to its release

In second place, the family drama A Dog’s Purpose managed to largely sidestep the controversy surrounding last week’s leaked video purporting to show animal abuse on the set, with a weekend total about in line with pre-release estimates. The film opened about in line with several other recent dog-themed films, starting ahead of the $12.1 million opening of 2005’s Max while starting slightly below the inflation-adjusted opening of 2009’s Hotel for Dogs

Sci-fi action sequel Resident Evil: The Final Chapter debuted in fourth place, the lowest opening weekend among the six films in the Resident Evil series. Adjusted for inflation, the next-lowest opening had been held by previous installment Resident Evil: Retribution in 2012, but even that took in $21.0 million. With these domestic earnings, a sequel is unlikely enough that it may have been “the final chapter” even if that phrase hadn’t appeared in the title, although the film has been doing much better overseas, especially in Japan. Unless the film defies the odds and experiences a strong hold, this installment will most likely be the lowest grossing one in the franchise, which adjusted for inflation is currently Resident Evil Retribution with about $47.0 million in today’s dollars.

Following its record-tying 14 Academy Award nominations, La La Land expanded to its highest theater count to date with 3,136 theaters, a 68.1 percent expansion above its previous high of 1,865 theaters. Expect strong holds for the next month on amazing word of mouth and the film’s Oscar buzz between now and the actual ceremony in late February.

Coming in 10th place was Weinstein Company’s comedy-drama with $3.47 million. The Matthew McConaughey film wasn’t expected to do great at the box office, but its $1,602 per-screen average was quite a bit less than the $3,053 that Weinstein’s fellow comedy-drama The Founder started with per-screen just the prevous weekend. In fact, Gold‘s opening weekend was just 1.9 percent above The Founder despite playing on nearly double the number of screens.