Rogue One Defeats Competition in Theaters

Walt Disney Studios’ Rogue One: A Star Wars Story vanquished its competition at the box office last weekend (Dec. 16-18) with a $155.08 million debut. That is the third-highest opening of the year, after May’s Captain America: Civil War with $179.1 million and March’s Batman v Superman: Dawn of Justice with $166.0 million, although it is 37.4 percent behind the $247.96 million debut of Star Wars: The Force Awakens last December. 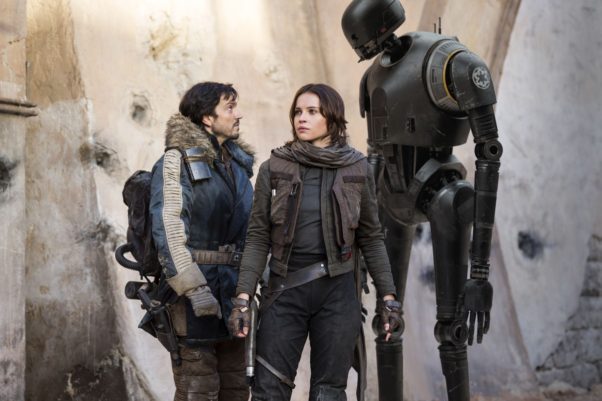 Helped by viral marketing hinting at the first appearance of the iconic Darth Vader in a film since 2005, the spinoff — which takes place between the original and prequel trilogies — opened 6.5 percent ahead of the $145.6 million inflation-adjusted opening of 2005’s Revenge of the Sith.

Could Rogue One become the highest grossing movie of 2016? The title is currently held by June’s Finding Dory with $486.2 million. Six of the seven previous Star Wars films were the best-performing films at the box office of their respective years, with 2002’s Attack of the Clones the lone exception. Finding Dory started with only the fourth-best opening weekend of 2016, but out-earned Captain America: Civil War and Batman v Superman: Dawn of Justice in the long run by holding up much better over the subsequent months debuting. Rogue One’s word of mouth could be helped by its positive — if slightly mixed — reviews. And it should also face less competition heading into January than those aforementioned films did during the blockbuster-heavy summer season.

This is icing on the cake for what was already a record-breaking year for Disney. Even without Rogue One, the studio’s films had already earned $2.60 billion during the year, breaking the annual record of $2.44 billion set by Universal Pictures last year. Now Rogue One, Disney’s final release of 2016, might even catapult the studio past $3 billion total by Dec. 31, a staggering sum in an industry where studios almost never even reach $2 billion in a year.

In other box office news, Disney’s Moana, the box office leader for the past three consecutive weekends, fell to second place with a 31.3 percent drop to $12.72 million. The film has earned $162.92 million through 26 days, which is 15.2 percent behind 2013’s Frozen with $192.03 million through the same period of wide release.

Paramount Pictures’ holiday comedy Office Christmas Party, the previous weekend’s runner-up, fell 49.1 percent to third place with $8.59 million. Among this season’s three main holiday films, that’s a bigger drop than the 46.8 percent second-weekend fall of Bad Santa 2, but less than the 52.0 percent drop decline of Almost Christmas. Office Christmas Party will probably end up as the highest grosser of the three, with $31.66 million total through 10 days, compared to $25.63 million for Almost Christmas and $11.96 million for Bad Santa 2, which dropped 82.3 percent its second weekend, through the same point.

Warner Bros. Pictures’ drama Collateral Beauty failed to capitalize on the name recognition of Will Smith, once the single most bankable star in Hollywood, with an underwhelming fourth place debut of $7.10 million. That is 32.4 percent behind the $10.51 million of Smith’s previous December release, last year’s Concussion, which was itself considered a box office disappointment. Collateral Beauty also only starts with about half of the $14.28 million and $13.92 million earned by the two newcomers in their openings against last year’s blockbuster Star Wars film — Alvin and the Chipmunks: Road Chip and Sisters, respectively.

And Lionsgate’s Best Picture contender La La Land expanded from five to 200 theaters, taking seventh place with $4.10 million — very impressive given its still-limited release. That is despite playing on at least 1,000 fewer screens than any other film in the Top 10. After a near-record $176,200 per-screen average the previous weekend, that statistic dropped to an estimated $20,100 last weekend, although that is to be expected given its expansion.