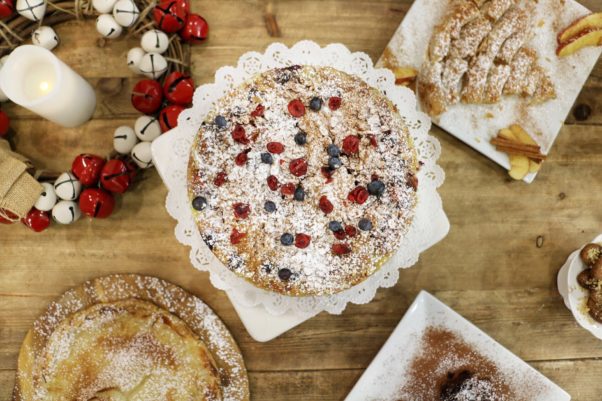 It carries an array of pies ($6.50-$7.95) – big, small, round, long, triangular. Some are made by Alfa; others use Alfa phyllo dough but are created in-house using Barbarigou’s recipes. Fillings include feta, leeks, greens, spinach and olive paste, which are put together in various combinations and shapes.

Savory favorites include the vegetarian kihi pie filled with feta, Kalamata olives and extra virgin Kalamata olive oil twisted into a spiral shape; the vegan paros pie, a double barrel of thin, crunchy phyllo filled with mashed potatoes, spring onions, and olive oil; and the traditional feta cheese pie filled with fresh feta and olive oil. Diners can also choose mini versions ($1.99 each or six for $8.95) of the pies. The phyllo on the pastries is flawlessly cooked to a crispy, burnished gold. (Yes, you will have to contend with a shower of crumbs with each and every bite.) 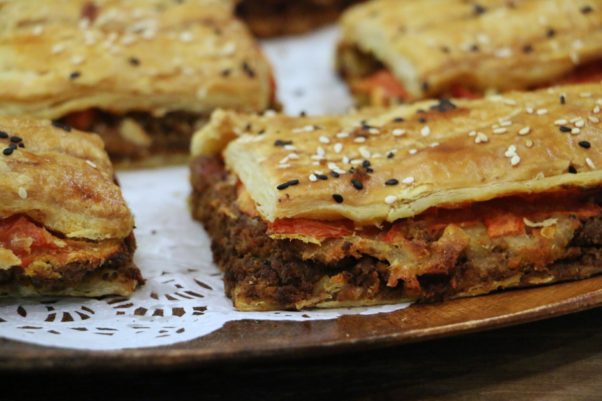 Sweet offerings include the vegetarian vanilla cream galaktoboureko ($6.75) filled with thick, creamy custard and drizzled with syrup; the vegan double pumpkin roll ($5.25) made with pumpkin custard and crispy phyllo dusted with cinnamon sugar; and classic baklava ($6.25) with chopped pistachios, walnuts and syrup in phyllo layers. Sweet pies come in flavors such as apple, chocolate and orange. We were particularly enamored of the kihi cream pie ($6) with cream custard and kissed with just the right amount of cinnamon sugar. 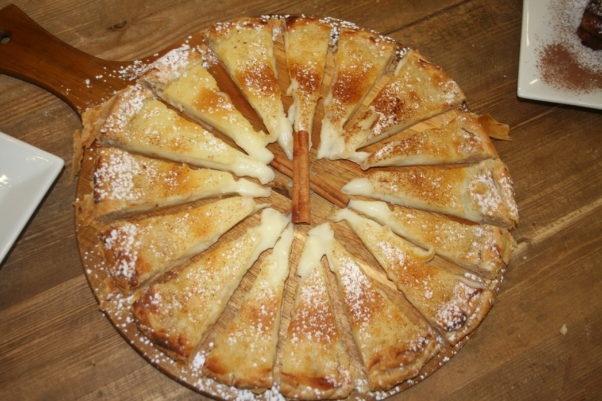 The kihi cream pie is filled with cream custard and kissed with just the right amount of cinnamon sugar.
(Photo: Mark Heckathorn/DC on Heels)

Sweet and savory phyllo pies aren’t the only item on the menu, though. There are sandwiches featuring ham, cheese and vegetables, as well as soups, salads and La Colombe coffee beverages ($3.25 and up). And what would a Greek cafe be without yogurt? Alfa Piehouse has a Greek yogurt breakfast bar, where guests can choose their own toppings such as Creatan thyme honey, flax seeds, pomegranate, walnuts, oats, powdered cinnamon, traditional preserved fruits, chocolate praline, or even a savory version with cucumber, fresh dill, mint and anise seeds drizzled with extra-virgin Kalamata olive oil. For those craving something savory, the café’s American Breakfast ($6.75) is a freshly-baked puff pastry filled with free-range eggs, bacon, Gruyere cheese and chives. 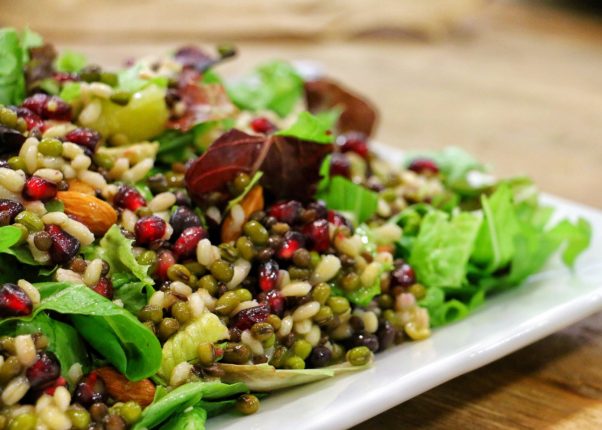