Walt Disney Studios’ Moana topped the box office for the third consecutive weekend (Dec. 9-11) with $18.53 million, a 34.5 percent decline. That brings the animated film’s total domestic earnings to $144.70 million after three weekends. Moana is performing similarly to Walt Disney Animation’s 2015 Big Hero 6, which had grossed $135.7 million domestically at the same point. Big Hero 6 went on to finish its North American run with $222.5 million. 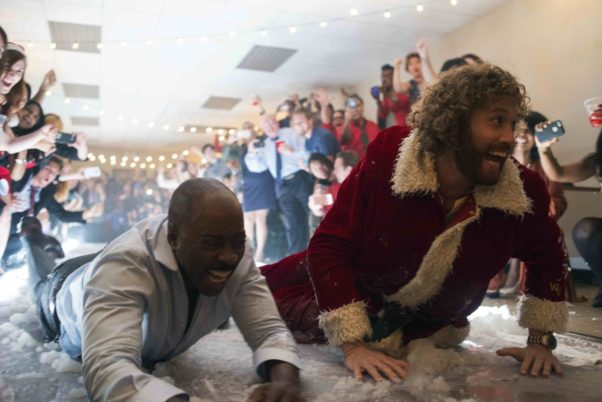 Fantastic Beasts and Where to Find Them finished its third weekend on the verge of hitting the $200 million mark in North America. The film took in $10.42 million from 3,626 screens, placing third overall. The film continues its great run overseas, taking in $33.1 million from 67 markets last weekend. The film has grossed $480.7 million outside of North America and $679.7 million worldwide.

Two films that were previously in fewer than 100 theaters expanded into the Top 10, as Focus Features’ Nocturnal Animals took seventh place with $3.16 million and Roadside Attractions’ Manchester by the Sea took eighth place with $3.13 million from only 366 screens. That brought Nocturnal Animals’ earnings to $6.19 million and Manchester by the Sea’s earnings to $8.30 million.

Unfortunately, EuropaCorp’s political drama Miss Sloane couldn’t find similar success in its own expansion and disappointed in 11th place with only $1.84 million, bringing its total earnings to $1.98 million.

The big story of the weekend took place in limited release as Damien Chazelle’s La La Land claimed the highest per-screen average of the year after an $881,104 debut from five locations. That’s a stunning $176,221 per-screen average for Lionsgate’s musical. Adjusted for inflation, that is the fourth-highest per-screen average opening ever for a live action film, behind only 2011’s Red State, 2014’s The Grand Budapest Hotel and 1996’s Evita. It expands this coming weekend, providing an alternative to Star Wars: Rouge One for older audiences.

Other limited releases that are promising include Fox Searchlight’s Jackie and The Weinstein Co.’s Lion. Lion grossed $176,221 from 15 locations, bringing in $11,224 per-screen average and bringing it to a $490,548 total after three weeks in limited release. Jackie brought in $492,255 in its second weekend, playing in 26 locations for a $18,933 per-screen average. The awards contender enters awards season with an $857,080 domestic gross.