Walt Disney Studios’ Moana led the box office for the second straight weekend (Dec. 2-4) with $28.27 million, a 50.0 percent decline. The animated musical, which led the previous Thanksgiving weekend as well, has now earned $119.79 million total through 12 days, which is 24.0 percent above the $96.57 million earned by Tangled through the same point, although 10.8 percent behind the $134.25 million earned by Frozen through 12 days of wide release. It is a possibility that Moana could three-peat this coming weekend too, depending on how much the top new release Office Christmas Party earns. 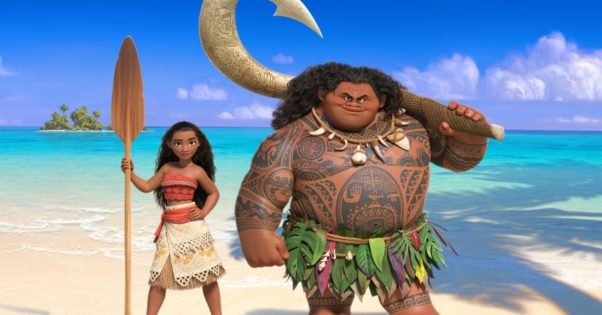 Warner Bros. Pictures’ Fantastic Beasts and Where to Find Them took second place for the second straight weekend as well, with a 59.8 percent drop to $18.12 million. The fantasy Harry Potter spinoff dropped 59.8 percent, a steep drop relative to its previous 39.4 percent second-weekend decline over the Thanksgiving weekend, when most films experience mild declines. It has now earned $183.08 million through 17 days, which is 2.4 percent lower than even the lowest of the eight Potter films on that metric: 2004’s Harry Potter and the Prisoner of Azkaban had earned an inflation-adjusted $190.92 million through 17 days.

Paramount Pictures’ Arrival rose to third place from fifth place the previous weekend, with a mild 36.5 percent drop to $7.27 million. Some were projecting it would come in as low as fifth place behind Allied and Doctor Strange.Arrival posted a 36.5 percent fall, the lowest of any film in the top 10. That was true last weekend as well, when its stunning 5.6 percent drop was also the lowest of any film in the top 10. Impressively, Arrival also notches the second-best hold for any film during the post-Thanksgiving weekend in the past 15 years, behind only Hugo‘s 33.5 percent decline in the post-Thanksgiving weekend of 2011. Clearly, the positive word of mouth keeps propelling Arrival forward, giving it a $73.05 million total through four weekends.

The weekend’s only new wide release, Incarnate from High Top Releasing and BH Tilt, debuted in ninth place with $2.53 million. The horror film starring Aaron Eckhart was released and marketed under a never-before-tested model, an intended middle ground between traditional wide theatrical release and video-on-demand. The movie was released in 1,737 theaters — on the lower end for a national release — at locations historically frequented by die-hard horror fans, with a low-budget marketing campaign totaling in the single millions. The studio claimed they would consider it a success if the film opened in the $4 million-$5 million range. Even under those expectations, though, the film only achieved a little more than half of that hoped-for range.