Warner Bros. Pictures’ fantasy Harry Potter spinoff Fantastic Beasts and Where to Find Them commanded the box office last weekend with a $74.40 million debut, more than quadruple the next-closest film although lower than the debuts for any of the original Potter movies. 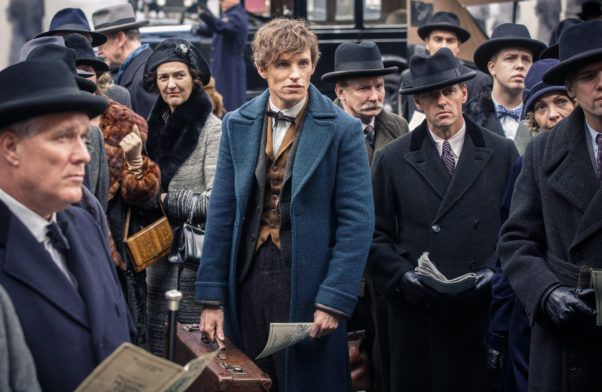 Fantastic Beasts and Where to Find Them led the box office last weekend with $74.40 million. (Photo: Warner Bros. Pictures)

The fantasy starring Eddie Redmayne had an audience that was only 35 percent under age 25, a figure more adult than the youth-and-teenage-targeted Potter films since the spinoff contains almost entirely adult characters. It wasn’t entirely positive news, however. The real question heading into the weekend was whether the J.K. Rowling-penned spinoff would earn about the same as the eight “in sequence” Potter films, but it opened with substantially less. The lowest Potter opening was the sixth film, 2009’s Harry Potter and the Half-Blood Prince, with $77.8 million or about $89.8 million adjusted for inflation — and that was after opening on a Wednesday, deflating its opening Friday-to-Sunday weekend total. And even that film sold about 20 percent more tickets than Fantastic Beasts.

Walt Disney Studios’ superhero Doctor Strange fell after two consecutive weekends on top, but held onto second place with a 58.7 percent drop to $17.76 million. Twentieth Century Fox and DreamWorks’ animated Trolls also slipped one spot and took the bronze medal with $17.44 million, a 50.1 percent drop from the previous week.

The other new wide releases weren’t so hot, although to be fair they opened in less than half as may theaters nationwide as Fantastic Beasts, which opened in the seventh most theaters of any film this year. STX Entertainment’s teen comedy The Edge of Seventeen starring Hailee Steinfeld opened with $4.75 million. Open Road Films’ boxing drama Bleed for This, which stars Miles Teller, debuted with $2.36 million. And Sony/TriStar Pictures’ military drama Billy Lynn’s Long Halftime Walk expanded into wide release with $901,000 to finish in 13th place. The Oscar contender opened with an impressive if not jaw-dropping debut in limited release the previous weekend, but that didn’t seem to help during its nationwide expansion.