The Doctor Is In: Doctor Strange Tops Sales

Walt Disney Studios’ superhero film Doctor Strange continued Marvel’s winning streak with an $85.06 million debut over the weekend (Nov. 4-6). Twentieth Century Fox and DreamWorks’ Trolls opened strong with $46.58 million, the best animated debut since The Life of Pets in July. And Lionsgate’s war drama Hacksaw Ridge debuted about in line with expectations at $15.19 million, although that was less than many war dramas in the past few years. 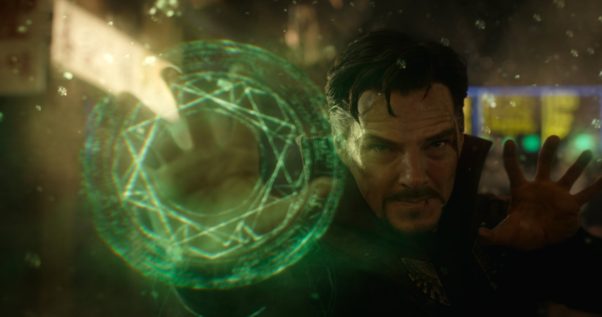 Doctor Strange debuted at the top of the box office with $85.06 million. (Photo: Marvel)

Doctor Strange, starring Benedict Cumberbatch and Rachel McAdams, began at or above other recent comparable superhero films: 48.7 percent above the $57.22 million start of last summer’s Marvel film Ant-Man, 29.3 percent above the $65.76 million debut of this summer’s superhero movie X-Men: Apocalypse and almost exactly equal to the previous November Marvel film, the $85.73 million opening of 2013’s Thor: The Dark World. It also starts 20.8 percent above the start of the blockbuster that led on the same weekend last year, the $70.40 million start of James Bond installment Spectre.

The film’s audience was only 8 percent teen and 33 percent under age 25, both very low figures for the youth-targeted superhero genre, indicating that this movie likely had more adult appeal. That in turn could help its box office in coming weeks as well, as adult-centered titles tend to stay around longer than the front-loaded films aimed at younger crowds. The audience was also 58 percent male.

It also performed terrific in IMAX, as the first film to ever play on more than 1,000 IMAX screens globally in a single weekend grossed $12.2 million on the large screen format over the weekend. 3D screenings made up about 47 percent of the film’s weekend gross, according to RealD. The film’s astounding visual effects were greatly enhanced by both the IMAX screens and 3D, and the increased prices for such tickets helped the overall gross as well.

Coming in second place was Trolls. If not for Doctor Strange defeating it, that would have been the best weekend for a film since Suicide Squad started with $133.68 million on Aug. 5. The animated film with the voices of Anna Kendrick and Justin Timberlake started 5.6 percent above the $44.21 million opening of fellow animated movie The Peanuts Movie on this same weekend last year and also 22.1 percent above the $38.15 million start of fellow childrens’ toy/game adaptation The Angry Birds Movie from May. Trolls earnings was a fairly backloaded figure which is potentially a good sign for its revenue in the weeks to come — if Disney’s animated Moana doesn’t knock it out in a few weeks.

Hacksaw Ridge, the World War II drama starring Andrew Garfield and directed by the controversial Mel Gibson, finished in third, which is as high as could have realistically been expected given its blockbuster-style competition. Still, the film started below other recent World War II dramas: 35.9 percent behind the $23.70 million opening of 2014’s Fury, and 50.4 percent below the $30.62 million debut of 2014’s Unbroken.

The top 10 films last weekend made an estimated cumulative $180.66 million. That’s more than double the top 10’s $74.20 million total last weekend, 143.4 percent higher to be exact. That was no doubt helped by the strong reviews for the new titles, especially Doctor Strange and Hacksaw Ridge, compared to terrible reviews for the top films last weekend: Boo! A Madea Halloween and Inferno. The top 10 last week is also 21.4 percent higher than the $148.79 million on the same weekend last year, when Spectre led the box office with $70.40 million.