Eyewear Trends Through the Ages

Being able to see clearly is something that everyone wants, and yet good vision is often taken for granted. Before the development of eyeglasses, people just had to put up with objects being blurred and fuzzy around the edges. Fortunately, that is no longer the case, though the history of eyewear stretches back further than you might think. 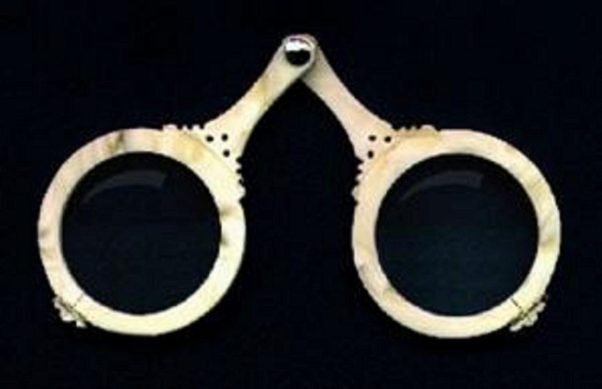 Early spectacles were two round lenses fixed by a hinge that came to a point above the nose and held on by ribbon or cord tied around the ears. (Photo: Muslim Heritage Images)

The development of eyeglasses

As soon as the technology was in place to magnify objects through lenses, the concept of a pair of eyeglasses was born. Eyeglasses were first developed in the 13th century and were admittedly crude objects, but they did the trick of enlarging objects and making them appear clearer. However, it was in Florence, Itlay, around the middle of the 15th century that eyeglasses really came into common use. These were, to our modern eyes, peculiar looking, being two round lenses fixed by a hinge that came to a point above the nose and held on by ribbon or cord tied around the ears. Gradually, this design was refined until eyeglasses developed the more familiar metal arms and nose bridges we know today.

In the 1920s, it was the height of fashion to wear tortoiseshell-framed glasses that had large, round lenses. A decade later, sunglasses arrived. Colored lenses had been used in frames before this, but now the lenses were able to absorb infrared and ultraviolet light to protect the eyes. The popularity of sunglasses was escalated because of the need for pilots to wear them in World War II, and they soon became an essential in civilian life.

Moving into the 40s and 50s, there was an explosion in the variety of styles available. One of the most iconic designs to come out of the latter half of the 20th century was the oversized, almost bug-like frames, most commonly used in sunglasses and popularized by Jackie Kennedy Onassis, while another was the hippy-style, round glasses as worn by John Lennon that remain a firm favorite today. Towards the end of the 20th century, frames diversified and became distinctly modern, moving from circles to rectangles, with some even losing their rims to become the ultimate in barely noticeable design. 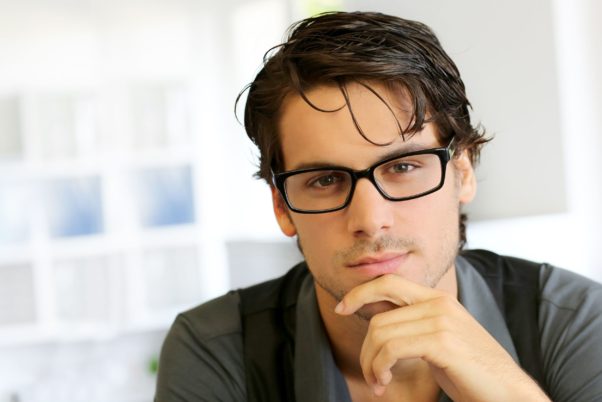 Modern eyeglasses come in a variety of shapes and sizes. (Photo: Stock)

Glasses suffered something of a decline in popularity with the advent of the contact lens, a nifty piece of eyewear that appealed to people who did not want frames cluttering up their face. Originally manufactured as hard lenses, which were uncomfortable and required constant cleaning, the contact lens of today is hardly felt by the wearer. An alternative for people who want to wear neither contacts nor eyeglasses is laser eye surgery or Lasik. What Lasik does is use a laser to reshape the cornea and thereby affect how light enters the eye to improve focus. It is important you go to a reputable company, so do your research and make sure you visit a specialist that will provide the utmost care. Wolfe Eye Clinic is one such company, and they tackle a number of eye disorders, which you can find out more about on their blog. They have a number of clinic locations, so you’ll easily be able to find your nearest specialist, such as Lasik Des Moines. Anyone with short- or long-sightedness, or astigmatism, are suitable candidates for Lasik eye surgery and will be able to enjoy near-perfect vision within days, perhaps even within 24 hours, of the operation.

Despite the alternatives, glasses are still hugely popular eyewear choices, and frame styles are often chosen as a fashion accessory, designed to complement a person’s character and fashion taste. Whatever your style, whether subtle or bold, colorful or neutral, there is a frame to suit you.