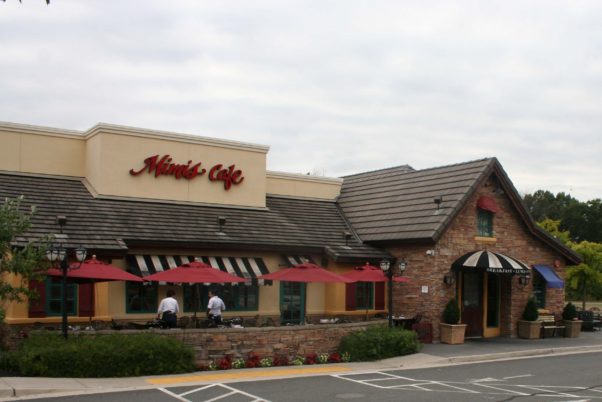 The new entrée is an original recipe developed by Michael Watz of Evanston, Ill., who submitted it as part of a contest at the 97-store chain. He won a trip for two to France for submitting the winning entry. Ellise Pierce, author of Cowgirl Chef: Texas Cooking with a French Accent and the cowgirlchef.com website, chose the dish from more than 175 recipes entered by customers.

“This one-of-a-kind dish brings the lavender of the French countryside to America’s beloved grilled thick-cut pork chop,” Pierce said in a press release. “We went looking for an original French-inspired, American comfort food recipe to feature at Mimi’s cafes and we found dozens. In the end, the light honey and herb glaze with the smoky grilled pork won us over.” 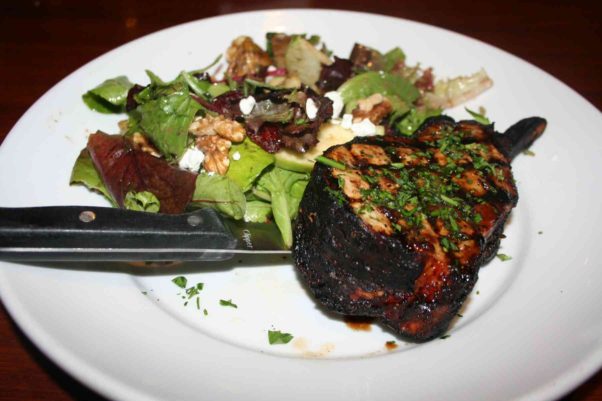 “The honey lavender pork chop fits right in at Mimi’s and complements our offerings, all of which are simply prepared and authentic,” said Stewart Slocum, Mimi’s chief marketing officer. It is also the only pork entrée on the restaurant’s current menu.

I was invited out to Dulles Town Center last week to preview the new dish, and I must admit that I was skeptical about the lavender. I imagined the pork chop would be sickly sweet, doused in honey and taste of flowers. But instead, the flavors meshed perfectly, and the dish won me over.

While the salad had a good variety of ingredients, I wasn’t particularly fond of the dressing or the “potato croutons,” which were actually chunks of cold potatoes. In fact, I pushed them to the side and ate the rest. Next time, I’ll ask to substitute baked cheesy gratin potatoes, mashed potatoes or the vegetable of the day. 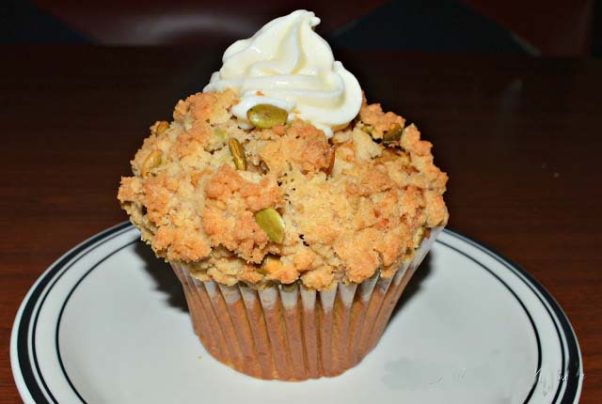 In addition to the new fall offerings, you’ll find French-inspired American dishes like French dip sandwiches, quiches, a mushroom and brie burger, a slow-roasted turkey dinner, French pot roast and chicken pot pie to name a few. I also tried and recommend the baked brie appetizer with French baguette crostini, Granny Smith apple slices and apricot chutney and the French onion soup made with Sam Adams beer, filled with roasted onions and topped with tons of melted cheese. The Dulles location is easy to reach via Silver Line metro to the Wiehle-Reston East station then taking the 87X express Loudon County Transit directly to the mall Monday through Friday during morning and evening rush hours.