It’s a Fall Festival Weekend in the DMV

It is a fall festival weekend in the DMV with several around the region including the D.C. Shorts film festival, the 202 Arts & Music Festival, the Smithsonian Anacostia Museum’s Fall Family Festival, the Rosslyn Jazz Fest, the North Bethesda Tomato Fest and the Hyattsville Arts & Ale Festival all on Saturday. Hopefully, the DMV is looking at its last weekend of 90+ degree days with temperatures forecast to be about 84 on Sunday, just in time for Adams Morgan Day, the Takoma Folk festival and Culture Club’s concert at Strathmore.

The 13th annual D.C. Shorts Film Festival returns this weekend, featuring 131 films — including Rated featured about about a woman who must find the courage to own up to her behavior when she wakes to find every adult has received a Yelp-like start rating floating over their head — that are less than 30 minutes long each from 33 countries at three D.C. venues. Most showcases are 90 minutes long. The short films have been grouped into 18 showcases based on theme including immigration, technology and LGBT issues with a mix of animation, dramas, comedies, thrillers and documentaries. There will also be free family screenings in public libraries in all eight D.C. wards along with Q&As after most showcases, filmmaker workshops and parties. 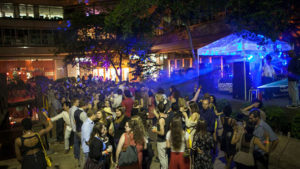 Break out your nerd togas for the Freaks & Greeks after-hours event taking over the National Geographic Museum, where “The Greeks” is on exhibit through Oct. 10. The party features DJ sets from Dan Deacon, Ecotone, French Horn Rebellion, MadScience, Smudge and a talented team of locals, plus DIY crown making, drag performances and drinking games. You might learn something, too, with talks about marine biology and paleoanthropology and admission to all of the museum’s exhibitions. There willalso be food trucks, photobooths, lasers and 3D movies. 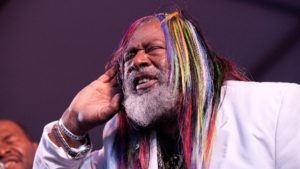 The waterfront 202 Arts & Music Festival promises a full day of music, dance, art exhibitions, workshops and more. George Clinton and Parliament Funkadelic perform at 5:45 p.m. Others on the bill include Sugar Bear and Experience Unlimited at 2:45 p.m., Black Alley at 4:45 p.m. and, for the end-of-the-night dance party, DJ D-Mac at 6:45 p.m. and DJ Quicksilva at 7:15 p.m. 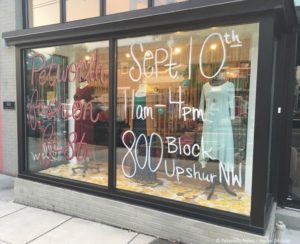 The Petworth Fashion Fest with 40 vintage and second-hand vendors comes to the 800 block of Upshur St. NW on Saturday.
(Photo: Rachel Maisler)

While going store-to-store in search of new and vintage brands and trends can be a fun adventure, the Petworth Fashion Fest pop-up shop brings more than 40 vintage and second-hand vendors and jewelers for men, women and home all to one street. There will also be handmade crafts and accessories, raffles and live music. 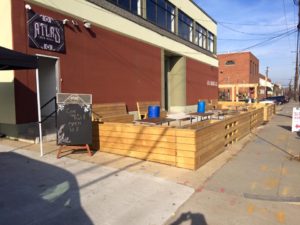 Sept. 10 from noon-7 p.m. with the music starting at 2 p.m. at Atlas Brew Works, 2052 West Virginia Ave. NE. Admission is $15, which includes a beer and a donation to the Living Classrooms Foundation. 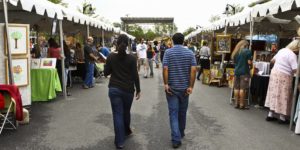 At least 20 Maryland breweries and meaderies will pour their products at the Hyattsville Arts and Ales Festival, while more than 130 artists and artisans sell their wares. A dozen food trucks and restaurants provide the food including Adas Kitchen on Wheels, Bmore Greek Grill, Go Fish, Healthy Fool and Bill’s Backyard BBQ, and six bands including 5 on Friday, the Karen Lovejoy Group, Black Masala and the Wild Anacostias perform zydeco, jazz and roots rock. Kids’ activities include creating ale-inspired bottle cap castanets, painting, hula hooping and more.

Sept. 10 from noon-6 p.m. in the Gateway Arts District along Route 1 between Farragut and Gallatin Streets in Hyattsville. Tasting passes, which allow unlimited samples of all beers, cost $30 in advance and $35 at the gate. Growlers of beer will be available for purchase. Admission is FREE!. 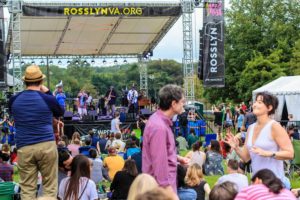 The Rosslyn Jazz Fest is back for its 26th year on Saturday. (Photo: Rosslyn BID)

Now in its 26th year, the Rosslyn Jazz Fest is expected to draw thousands of fans with a lineup of locals and big national names. Washington’s own Akua Allrich, a jazz vocalist, kicks things off, followed by Vieux Farka Touré, New Orleans’s Glen David Andrews Band and Grupo Fantasma, which won the Grammy Award for best Latin rock album in 2011. New this year: A kids’ jazz zone, which will feature lawn games and a chance to create your own instrument. Food trucks from Captain Cookie & the Milkman, D.C. Tapas, Pressed Panini, Rocklands BBQ, The Big Cheese and more will be on hand or mention “Rosslyn Retail” at participating restaurants and get 15 percent off your bills including Barley Mac, Bistro 360, Heavy Seas Alehouse, Kona Grill, Pancho Villa and Piola.

The North Bethesda Market holds a Tomato Festival with all things tomato on Saturday. (Photo: Getty)

The Tomato Fest goes all-in on the theme, starting with a VIT (Very Important Tomato) Brunch from 10:30 a.m.-noon, a “Tomato Toss Up” chef competition and a tomato sauce tasting competition, a spaghetti eating contest and tomato-themed activities for kids. There’s also a vodka station, because you may want a bloody mary. There are also two concerts, featuring Scott Kurt & Memphis 59 and Durham Station.

The After Hours Jazz Duo performs in the Takoma Park gazebo during the 2015 Takoma Park Jazz Fest. (Photo: smata2/Flickr)

The official Takoma Park Folk Festival is “taking a break” this year. In its place, Takoma Folk will take over the gazebo and the Takoma Park Community Center for a full day of music, starting with the Devil’s Tailors and ending with the Washington Revels Maritime Voices. There will be a new band every hour at the gazebo then about every 20 minutes at the community center. Carroll Avenue in front of the gazebo will be closed, and there will be pop-ups from local merchants Republic, Old Town Food Co. and La Mano Coffee Bar. There also will be corn hole, hula hoops, balloons, face painting and other family activities. 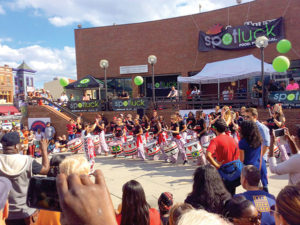 The 38th annual Adams Morgan Day — the longest continuously running neighborhood festival in D.C. – includes live music on SunTrust Plaza from D.C. bands Two Inch Astronaut, Go Crazy, Sweet Earl Greene, The Scotch Bonnets, Batala Washington, Sunwolf and Kokayi. Like last year, 18th Street won’t be closed, but artists will sell their wares along the streets and in Artists Alley behind SunTrust bank with kids’ games and crafts in Unity Park and a basketball tournament in Kalorama Park. Many area restaurants will have entertainment and offer specials. 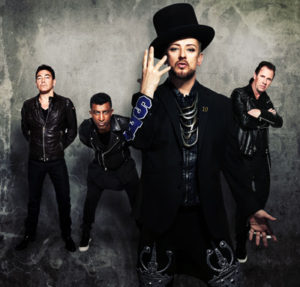 Known for dominating charts worldwide with the classic hits Karma Chameleon, Do You Really Want To Hurt Me, Miss Me Blind and more, ‘80s band Culture Club with flamboyant frontman Boy George comes to Strathmore as part of its most extensive tour in over a decade spanning 40 cities throughout the U.S., Canada, Mexico, Australia and Asia. It was the first band since The Beatles to have three Top Ten hits in the U.S. from a debut album and was named to the Rock and Roll Hall of Fame’s list of 500 songs that shaped rock ’n’ roll with Time (Clock for the Heart). The band dominated the charts in over a dozen countries, with multiplatinum albums and more than 50 million albums sold worldwide to date. The band, which formed in 1982, reunited in 2014 to create new music for its most recent release, Tribes.