11 Things to Do in the DMV This Weekend

This forecast is calling for hot, humid and oppressive weather this weekend. A good weekend to do something inside.

The first-place Washington Nationals host the last-place Atlanta Braves this weekend. But if you are willing to brave the heat at Nationals Park, there will be post game fireworks on Friday and Star Wars Day on Saturday. The stadium becomes a mini Star Wars convention with Imperial Stormtroopers stationed throughout the concourse and the Racing Presidents dressed as characters from the films. Fans are also encouraged to come in costume. The first 20,000 fans through the gates get a “Join the Curly W Alliance” T-shirt. 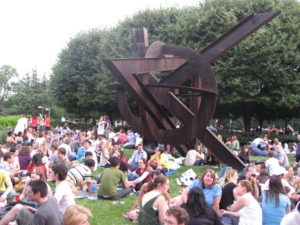 Now in its 16th year, Jazz in the Garden at the National Gallery of Art Sculpture Garden showcases local musicians in a unique, beautiful setting. Paul Carr, a jazz saxophonist, preforms this week. Upcoming concerts include Sin Miedo, a 10-piece band on Aug. 19; Moonshine Society, a roots rock band, on Aug. 26; and the Fred Hughes Trio to wrap up the concert series on Sept. 2. In addition to taking in the music and scenery, you can pack a picnic to enjoy on the lawn or purchase food and beverages such as barbecue pork sandwiches, beef and chicken kabobs and chicken sausages from the Pavilion Café or gelato from the cart near the fountain. Alcoholic beverages, which must be purchased on site, include beer, wine, sangria and mixed drinks.

Aug. 12 from 5-8:30 p.m. at the National Gallery of Art Sculpture Garden, Sixth Street and Constitution Avenue NW. Admission is FREE!

Movies Under the Stars 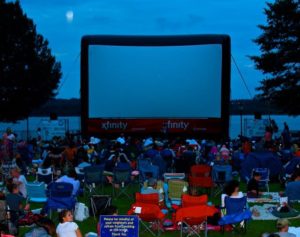 Pack a picnic dinner and your beach chairs or blankets, and head down to Alexandria’s Movies Under the Stars. The city will be showing Lion King at Ben Brenman Park. Arrive early to pick your spot and let the kids work off some of their energy in the playground before the movie begins. There is also a fenced dog park if you want to take Fido. Some concessions will be for sale. 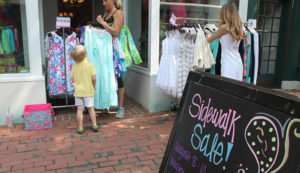 This weekend is the seventh annual Alexandria Sidewalk Sale with more than 50 boutiques and shops throughout Old Town and Del Ray discounting their wares up to 80 percent. Expect to find deals on clothing, jewelry, furniture, antiques, home décor, culinary and fine art. Look for yellow balloons outside participating stores. Parking in Old Town will be free both days.

Aug. 13 and 14 during regular store hours in Old Town and Del Rey. Admission is FREE! 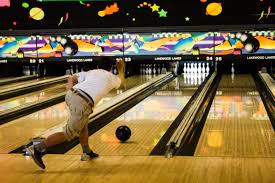 Saturday is National Bowling Day with free games between 10 a.m.-noon at all AMF, Bowlmor and Brunswick locations. (Photo: Mala with a Fork)

Saturday is National Bowling Day, so all AMF, Bowlmor and Brunswick bowling centers are giving away a free game between 10 a.m.-noon. From 8-10 p.m. the bowling alleys will host parties with contests, specials and giveaways. All of that bowling, free or otherwise, eventually adds up to a good cause: once a million pins have been knocked down nationwide, Bowlmor AMF will donate half a million meals to local Feeding America food banks.

Aug. 13 all day and night all AMF, Bowlmor and Brunswick bowling centers in the DMV during regular business hours. 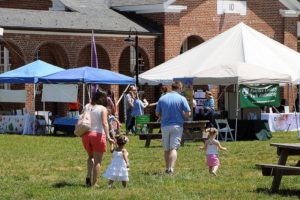 Aug. 13 from noon-6 p.m. at the Workhouse Arts Center, 9518 Workhouse Road, Lorton. Tickets are $35 for general admission with five beer tickets and a souvenir glass. Additional drink tickets are five tickets for $10 on-site. Parking on-site is $15, but free parking is available at Vulcan Materials with a free shuttle to the festival.

Have you checked out the Turquoise Mountain: Artists Transforming Afghanistan exhibition? If not, spend a fun-filled afternoon as the Sackler Gallery hosts its Summer Open House: Arts of Afghanistan. You can make art, taste Afghan food, hear from artisans, watch musical performance, listen to traditional stories and explore the arts of Afghanistan. The day concludes with PechaKucha-style presentations by social entrepreneurs working with atisians in Asia and beyond. Food will be for sale and activities include Afghan games including chess and kite building. 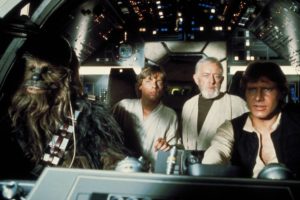 It has been 39 years since we first learned of the Force, Jedi, lighsabers, X-Wing Fighters and the Death Star, and Alamo Drafthouse Cinema is bringing George Lucas’s Star Wars trilogy including Star Wars , The Empire Strikes Back and Return of the Jedi back to the big screen for a rare intergalactic marathon. For this Star Wars Marathon there is a costume competition, as well as Star Wars trivia, to go along with more than six hours of classic sci-fi cinema. 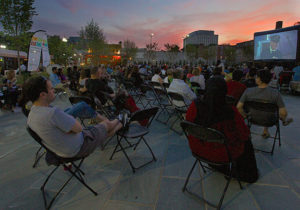 The Columbia Pike Revitalization Organization will screen All That Jazz at Movie Night. Limited seating is available on a first come, first served basis, so don’t forget to take your own chairs or blankets. 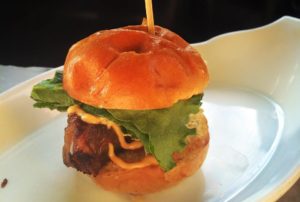 Head to the 14th Street Burger Battle Royale, where Café Saint Ex, Garden District and Matchbox fire up the gills and go burger to burger, bun to bun for the best burger title. Voters will decide, so come hungry and thirsty: 3 Stars will be there with five beers, including the Dissonance Rye Berliner Weisse, Above the Clouds Farmhouse Pale Ale and Two to the Dome Double IPA on tap. 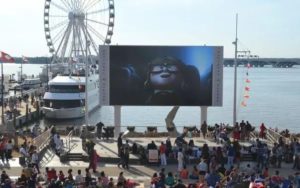 Pack your chairs, grab food to go from one of National Harbor’s restaurants and meet at the Plaza’s jumbo screen across from the Peeps store for Movies on the Potomac. This weekend enjoy a free screening The Karate Kid.