Jason Bourne Fights Its Way to the Top

Universal Pictures’ Jason Bourne didn’t have the highest opening in the series, but a decade and a half after launching still topped the box office last weekend (July 29-31) with a $59.21 million opening. The return of Matt Damon as the title character for the beloved series was enough to dominate the box office with more than double its second-place competitor. 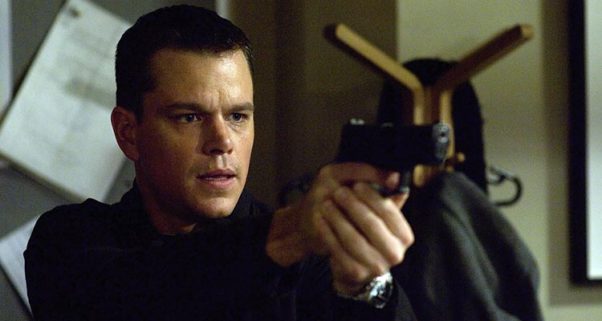 Jason Bourne, the fifth installment and fourth starring Damon, had an opening ranking squarely in the middle among the series. The three Damon movies ended with progressive largely cumulative domestic totals from the first to the second to the third installments. Unless the new movie holds on much better than expected in the weeks to come, which seems unlikely given the film’s mixed reviews, it looks likely to break that streak with a total below that of the two most recent installments. It came in 13.3 percent behind the series-best opening of 2007’s The Bourne Ultimatum or about 31.1 percent behind after adjusting for inflation and 18.0 percent behind the inflation-adjusted opening of 2004’s The Bourne Supremacy. But, it opened 48.4 percent above the inflation-adjusted opening of 2002’s original The Bourne Identity and 57.3 percent above the opening of 2012’s spinoff The Bourne Legacy starring Jeremy Renner.

Paramount Pictres’ Star Trek Beyond, the top movie the previous weekend, fell to second place with $24.75 million, a sharp 58.2 percent second-weekend decline that was higher than the 46.9 and 42.8 second-weekend declines of 2013’s Star Trek Into Darkness and 2009’s Star Trek, respectively. Combine the higher second-weekend drop with an opening weekend lower than for either of its two predecessors, and the result is Beyond’s $106.47 million total through 10 days running 20.6 percent behind Into Darkness and 28.3 percent behind Star Trek through the same period.

STX Entertainment’s Bad Moms was anything but bad with a $23.81 million opening for third place. The R-rated female-centered comedy starring Mila Kunis and Kristen Bell made back its $20 million budget in its opening weekend alone and provided some counter-programming. However, its start was lower than many other R-rated comedies aimed at women in the past few years, coming in 22.2 percent behind the opening of last year’s Trainwreck, 40.1 percent behind 2013’s The Heat and 10.8 percent behind 2011’s Bridesmaids.

Universal’s The Secret Life of Pets dipped 36.1 percent to $18.92 million and fourth place. It has earned $296.88 million through four weekends, which is 22.6 percent ahead of Zootopia at the same point.

Twentieth Century Fox’s animated sequel Ice Age: Collision Course dropped 48.6 percent to $10.99 million and fifth place. It was not the biggest second-weekend decline in the franchise, coming ahead of the 56.2 percent drop for 2012’s Ice Age: Continental Drift. But with only $42.60 million through two weekends, Collision Course will be lucky to reach even half of Continental Drift‘s $161.32 million total, the lowest gross of the four previous installments in the series.

Warner Bros. Pictures’ horror Lights Out fell 50.2 percent to $10.80 million and sixth place in its second weekend. That’s actually a mild decline for a horror film, a genre that consistently posts second-weekend drops of 60 percent or more. It’s now earned $42.87 million to date.

Sony Pictures’ Ghostbusters reboot dropped 51.8 percent to $10.13 million and seventh place. It crossed the $100 million threshold last weekend, but with declines of 50 percent or more every weekend since its release, the movie is fading fast. It’s running about 33.0 percent behind the inflation-adjusted grosse of 1984’s original Ghostbusters and 33.9 percent behind 1989’s sequel Ghostbusters II through the same period.

Lionsgate’s Nerve debuted in eighth place with $9.44 million. The digital-themed thriller aimed at teens starring Emma Roberts and Dave Franco did better than many analysts expected. After being released last Wednesday to get a head start on the weekend, it has earned $15.50 million so far.

Walt Disney Studios’ Finding Dory slipped 40.2 percent to $4.32 million and ninth place. With $469.12 million through seven weekends, it is running an impressive 61.1 percent ahead of the inflation-adjusted gross of 2003’s Finding Nemo for the same period.

Rounding out the top 10, Warner Bros.’ The Legend of Tarzan dropped 62.5 percent to $2.47 million. It has grossed $121.92 million through five weekends, running 14.7 percent behind the gross of 1999’s animated Tarzan through the same period, even without adjusting for inflation.