Harry Potter and the Stinky Flower 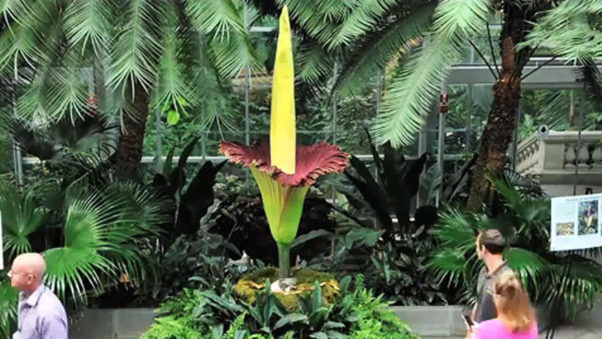 The corpse flower hits peak bloom at the U.S. Botanic Garden this weekend. This is the 6-year-old plant’s first bloom. It’s one of the garden’s titan arum plants — called the corpse flower because of its stench, which is said to resemble rotting flesh and attracts carrion beetles and flies from long distances for pollination. It is native to the rainforests of Sumatra, Indonesia. It already stands more than 6.5 feet tall and can grow up to 8 feet tall as it opens. The crowds will grow, too: More than 130,000 people visited the Botanic Garden during the last corpse flower bloom in 2013. 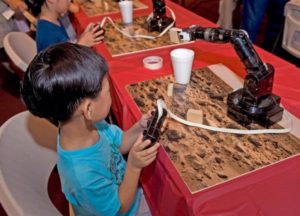 Mars Day is an annual event that lets visitors learn more about the Red Planet with a variety of educational and family activities including artifacts and new images. Talk to scientists active in Mars research and lean about current and future missions. See a meteorite that came from Mars, test your skills with small robots as you maneuver a robotic rover or collect samples with a robotic arm and test your knowledge about Mars at the Red Planet Quiz show. 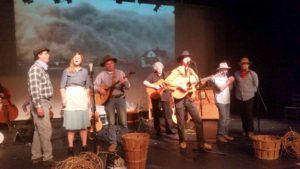 Rain Follows the Plow is a Dust Bowl folk opera playing at the Capital Fringe Festival this weekend. (Photo: Mark Heckathorn/DC on Heels)

The Capital Fringe Festival wraps up this weekend. A few options to consider: SuperNOVA, about a Northern Virginia revolution on Friday and Saturday; Dark Times at Grimesville High, about a girl who loves high school with the snarky girls, energetic musical numbers and the most creative swearing of the century on Friday; A Midsummer’s Burlesque Dream on Saturday’ and Rain Follows the Plow, the story of the Dust Bowl set to folk music, on Saturday and Sunday.

Through July 31 at various times at the Logan Fringe Arts Space, 1358 Florida Ave. NE. Admission to individual shows is $17 after the one-time purchase of a $7 Fringe button. 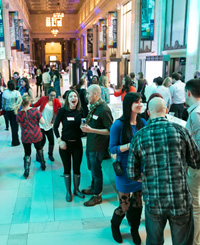 Celebrate postcards with a party at the National Postal Museum.
(Photo: Smithsonian Associates)

More than a million secrets, notes and inspirational messages have landed in Germantown resident Frank Warren’s mailbox since he started the PostSecret project in 2004. The anonymous confessions — silly, moving, surprising, provocative and sometimes disturbing — have already provided the material for six books. As part of the PostSecret: The Power of a Postcard exhibition, the Postal Museum is hosting PostSecrets Revealed with cocktails, music from DJ Alkimist, a GIF photo booth and a chance to create your own postcard — and share a secret.

July 29 from 8-11 p.m. at the National Postal Museum, 2 Massachusetts Ave. NE. Tickets are $25 for general admission and $35 for VIP admission (with an extra hour from 7-8 p.m. and a chance to hear Warren speak) in advance. Cost increase $5 at the door. 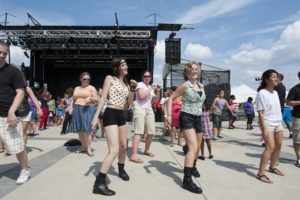 Now in its sixth year, National Dance Day, aims to promote physical fitness and combat obesity through dance. The community event, which takes place on the Kennedy Center’s North Plaza and in the Grand Foyer, features local dance groups as well as industry stars, such as Alex Wong from So You Think You Can Dance. You can get a head start in leaning the National Dance Day routine by watching it online, set to Dance Like Yo Daddy by Meghan Trainor or with Wong on the Plaza at 1:45 and 4:15 p.m.. There will also be performances by Evan Ruggiero, Gregorio Uribe Big Band and Monica Delgado and Brian Rodriguez. 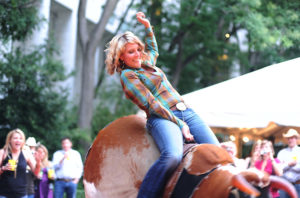 It’s time for Cheyenne Frontier Days, a 10-day festival billed at the “the world’s largest outdoor rodeo.” If you’re homesick and can’t make it to the festival, the Wyoming State Society’s 40th annual COWPIE festival – Committee of Wyoming People in the East — is the next best thing. A night of dancing to live country music, riding a mechanical bull and enjoying open bar beer and Jack Daniels. The suggested dress code is “cowboyed-up” with boots, hats and belt buckles, but everyone is welcome. 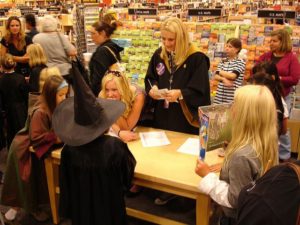 A new Harry Potter book of sorts hits shelves at midnight on Saturday night: Author J.K. Rowling has revived her wizard for Harry Potter and the Cursed Child, a tale written as a script for a play that’s opening in London. So far, all we know is that the story picks up where Deathly Hallows left off. Harry is middle-aged, married to Ginny Weasley and has three kids. Middle child Albus is struggling with his father’s legacy, and apparently life for Harry hasn’t gotten easier since Voldemort was defeated. Bookstores throughout the DMV are celebrating with Harry Potter release parties for fans of all ages.

July 30 starting at 8 p.m. at Barnes & Noble in Alexandria, Arlington, Bethesda, Bowie, Fairfax County, Falls Church, Gaithersburg, Rockville, Springfield, Tysons Corner and Manassas with reading, coloring stations, costume contests, scavenger hunts and a Sorting Hat to assign you to your destined house; 8:30 p.m. at Sacred Circle Books, 919 King St., Alexandria, which will be transformed into Diagon Alley with readings by psychics, games and crafts; 10 p.m. at East City Bookshop, 645 Pennsylvania Ave. SE, featuring trivia and costume contests, free gilly water from Beuchert’s Saloon and a screening of the first Potter movie, Hooray for Books, 1555 King St. Alexandria, with readings, trivia, costume contests and a pin-the-sock-on-Dobby game and Kramerbooks, 1517 Connecticut Ave. NW, with a costume contest, a Potter-themed photo booth, alcoholic and non-alcoholic butterbeer and a chance to win Bertie Bott’s Every Flavour Beans; and 10:30 p.m. at Barstons Child’s Play in Arlington, D.C., Mclean and Rockville with potions, crafts, trivial quidditch, a scavenger hunt and more, and Politics and Prose, 5015 Connecticut Ave. NW, featuring a special edition of Nerds Trivia, wand making and crafts and a costume competition, while the store’s coffeehouse and wine bar will be transformed into a Hogwarts room serving butterbeer. Admission is FREE! 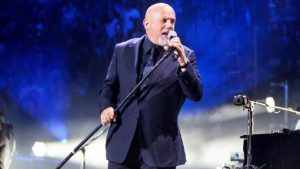 The Piano Man is living a big shot’s dream, filling a steady but leisurely touring schedule with dates at big baseball stadiums — Billy Joel is playing Nationals Park for the third time — in addition to his monthly residency at Madison Square Garden, which always sells out. The 67-year-old crowd-pleaser hasn’t released an album of new material in more than 20 years, so his set list is stuffed with singalong hits and fan favorites. 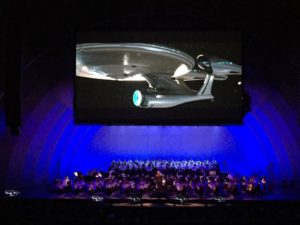 Boldly go where no man has gone before with J.J. Abrams’ Academy Award-nominated film presented on hughe screens with Michael Giacchino’s score performed live by the National Smphony Orchestra. Arrive early for a Trek Talk about Star Trek’s influence on NASA culture an hour before the concert with Adam Nimoy, son of legendary Spock actor Leonard Nimoy, Dave Zappone, author of For the Love of Spock, Terry Ferrell of Star Trek: Deep Space Nine, Michael Giacchino, who wrote to the score for the show along with NASA staff. 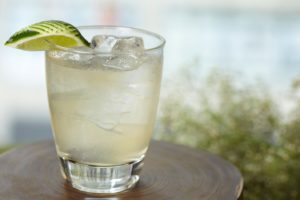 Eight bartenders face off to see who makes the best Rickey at Jack Rose Dining Saloon on Sunday. (Photo: thebar.com)

The Rickey is the perfect cocktail for summer in Washington — a refreshing mix of gin or whiskey, lime and carbonated water that slices through the stifling humidity like a samurai’s blade. It was invented in Washington in the 19th Century, and every July, bartenders across the city put their own spin on the drink. Eight of the best, as judged by the members of the D.C. Craft Bartenders Guild, will compete for the title of champion at the D.C. Craft Bartenders Guild Rickey Finals. Admission includes samples of the eight finalists — four made with gin, two with bourbon and two with rye whiskey — so you can pick your own winner.