12 Things to Do in the DMV This Weekend

The heatwave is expected to continue in the DMV this weekend with temperatures in the upper-80s to mid-90s and high humidity. Luckily, there is plenty on tap this weekend to do indoors, including the 11th annual Capital Fringe Festival, or in the evenings, like outdoor movies or fireworks in Arlington. If you are spending time outdoors this weekend, remember your sunscreen and reapply it every two hours to be safe. 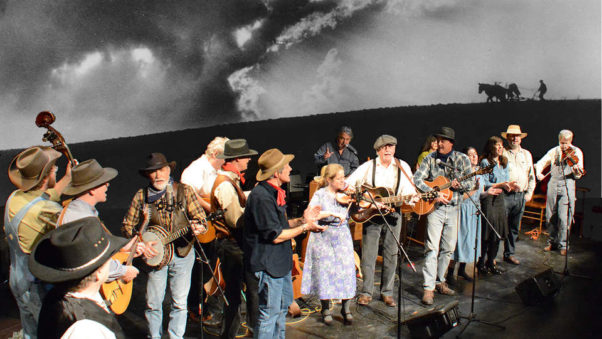 The 11th annual Capital Fringe Festival opens this weekend with more than 130 independently produced works, ranging from burlesque and other musical forms to new spins on Shakespeare and stand-up. Performances during the 20-day festival range from theater, dance and music to visual art and everything in between. 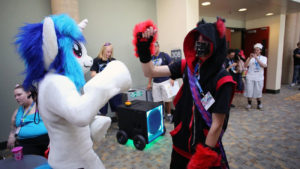 BronyCon fan convention for ‘My Little Pony: Friendship Is Magic is in Baltimore this weekend. (Photo: Al Drago/Baltimore Sun)

BronyCon, the annual fan convention for fans of My Little Pony: Friendship Is Magic, comes to Baltimore this weekend. With panels, concerts, a cosplay contest and fashion show, a formal gala (tuxes or full formal cosplay, please), a marketplace and special guests including voice actors, artists and writers. Dare we say, magic will be everywhere. 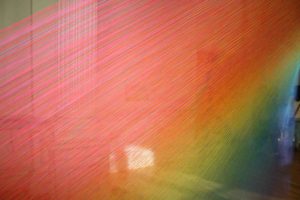 Gabriel Dawe’s colorful “Plexus A1” exhibit will come down after this weekend at the Renwick. (Photo: Mark Heckathorn/DC on Heels)

This is your last weekend to see and snap a few Instagrams of the Renwick Gallery’s Wonder exhibit, which opened to acclaim, Internet fame and long lines last fall. After Sunday, Patrick Dougherty’s “Shindig” collection of woven sapling huts; Gabriel Dawe’s colorful “Plexus A1,” which uses nearly 60 miles of thread; and Tara Donovan’s untitled mountains of index cards will disappear. Janet Echelman’s “1.8” and Leo Villareal’s “Volume” have been acquired by the museum and will remain indefinitely. 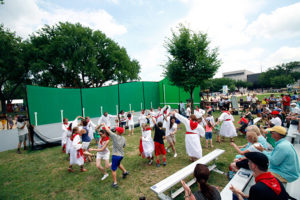 This is the final weekend for the Smithsonian Folklife Festival on the National Mall with dance performances, music, crafts and cooking demonstrations, storytelling and discussions of cultural issues. The Smithsonian’s annual outdoor exploration of U.S. and international culture has three themes this year: “Sounds of California,” “Basque: Innovation by Culture” and “On the Move: Migration and Immigration Today.” You’ll explore the Basque culture, learn about its ancient language Euskara and taste dishes and drinks from the Basque region in northern Spain and southwestern France. In the evenings, concerts feature a diverse group of California musicians.

Through July 10 from 11 a.m.-5 p.m. with special events including concerts at 6:30 p.m. every evening but Sunday on the National Mall between Fourth and Sixth Streets NW, north of the National Air and Space Museum. The nearest Metro station is L’Enfant Plaza. Admission is FREE! 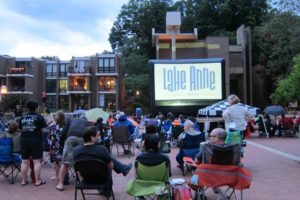 Grab a blanket or chairs and a picnic and enjoy lakeside flicks at the Lake Anne Summer Film Festival. The festival kicks off this weekend celebrating the 30th anniversary of Ferris Bueller’s Day Off. The program will screen free movies the second and fourth Fridays in July and August. July 22 will feature Toy Story, Aug. 12 will be Breakfast at Tiffany’s and Aug. 26 is Lady Sings the Blues, kicking off Lake Anne Jazz Week. 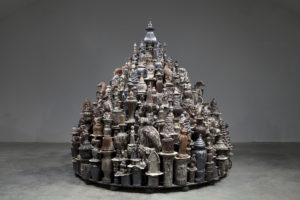 Chinamania opens at the Sackler Gallery and includes Walter McConnell’s A Theory of Everything: Dark Stupa. (Photo: Cross-McKenzie Gallery)

The Arthur M. Sackler Gallery opens Chinamania, the third and final installation of its Peacock Room Remix series this weekend, starting Friday night from 5:30-8 p.m. with an after-hours event featuring tours, food and art-making. The exhibition, which opens Saturday, explores the Chinese porcelain craze that took the West by storm in the 19th century. More than 50 Chinese blue-and-white ceramics from China’s Kangxi period in museum’s collection join installations by sculptor Walter McConnell including two of his towering stupas — large sculptures created with statues, knickknacks and tchotchkes. 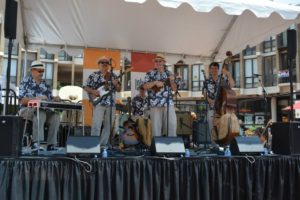 Everyone’s favorite miniature string instrument is the star of the show at Lake Anne’s seventh annual Ukulele Festival. The day starts with an open-mic jam session so take your own uke and strum along before turning the stage over to the pros, who’ll take full advantage of the ukulele’s gifts, playing blues, traditional Hawaiian, swing and folk music from the Hula Monsters, Aloha Boys, Isa Pacifika Dancers and Ranchel Manke. The festival closes with music from the Sweater Set, the D.C. folk duo of Maureen Andary and Sara Curtin. There will also be demonstrations, festival vendors and family-friendly activities. 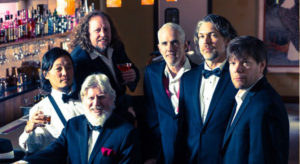 Celebrate America’s 240th birthday and Alexandria’s 267th birthday at the Alexandria Birthday Celebration. Take your lawn chairs, blankets and a picnic and enjoy entertainment by the B2B Band and Downrange from the U.S. Army Band. There will also be food for sale, free birthday cake at 8 p.m., and a concert by the Alexandria Symphony Orchestra followed by fireworks launched from a barge in the Potomac River and cannon firing at 9:30 p.m. In case of rain, fireworks only will be moved to Sunday. 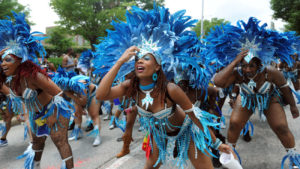 The Baltimore-Washington One Caribbean Carnival is in Baltimore this weekend. (Photo: Kim Hairston/Baltimore Sun)

The annual Baltimore-Washington One Caribbean Carnival, previously held in the District before relocating to Baltimore in 2012, kicks off with a parade and a late-night party on Saturday before the all-day festival on Sunday. The colorful five-hour parade begins at noon at 900 E. 33rd St. and marches a mile and a half to Lake Clifton Park. The festival brings dance and food to the park, with more than a dozen bands performing and vendors selling dishes from Caribbean nations.

Raiders of the Lost Ark 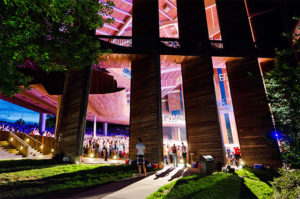 Wolf Trap will show Raiders of the Lost Ark on Saturday while the National Symphony Orchestra provides the score. (Photo: Wolf Trap)

Steven Spielberg’s classic movie about adventurer Henry “Indiana” Jones turns 35 this year. To celebrate, Wolf Trap is screening Raiders of the Lost Ark and giving it the National Symphony Orchestra treatment, with conductor Emil de Cou leading the NSO through John Williams’s score while the movie plays on the big screens. 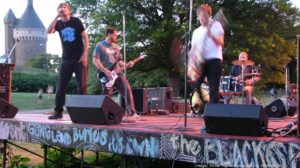 The Fort Reno summer concerts are back on Mondays and Thursdays. (Photo: Dale Sundstrom/Flickr)

The Fort Reno concert series is back. The annual series brings D.C. bands to the small stage at Fort Reno Park in Upper Northwest. Monday’s show is dedicated to the late John Stabb, former front man of D.C. punk band Government Issue. Stabb would have turned 55 on Monday, but passed away earlier this year. The lineup include Dot Dash, The Delarcos and Nine to Five. Other shows include The Luau Cinders, Psychic Subcreatures and The Rememberables on July 14; Makeup Girl, Mirror Motives and Brushes on July 18; Mirror Factory, Bleary Eyed and Jail Solidarity on July 21; Cinema Hearts, American Television and The Mauls on July 25; Light Beams, Scanners and TBD on July 29; Chimp Suit, Split Seconds and Sun Machines on Aug. 1; and the Washington Bach Consort, Don Zientara and Olivia & the Mates on Aug. 4.