With Independence Day falling on a Monday for the first time in several years, Disney Studios’ Finding Dory led the four-day box office for a third straight weekend with $51.44 million. It’s quickly closing in on becoming the highest-grossing domestic release of the year with $381.78 million through three weeks. The Pixar animated film starring the voice of Ellen DeGeneres has now surpassed the $356.46 million total of last year’s Inside Out. It is also running 32.1 percent ahead of the $289.10 million 17-day start of 2010’s Toy Story 3 and 99.4 percent ahead of the $191.48 million 17-day start of predecessor Finding Nemo, which it is out-performing even after adjusting Nemo‘s 2003 grosses for inflation. 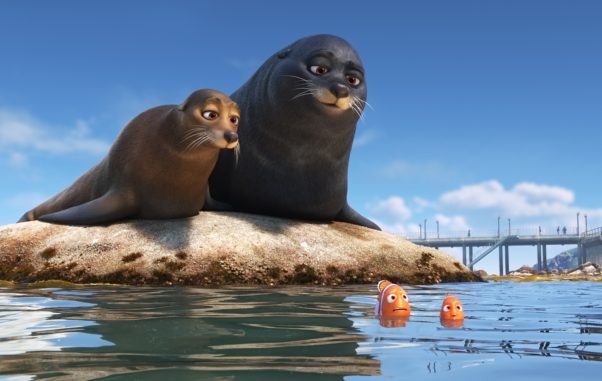 Of the three new releases, Warner Bros. Pictures’ The Legend of Tarzan started better than many expected with $46.58 million over four days. Despite generally poor reviews, the period adventure film starring Alexander Skarsgard, Margot Robbie, Samuel L. Jackson and Christoph Waltz exceeded pre-release expectations. The film, which has primarily a 51 percent female audience, was no doubt helped by a frequently-shirtless Skarsgard in the title role.

Universal Pictures’ horror sequel The Purge: Election Year continued the franchise’s success with $36.13 million, exceeding its $10 million budget during its opening day alone. The movie starring Elizabeth Mitchell and Frank Grillo opened 21.2 percent above the $29.81 million opening of 2014’s installment The Purge: Anarchy and 6.1 percent ahead the $34.05 million opening of 2013’s original The Purge.

Disney’s The BFG may have been “friendly,” but wasn’t “big” or “giant” with a lackluster $22.72 million opening weekend a fourth-place start. The family-friendly fantasy directed by Steven Spielberg and starring Mark Rylance and newcomer Ruby Barnhill saw an opening weekend that was 59.9 percent behind the $56.71 million opening of 2005’s fellow Roald Dahl adaptation Charlie and the Chocolate Factory, more than double the $9.72 million start of Spielberg’s last family film, 2011’s The Adventure of Tintin and, although not the same genre, 47.8 percent ahead of the $15.37 million start of Spielberg and Rylance’s previous collaboration Bridge of Spies last October.

Meanwhile, 20th Century Fox’s Independence Day: Resurgence couldn’t be rescued during its namesake holiday weekend, with a 47 percent drop to $21.68 million and fifth place. It’s $72.65 million 10-day start is 46.3 percent behind the $135.37 million 10-day take of the original Independence Day and that was released back in 1996, when the average ticket price was less than half its average today.