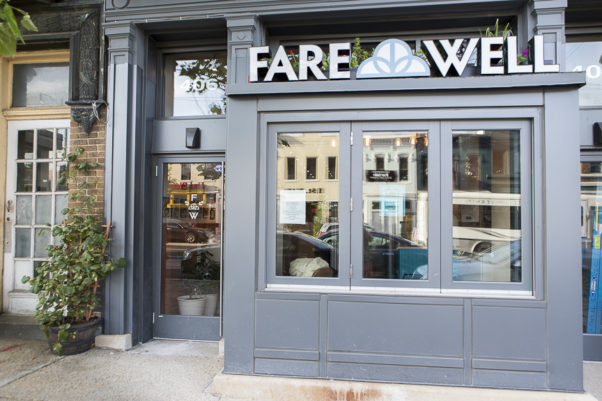 Fare Well is a bigger and bolder take on the plant-based food that began at Sticky Fingers, Petersan’s vegan bakery and café in Columbia Heights. In fact, the two-time winner of Food Network’s Cupcake Wars will move production for the bakery from her tiny Columbia Heights kitchen to the larger production kitchen downstairs at H Street.

The new 50-seat, 2,600 square-foot restaurant has the look and feel of a classic mid-century American diner, outfitted with a pastry case and lunch counter. The dining room has 32 seats with a 10-stool bar, and the grab-and-go space has counter-seating for another eight. Turquoise, grays and white dominate the design, which is accented with decorative tile patterns and retro lighting 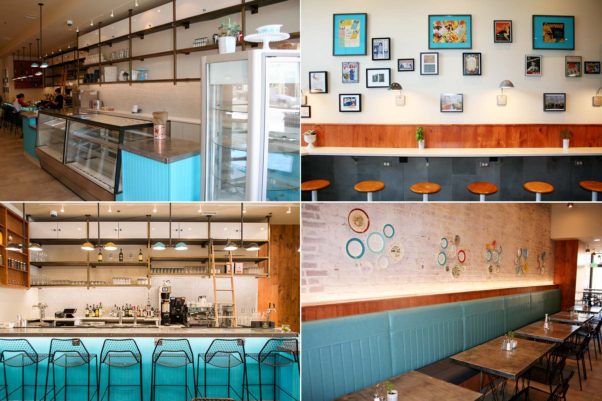 Inside Fare Well has the look of a mid-century American diner throughout the bakery case (clockwise from top left), grab-and-go counter, dining room and bar. (Photos: Mark Heckathorn/DC on Heels)

“When we were finalizing the idea for Fare Well, we realized our aim was to create a sort of forward-thinking throwback,” Petersan said. “We took our biggest inspiration from the classic American diner, and we think Fare Well is just the kind of place that will feel instantly familiar and comforting to first-time diners while giving its regulars plenty of reasons to keep coming back.” 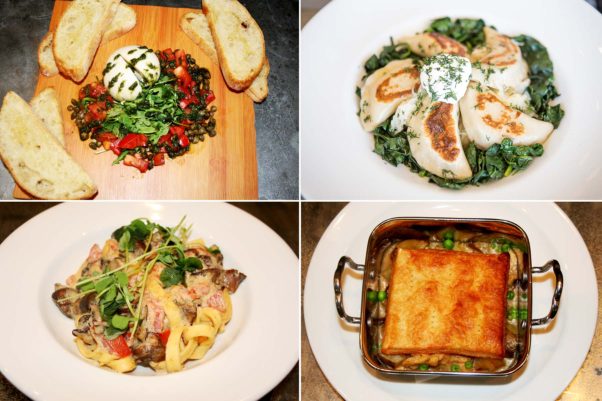 In the bakery case, executive pastry chef Jenny Webb goes beyond Sticky Fingers’ sweets with scones, danishes and croissants joining stromboli and quiche, while a full standing, rotating display case brings back the glory of diner desserts. House-baked bread, which is available by the loaf as well as on sandwiches and other menu items, includes focaccia, challah and whole grain varieties.

Behind the bar, manager Matthew Halligan’s beverage program includes classic and original cocktails, like the Buffalo Negra made with Four Roses Yellow bourbon, basil, balsamic vinegar, simple syrup and ginger beer and The Queen of H Street with vodka, raspberry puree, thyme, lemon, white tea simple syrup and egg white substitute. Draft offerings include four wines and four rotating beers, which lean heavily on locals like 3 Stars, Atlas, D.C. Brau and Right Proper. The bar also nods to the diner theme with a seasonally inspired boozy milkshakes and house-made sodas. Cocktails are $11, beer and wine is $7-$10 per glass, sodas are $3 and the boozy milkshakes are $8.

Fare Well is open from 8 a.m.-midnight Wednesday and through Thursday, 8 a.m.-2 a.m. Friday, 9 a.m.-2 a.m. Saturday and 9 a.m.-midnight Sunday. It is closed Monday and Tuesday. Quick serve grab-and-go is available from opening until 11 a.m. when the full menu and seated service begins.