Over the Memorial Day weekend (May 27-30), 20th Century Fox’s X-Men: Apocalypse opened with $79.81 million, enough to lead the box office by more than double its nearest competitor, but down from its prequel, 2014’s X-Men: Days of Future Past. The superhero movie starring Jennifer Lawrence, Michael Fassbender and Oscar Isaac started 12.1 percent behind the $90.82 million opening weekend of Days of Future Past on the same Memorial Day weekend two years ago, although Apocalypse started 8.2 percent higher than the $55.10 million start of 2011’s X-Men: First Class. Days of Future Past featured one of the most hyped storylines of any film in the past few years, with time travel allowing interactions between the stars of the new trilogy and the original trilogy including Hugh Jackman and Halle Berry — an element that Apocalypse found difficult to measure up to. Its outlook may not be bright with weak reviews, plus an opening slightly more front-loaded than the first two installments. 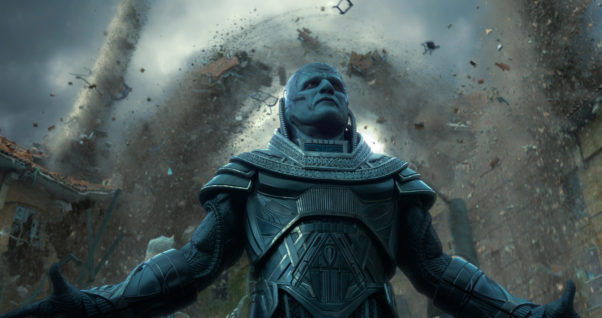 Walt Disney Studios’ Alice Through the Looking Glass took second place with a $33.51 million opening, also down substantially from the $116.10 million opening of its predecessor, 2010’s Alice in Wonderland. The family-friendly fantasy starring Johnny Depp, Anne Hathaway and Mia Wasikowska started 71.1 percent behind the opening weekend of its prequel. To add insult to injury, the original film opened in March, often a time of lower opening weekends than to the summer season. It also begins far below other live-action fairy tale adaptations of the past few years, opening 67.5 percent behind the $103.26 million opening weekend of this year’s The Jungle Book, 50.6 percent below the $67.87 million start of 2015’s Cinderella and 51.7 percent under the $69.43 million start of 2014’s Maleficent.Looking Glass may have suffered from Depp’s sharply declining box office power after recent disappointments including Mortdecai, Transcendence and The Lone Ranger, as well as Tim Burton not returning to direct this sequel.

Sony Pictures’ The Angry Birds Movie got knocked off its first place perch opening weekend, as it fell 35.6 percent in its second weekend to $24.56 million. It has now earned $72.21 million to date.

Universal Pictures’ Neighbors 2: Sorority Rising starring Zac Efron and Seth Rogan tumbled 47 percent in its second weekend to earn $11.44 million, slightly smaller than the 48.9 percent second-weekend decline of the first Neighbors in 2014. Neighbors 2 has now earned $40.68 million through 10 days of release, or 55.1 percent behind the $90.59 million 10-day start of the first Neighbors.

Rounding out the top 10, Disney’s The Jungle Book had the mildest decline of any holdover in wide release, dropping 13 percent to make $9.51 million. The Nice Guys finish not last but seventh, as the action comedy dropped 26 percent to $8.25 million. Sony/TriStar’s Money Monster finished eighth with $5.63 million, a drop of 20 percent from the previous weekend. Roadside Attractions’ Love & Friendship, expanding from 47 to 493 theaters, made $3.15 million. And Zootopia dropped 33 percent to $1.12 million, but holds on for 10th place, extending its amazing run of 13 weekends in the top 10, the most of any film since Frozen spent 16 weeks in 2013-14.