Things to Do Over Memorial Day Weekend

It is Memorial Day weekend – the unofficial start to summer. While it is a three-day weekend for many people, it also means trips to the beach, long lines to cross the Bay Bridge, the annual concert on the West Lawn of the Capitol, weekly jazz concerts in the Sculpture Garden and vacations. Many people will be heading out of town this weekend, but a large number of visitors, many roaring in on motorcycles with Rolling Thunder, will be coming here. But the weather looks warm, sometimes hot, and sunny, which is good news for barbecues and swimming pools. 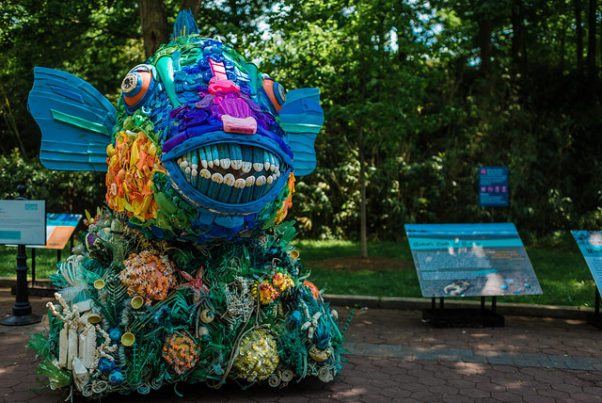 “Washed Ashore” at the National Zoo features 17 wildlife sculptures made out of plastic harvested from beaches around the world. (Photo: National Zoo)

Washed Ashore: Art to Save the Sea

Washed Ashore: Art to Save the Sea puts trash on display, and some of it might be yours. The 17 wildlife sculptures – from jellyfish to sharks — placed throughout the National Zoo are made from plastic pollution harvested from beaches around the world. The large sculptures represent some of the sea creatures most affected by 315 billion tons of plastic pollution, including a 12-foot shark, a 16-foot parrot fish and an 8-foot octopus. 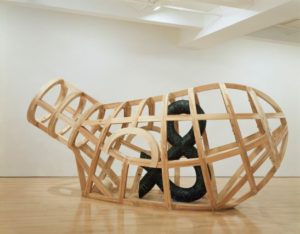 D.C. artist Martin Puryear has his works including Vessel (pictured) on display at the Smithsonian American Art Museum through Sept. 5. (Photo: Martin Puryear)

Born and raised in the District, Martin Puryer earned his bachelor’s degree in fine art from Catholic University then served as a Peace Corps volunteer in Sierra Leone, where he was inspired by the region’s plants, animals, building and people. While he is best known for his sculptures made primarily of wood, Martin Puryear: Multiple Dimensions turns the focus on the artist’s drawings and prints, although the career-spanning exhibition includes 14 sculptures among its 72 works. Several of the works are on exhibit for the first time. 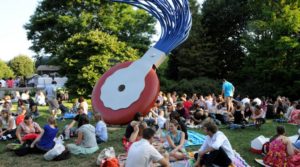 Beginning its 16th season, Jazz in the Garden at the National Gallery of Art Sculpture Garden showcases local musicians in a unique, beautiful setting. The 19th Street Band, a folk-music trio from the District that includes an upright bass, fiddle and acoustic guitars, plays the first show of the season. Upcoming concerts included Deanna Bogart on June 3, George V. Johnson Jr. on June 10, Chaise Lounge on June 17 and Enter the Haggis on June 24. In addition to taking in the music and scenery, you can pack a picnic to enjoy on the lawn or purchase food and beverages such as barbecue pork sandwiches, beef and chicken kabobs and chicken sausages from the Pavilion Café or gelato from the cart near the fountain. Alcoholic beverages, which must be purchased on site, include beer, wine, sangria and mixed drinks.

Fridays, May 27-Sept. 2 from 5-8:30 p.m. at the National Gallery of Art Sculpture Garden, Sixth Street and Constitution Avenue NW. Admission is FREE! 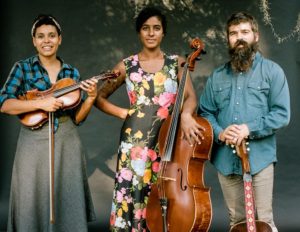 America Now is a three-museum collaboration with the National Portrait Gallery, National Museum of American History and Smithsonian American Art Museum. Performing on Friday are the Leyla McCalla Trio performing jazz Creole, Cajun and folk music and DJ Adrian Loving spinning a mix of old and new genres of American music including hip hop, funk, house, rock and blues. There will also be a photo booth experience created by the artist collective Manual Cinema. Beer, wine and snacks will be for sale.

May 27 from 6:30-9:30 p.m. at the National Portrait Gallery’s Robert and Arlene Kogod Courtyard, Eighth and F Streets NW. Admission is FREE! 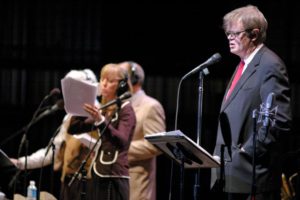 After more than four decades, Garrison Keillor is stepping down as host of his popular weekly radio variety show at the end of the summer. So this weekend’s A Prairie Home Companion performances mark Keillor’s final times delivering “The News from Lake Wobegon” in the DMV. Those in attendance also get a glimpse of the show’s future: One of the special guests is Chris Thile of the Punch Brothers and Nickel Creek, the mandolin player who’ll replace Keillor in October. 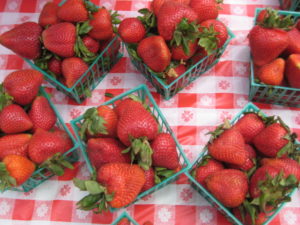 The annual Delaplane Strawberry Festival is a great excuse to spend a day in the rolling Virginia hills while supporting a good cause. The Emmanuel Episcopal Church is hosting the festival, with proceeds benefiting ministries at the church and grants throughout the community. The festival will feature hayrides, field games, dancing, music, magic, storytelling, crafts, a petting zoo, an antique car show, bake sale, hike, face painting, a cake walk and corn hole tournament and, of course, strawberries, along with many other activities for the entire family. Pack your own picnic or purchase pizza, wraps, hot dogs, funnel cakes, sundaes and strawberry shortcakes there. 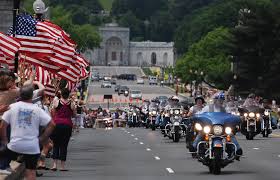 Thousands of motorcycles will descend upon the DMV this weekend, building up to Sunday’s main event: the 29th Rolling Thunder, a group ride from the Pentagon, over Arlington Memorial Bridge, up Constitution Avenue and back down Independence Avenue around the Mall, ending at West Potomac Park. The ride is a sight and sound to behold, especially if you have a comfortable seat with a view.

May 29 at noon-3:30 p.m. starting at the Pentagon’s north parking lot past Arlington Cemetery to the National Mall and ending at West Potomac Park. It is FREE to view the ride. 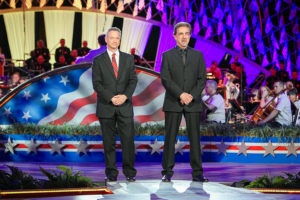 Actors Joe Mantegna and Gary Sinise host the National Memorial Day Concert, an annual event on the West Lawn of the U.S. Capitol, which features performances by country singer Trace Adkins, former American Idol contestants Katharine McPhee and Trent Harmon, the National Symphony Orchestra and the Beach Boys, among others. It also airs live on PBS.

May 28 (full concert dress rehearsal) and 29 (televised concert) from 8-9:30 p.m. (gates open at 5 p.m. both nights) on the West Lawn of the U.S. Capitol with entrances at Third Street and Pennsylvania Avenue NW and Third Street and Maryland Avenue SW. Admission is FREE! Food and water are allowed into the area, however alcohol is not. 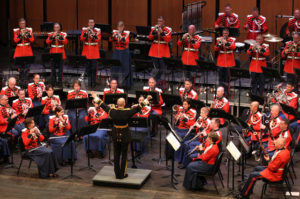 If you are out in the Virginia suburbs and don’t want to fight traffic, the 2016 Summer Blast Off is Wolf Trap’s free holiday concert. The show features “The President’s Own” United States Marine Band playing patriotic marches, Broadway tunes and Tchaikovsky’s 1812 Overture, with fireworks capping the evening at 9:45 p.m.

May 29 at 8 p.m. followed by fireworks at 9:45 p.m. at Wolf Trap’s Filene Center, 1551 Trap Road, Vienna, Admission is FREE, but get there early, the gates close when the park reaches capacity. 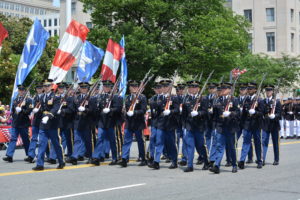 May 30 starting at 2 p.m. along Constitution Avenue starting at Seventh Street NW and continuing to 17th Streets NW. It is FREE to watch.