Sony Pictures’ The Angry Birds Movie has nothing to be angry about after making $38.16 million last weekend (May 20-22), providing the first true animated hit of the summer. The video game adaptation, featuring an all-star voice cast including Jason Sudeikis and Josh Gad, took first place, knocking Captain America: Civil War from the top spot after two weeks. The film’s opening weekend is just slightly behind the openings for other bird-themed movies including the $39.2 million start of 2011’s Rio and the $39.3 million opening of 2014’s Rio 2, and starts with more than double the $15.8 million opening of 2013’s Free Birds. With no other major animated films to compete with at the moment, and four weeks until the release of the next major animated feature with Disney Studios’ Finding Dory, The Angry Birds Movie should continue to fly high in the next month. 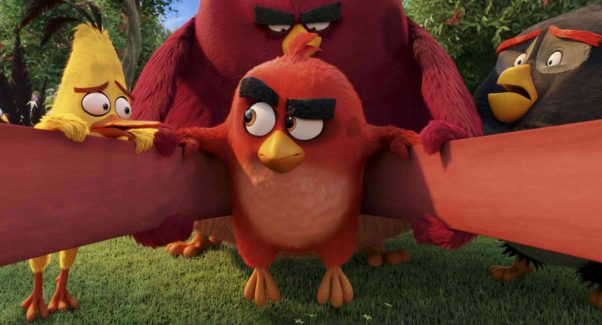 Disney’s Captain America: Civil War fell to second place with $32.94 million after commanding the box office for the previous two weekends. The superhero sequel starring Chris Evans, Robert Downey Jr. and Scarlett Johansson fell 55 percent in its third weekend, more than the 50 percent third-weekend drops of last year’sAvengers: Age of Ultron and 2013’s Iron Man 3, though less than the 38 percent third-weekend drop of 2014’s Captain America: The Winter Soldier, although that film’s April release date meant it faced weaker competition at the box office. Civil War has earned $347.22 million through 17 days, which is 6.6 percent behind the $372.03 million 17-day start of Age of Ultron, 2.9 percent behind the $337.66 million 17-day gross of Iron Man 3, and 73.3 percent higher than the $200.50 million 17-day take of The Winter Soldier.

Universal Pictures’ Neighbors 2: Sorority Rising started with an underwhelming $21.76 million for third place. The R-rated comedy sequel starring Seth Rogen, Zac Efron and Chloe Grace Moretz opened 55.6 percent behind the $49.03 million opening weekend of Neighbors in May 2014, and that was with the sequel playing in 105 more theaters than its predecessor. To be fair, the original was the only new release opening above $5 million that weekend, as opposed to this weekend where the sequel was one of three new releases opening above $10 million. With Neighbors 2 receiving worse reviews than the original and skewing younger with 61 percent of the audience under 25, don’t expect its cumulative gross to come anywhere near the $150.15 million final haul for the first Neighbors. This could reflect the decreasing star power of the two leads, Rogen and Efron. Both actors had starred in two films in between the first and second Neighbors films, and all four titles — Rogen’s The Interview and The Night Before, and Efron’s We Are Your Friends and Dirty Grandpa — underwhelmed at the box office. Or it may just be a continuation of the 2016 trend of sequels earning less than their predecessors, including The Huntsman: Winter’s War, Ride Along 2, Zoolander 2, My Big Fat Greek Wedding 2, Barbershop: The Next Cut and Kung Fu Panda 3.

Warner Bros. Pictures’ The Nice Guys came in fourth with $11.20 million. Despite some early concerns that the 1970s-themed action comedy starring Russell Crowe and Ryan Gosling box office would be hurt by the second weekend of Money Monster, also an adult-targeted counterprogramming to the traditional summer fare, if anything the effect seemed to have worked the opposite. Money Monster dropped 53 percent in its second weekend, a drop more typical of superhero films than adult-centered dramas. The Nice Guys’s strong reviews and word of mouth, in addition to its audience being 83 percent over the age of 25 (a demographic that isn’t as opening weekend-obsessed), may help it going forward.

Disney’s Zootopia was down 40 percent to make $1.68 million, dropping from sixth to eighth place in the weekend box office, but extending its amazing run of 12 weeks in the top 10 with $334.38 million, the most since Disney’s Frozen notched 16 weeks in late 2013/early 2014. Zootopia should be able to hold on in the top 10 for at least one more weekend, with only two new wide releases opening next weekend: Disney’s fantasy sequel Alice Through the Looking Glass and 21st Century Fox’s superhero sequel X-Men: Apocalypse.