Rain, Rain, Go Away, Come Back After May

Friday looks nice, but Saturday and Sunday both have chances of shower and thunderstorms. If there are breaks in the rain, there’s plenty of outdoor activities this weekend in the DMV. If not, there are a few indoor activities too.

This is the final weekend before Metro’s SafeTrack rail work begins, ending the subway’s 3 a.m. weekend closing for a year. Beginning June 3, Metrorail will close at midnight seven nights a week. Work continues this weekend with shuttle buses replacing trains between Stadium-Armory and Minnesota Avenue on the Orange Line on Saturday and Stadium-Armory and New Carrollton on Sunday with trains running every 15 minutes. Shuttle buses will also replace Blue Line trains between Stadium-Armory and Capitol Heights with trains every 15 minutes. Silver Line trains will operate every 12 minutes between Wiehle-Reston East and East Falls Church ONLY. Red Line trains will single track between NoMa-Gallaudet and Fort Totten and between Friendship Heights and Van Ness with trains operating every 24 minutes. Green and Yellow line trains will operate on regular schedules. 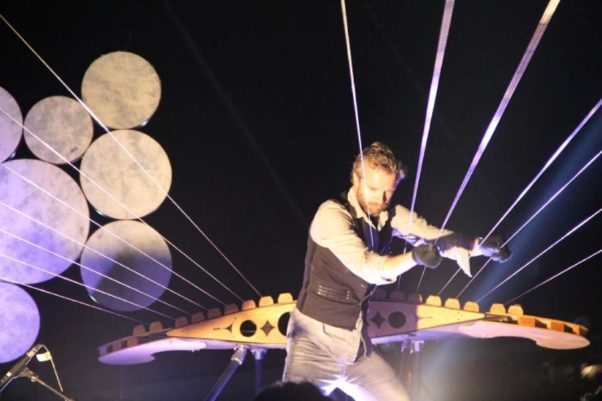 William Close plays an earth harp, two of which have been strung from the walls and ceiling of the Kennedy Center’s Hall of States for Ireland 100. (Photo: Kennedy Center)

Ireland 100: Celebrating a Century of Irish Arts & Culture, a festival coinciding with the 100th anniversary of Ireland’s independence, highlights the culture of the Emerald Isle and its relationship to America with 2 1/2 weeks of song, dance, theater, documentary screenings, food, readings and more. A number of free performances will take place outdoors. Saturday features a free Redhead Day (family day) for redheads and redheads-at-heart from 11:30 a.m.-4 p.m. on the North Plaza with music acts, dance performances, demonstrations and activities for the whole family finishing with a redhead kids’ parade and photo gathering.

Through June 5 at various times at the Kennedy Center, 2700 F St. NW. Ticket prices vary, although many performances are FREE!

Bugs, Bats and Brews on the National Mall 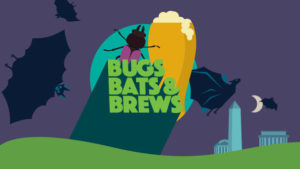 Bugs, Bats & Brews is in Constitution Gardens on the Mall beginning at 7 p..m. (Image: National Geographic)

National Geographic and the National Park Service have teamed up to offer a Bugs, Bats and Brews on the National Mall, a fun way to celebrate science with a beer garden, concert and discussion on the National Mall. Comedian Chris Duffy, who hosts the science-minded podcast You’re the Expert, will emcee the event, leading a discussion about myths and misinformation between Nat Geo photographer Anand Varma and TED fellow Danielle N. Lee. The evening ends with a performance from dance-pop band French Horn Rebellion. Wildlife DJ Ecotone mixes animal sounds with exotic beats.

May 20 at 7 p.m. at Constitution Gardens, 11th Street and Constitution Avenue NW. Admission is FREE! The beer garden opens at 6 p.m. Food and beer are available for purchase.

One of the best things about the Preakness Stakes: You go in with the hope of seeing a potential Triple Crown winner. This year’s star attraction is Nyquist, the Kentucky Derby favorite who held on to win the Run for the Roses. Will he add a blanket of black-eyed Susans to his collection? Horses not your thing? Shift your gaze to the InfieldFest: The bikini contest starts bright and early at 9 a.m., and the main stage headliners are DJ duo the Chainsmokers and rapper Fetty Wap, creator of 2015’s song of the summer, Trap Queen, while All Time Low plays on the Jagermeister stage. 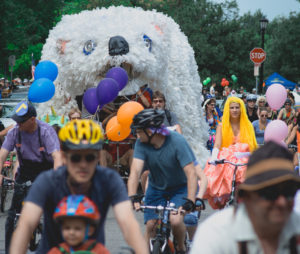 New Belgium Brewing is a big fan of bicycles — its best-known beer is Fat Tire, after all. For its annual Tour de Fat stop in Washington, the Colorado brewery combines bikes with its love of beer for a good cause — proceeds go to local nonprofits. Events include a costumed bike parade at 11 a.m., a fashion show at noon, soulful dream rock sounds from Esme Patterson and a futuristic fusion of Venezuelan disco-funk-party music Los Amigos Invisibles, a yoyo show with world record yoyo champion John Higby, comedian Adam Kuchler, a puppet show and more. You also can taste plenty of New Belgium beers, including the Tour de Fat exclusive Carnie Blood, an Imperial stout brewed with single-origin cocoa and chicory, and Citradelic Tangerine IPA.

Small Stories: At Home in a Dollhouse 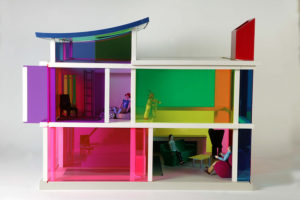 The contemporary Kaleidescope House was designed by an American architect and artist, and include specially commissioned art and furniture within. (Photo: Victoria and Albert Museum)

During the 17th century, dollhouses were rare, expensive and handmade by skilled craftsmen often to replicate real residences. Small Stories: At Home in a Dollhouse is a traveling display of 12 historical dollhouses from London’s Victoria & Albert Museum of Childhood, dating back 300 years. The dollhouses take you on a journey through the history of the home, everyday lives and changing family relationships. They show developments in architecture and design, encompassing country mansions, a Georgian town house, suburban villas, newly-built council estates and high-rise apartments. The industrial revolution opened up the possibility of mass manufacture and houses became a more common and affordable toy for many children. This is the only U.S. stop. The exhibition also includes fresh interpretations of dollhouse rooms from 24 contemporary American artists and designers. Sunday is a Family Afternoon at the museum, featuring storytelling workshops and a chance to meet Sushmita Mazumdar, a local artist featured in the Dream House exhibit featuring 24 rooms by American artists, designers and architects from 1-4 p.m. 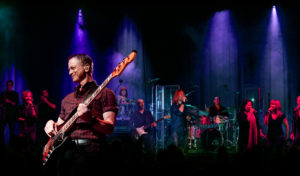 Gary Sinise and the Lt. Dan Band kick off the G.I. Film Festival with a concert at the Howard Theatre on Saturday. (Photo: Lt. Dan Band)

The 10th annual G.I. Film Festival gets underway Saturday with a concert by Gary Sinise & the Lt. Dan Band with opening act Stolen Silver at 6:30 p.m. on Saturday at the Howard Theatre. Sunday with a week of program that includes a filmmaking boot camp, documentaries, mainstream and indie features, parties and thematic blocs of short films on such subjects as grief and transitioning into civilian life. Films include Top Gun at 7 p.m. on Wednesday, X-Men: Apocalypse at 7 p.m. on Thursday, Beyond Glory at 5:40 p.m. on May 28. 13 Hours: The Secret Soldiers of Benghazi closes the festival at 6:30 p.m. on May 29.

May 22 at various times at the Naval Heritage Center, 701 Pennsylvania Ave. NW; the Embassy of Canada, 501 Pennsylvania Ave. NW; and Angelika Film Center, 2911 District Ave., Fairfax. https://gifilmfestival.ticketspice.com/ltdanbandconcert Tickets for the concert are $35 and $75. Individual screenings are $10-$120. https://gifilmfestival.ticketspice.com/giffxpasses Passes are $50-$500.

Bard in the Park 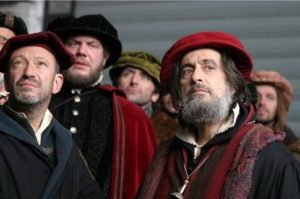 Al Pacino stars in the Merchant of Venice, which will be shown Saturday as part of Bard in the Park. (Photo: Sony Pictures)

As part of the ongoing Shakespeare 400 celebration, Folger Theatre is presenting Bard in the Park on the Southeast Waterfront featuring two of Hollywood’s best adaptations of the playwright’s work, with Folger actors introducing the screenings each night. On Saturday, see Al Pacino as Shylock in 2004’s The Merchant of Venice, followed on Sunday by the classic West Side Story (1961), a Romeo and Juliet tale of love and rival gangs set in Manhattan. 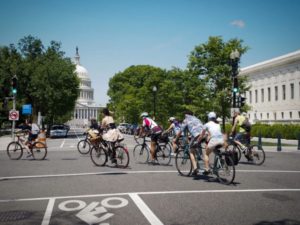 About 8,000 cyclists are expected to bike 17 miles along the National Mall and the Potomac River as part of the inaugural D.C. Bike Ride. A festival featuring music from DJ and Roots drummer Ahmir “Questlove” Thompson, as well as the ‘90s cover band White Ford Bronco, food trucks and family-friendly activities will be open to the public and mark the finishing line on Pennsylvania Avenue NW near the U.S. Capitol. The ride starts at Pennsylvania Avenue and Third Street NW, crosses the Mall and heads west to Georgetown before looping back to take the 14th Street Bridge over the river to Arlington then back toward the Capitol. (HOV lanes on I-395 as well as many in the city will be shut down for part of the day starting at 6:30 a.m.)

Yoga on the Mall 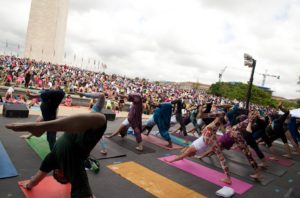 Join hundreds of others for Yoga on the Mall at the Sylvan Theatre by the Washington Monument on Sunday morning. (Photo: D.C. Community of Yoga)

As the finale for Metro D.C. Yoga Week, hundreds of people will gather for Yoga on the Mall spreading out mats around the Mall for a free, all-level yoga class led by yogis from around the DMV. There will be a acro yoga demonstration at 10 a.m., a 20-minute warm up at 10:15 a.m. and a 40-minute all-level class at 10:35 a.m. and 20 minutes of meditation after. There will also be a kids’ yoga class under the trees starting at 10:15 a.m.

May 22 at 10 a.m. at Sylvan Theater, 15th Street and Independence Drive SW. Admission is FREE! with registration. 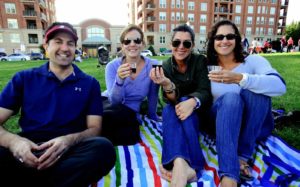 May 22 from noon-4 p.m. on the lawn at Park Potomac, 12505 Park Potomac Ave., Potomac. Admission is FREE! Drink tickets are $5 each or five for $20. Proceeds benefit the Rockville Fire Department. 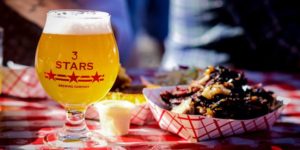 Beer and barbecue is the perfect pairing, but you haven’t had it like this. The second event in 3 Stars Brewing’s Summer BBQ Series puts Smoke and Barrel chef Logan McGear behind the grill while 3 Stars beers flow and local ska band the Delarcos performs.

May 22 from 2-7 p.m. at 3 Stars Brewing Co., 600 Chillum Place NW. Admission is $5, which includes one beer. All other food and drink are a la carte priced in $5 increments using the tickets.