The Jungle Book Hangs on to Top Spot

Disney Studios’ The Jungle Book continued to lead the box office with ease last weekend (April 22-24) with a second weekend take of $61.54 million. The 3D live-action computer animated hybrid directed by Jon Favreau held up very nicely for a film of its size in its second weekend, as it was down 40 percent from the previous weekend’s debut. Without taking into account inflation, The Jungle Book registered the 15th largest second weekend gross of all-time. The movie is quickly approaching the $200 million domestic mark with a massive 10-day gross of $192.21 million. The Jungle Book, should continue to hold up well going forward thanks in part to strong word of mouth. 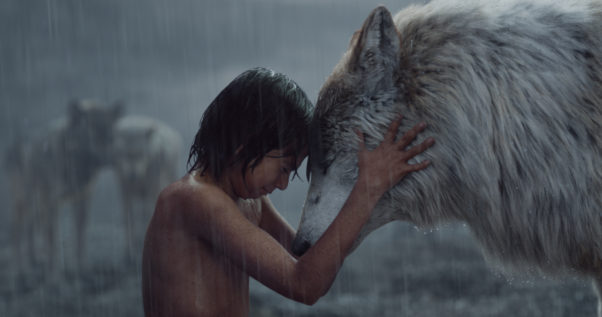 The Jungle Book hung on to the top spot at the box office for the second straight weekend. (Photo: Disney Enterprises Inc.)

The news was far different for The Huntsman: Winter’s War, as the Universal Pictures’ release finished in a distant second place with a $19.45 million. The follow-up to 2012’s Snow White and the Huntsman opened below scaled back expectations and a disappointing 65 percent below the $56.22 million start of Snow White and the Huntsman. Poor critical reviews, the film coming across more as a spin-off than a prequel and the break-out performance of The Jungle Book all took a toll on The Huntsman: Winter’s War last weekend. The film is highly likely to fall off quickly going forward, especially with Disney’s highly anticipated Captain America: Civil War arriving in the theaters on May 6.

Barbershop: The Next Cut placed in third with $10.52 million. The Ice Cube led comedy sequel from Warner Bros. Pictures, New Line and MGM was down 48 percent from the previous weekend. It continues to perform in line with expectations with a 10-day start of $35.72 million. Without taking into account inflation, the film is running 17 percent behind the $42.94 million 10-day take of 2004’s Barbershop 2: Back in Business.

Disney’s Zootopia claimed fourth place with $6.58 million. The 3D computer animated blockbuster continued to display tremendous holding power, as the film was down a very slim 19 percent from the previous weekend. The film has grossed $316.40 million in 52 days and currently trails Batman v Superman by just $3.08 million for domestic bragging rights.

Universal’s The Boss rounded out the weekend’s top five with $6.23 million. After experiencing a sharp second weekend decline, the Melissa McCarthy led R-rated comedy stabilized by falling 37 percent from last weekend. The Boss has grossed a solid $49.66 million in 17 days, as the film continues to perform in line with expectations.