The Jungle Book Roars Into Theaters 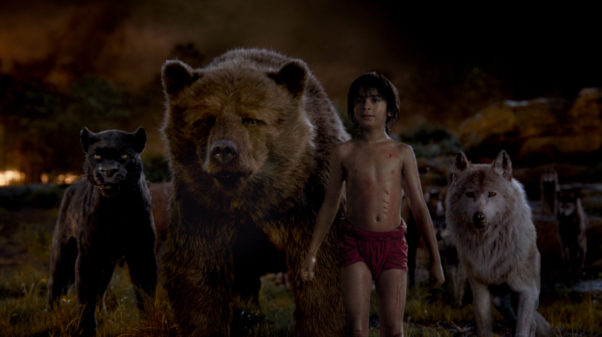 Disney’s The Jungle Book debuted in first place at the box office over the weekend with $103.26 million.
(Photo: Disney Enterprises Inc.)

Without adjusting for inflation, The Jungle Book claimed the 32nd largest opening weekend of all-time. In comparison to previous live-action blockbusters from Disney, The Jungle Book opened 31 percent ahead of the $79.11 million start of 2013’s Oz: The Great and Powerful and 49 percent ahead of the $69.43 million debut of 2014’s Maleficent. A strong marketing campaign, terrific critical reviews and four-quadrant appeal all contributed to the movie’s break-out performance last weekend. Given strong word of mouth and appeal with family audiences, it appears very likely that The Jungle Book will have stronger holding power than Disney’s previous live-action adaptations of its animated classics.

Barbershop: The Next Cut finished in second with a solid $20.24 million. The Ice Cube led comedy sequel from Warner Bros. Pictures, New Line and MGM opened in line with expectations. Without taking into account inflation, it debuted 17 percent below the $24.24 million launch of 2004’s Barbershop 2: Back in Business. Comedy sequels that arrive many years after their predecessors typically don’t perform as well as their predecessors, especially when it comes to admissions. The film will soon face direct competition from fellow Warner Bros. comedy Keanu, which arrives in theatres on April 29.

After opening in first place the previous weekend, Universal Pictures’ The Boss fell two spots to third with $9.96 million. The Melissa McCarthy led R-rated comedy was down a sharp 58 percent, as mixed word of mouth and the additions of The Jungle Book and Barbershop: The Next Cut in theaters clearly took a toll. The Boss has grossed $40.14 million in 10 days. While The Boss doesn’t look like it will duplicate the holding power of McCarthy’s previous hits, the film is still having a solid performance with expectations and its modest price tag in mind.

Meanwhile, Lionsgate’s Criminal debuted in sixth place last weekend with $5.77 million. The action-thriller starring Kevin Costner debuted below modest expectations and represents another underwhelming performer for Lionsgate in 2016. Costner had seen a string of five straight opening weekend performances that all fell within the range of $6 million to $16 million, but Criminal came in just under that range and instead performed more in line with the $5.40 million start of last year’s Self/Less. Poor reviews didn’t help matters, although it appears to be going over a bit better with moviegoers than it has with critics. However, mixed word of mouth won’t be enough to help the film going forward, especially after its slow start.