No Change in Top 3 Weekend Movies

Warner Bros. Pictures’ Batman v Superman: Dawn of Justice easily remained in first place last weekend (April 1-3) with $51.34 million. However, the blockbuster superhero film starring Ben Affleck and Henry Cavill was down a sharper than expected 69 percent. Poor critical reviews, mixed word of mouth among moviegoers and built-in front-loading for the film to begin with have all had a clear effect on the movie.. With that said, Batman v Superman has already passed the $250 million mark with a 10-day gross of $261.41 million. Without taking into account inflation, that represents the 11th largest 10-day start of all-time. After last weekend’s decline, it will be important for Batman v Superman to stabilize next weekend. 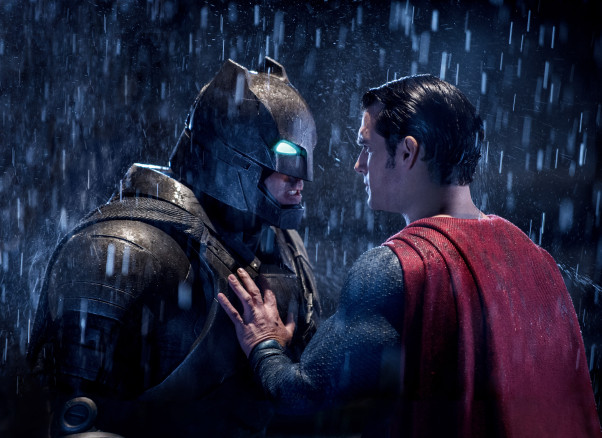 Batman v Superman: Dawn of Justice hung on to number one over the weekend with $51.34 million.
(Photo: Clay Enos/DC Comics)

Walt Dinsey Studios’ Zootopia held steady in second place with $19.33 million. The blockbuster 3D computer animated film from Walt Disney Animation Studios continued to hold up well, as it was down just 17 percent from the previous weekend. The film continues to be aided by terrific word of mouth and animated films in general also tend to hold up very well the weekend after Easter weekend. Zootopia registered the seventh largest fifth weekend gross of all time. It has taken in $275.26 million in 31 days.

Universal Pictures’ My Big Fat Greek Wedding 2 followed in third place with $11.22 million. The long-awaited comedy sequel starring and written by Nia Vardalos held up well, as it was down 37 percent from its previous weekend debut. With fellow Universal comedy The Boss opening this coming Friday, it was important for My Big fat Greek Wedding 2 to hold up well last weekend. It continues to perform on the high end of expectations with a 10-day take of $36.58 million.

God’s Not Dead 2 debuted in fourth with an opening weekend take of $7.62 million. The faith-based sequel from Pure Flix performed below expectations and opened 12 percent below the $9.22 million debut of 2014’s God’s Not Dead. God’s Not Dead 2 opening below its predecessor was especially underwhelming given that the sequel opened in 2,419 locations last weekend, while the original opened in only 780 locations. At the same time, God’s Not Dead 2 was still off to a respectable start with its low production cost in mind.

Fellow faith-based film Miracles from Heaven followed closely behind in fifth with $7.26 million. The Sony Pictures’ release starring Jennifer Garner was down just 25 percent and has grossed a healthy $46.53 million in 19 days. That represented a strong hold given the new competition the film faced from God’s Not Dead 2. With continued strong word of mouth and the launch of God’s Not Dead 2 behind it, Miracles from Heaven is likely to continue to hold up very well going forward.

Freestyle’s Meet the Blacks opened in eighth place with an estimated $4.06 million. The R-rated comedy starring Mike Epps was playing in a relatively modest 1,015 locations last weekend. The movie opened towards the higher end of expectations.

Meanwhile, Bleecker Street’s Eye in the Sky had a successful expansion with a ninth place take of $3.96 million. The critically acclaimed film starring Helen Mirren and the late Alan Rickman played in 1,029 locations. Eye in the Sky has grossed $6.05 million in 24 days and will soon pass by the $7.86 million final gross of last year’s Trumbo to become the highest grossing Bleecker Street release to date in the history of the young distributor.