Warner Bros. Pictures’ Batman v Superman: Dawn of Justice was off to a very good debut last weekend (Mar. 25-27) with $166.01 million. The blockbuster superhero film starring Ben Affleck and Henry Cavill established new opening weekend records for the month of March registering the seventh largest opening weekend take of all time without adjusting for inflation. That record was previously held by the $152.54 million launch of 2012’s The Hunger Games. 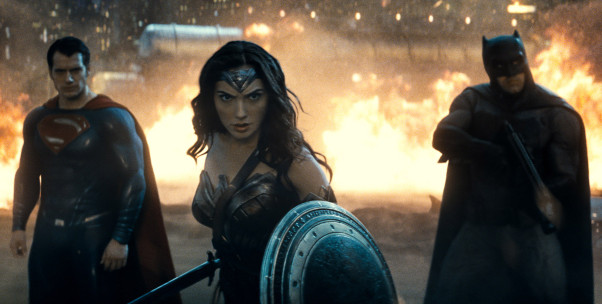 It also set a record for Easter weekend, unseating last year’s $147.19 million start of Furious 7. Batman v Superman also delivered the largest debut of 2016 thus far, topping the $132.43 million three-day start of Deadpool. While poor critical reviews probably prevented the film from doing even better, they clearly didn’t prevent it from getting off to a strong start as Batman, Superman and Wonder Woman appearing in the same film made Batman v Superman a critic-proof event for moviegoers. Initial word of mouth for the movie also appears to be lackluster, but it could be helped out in the near future by the relatively modest line-up of new wide releases entering theaters over the next two weeks.

After leading the box office for the past three weekends, Walt Disney Studios’ Zootopia took second with $24.02 million, which represented a 35 percent decline. The blockbuster 3D computer animated film from Walt Disney Animation Studios continued to hold up well. Without adjusting for ticket price inflation, Zootopia registered the 15th largest fourth weekend gross of all-time. The movie is quickly approaching the $250 million domestic mark, as it has grossed $241.43 million in 24 days.

Universal Pictures’ My Big Fat Greek Wedding 2 was off to a nice third place start with $17.86 million. The long-awaited comedy sequel starring and written by Nia Vardalos opened on the high end of expectations and performed well with its modest production cost in mind. It presented strong counter-programming for those not interested in Batman v Superman. As is the case with Batman v Superman, it appears that My Big Fat Greek Wedding 2 is going over better with moviegoers than it has with critics.

Meanwhile, Paramount Pictures’ 10 Cloverfield Lane and 20th Century Fox’s Deadpool claimed sixth and seventh place with respective weekend takes of $5.94 million and $4.90 million. 10 Cloverfield Lane fell a sizable, but respectable 53 percent from the previous weekend. Deadpool was down just 39 percent, which represented an impressive hold given the direct competition from Batman v Superman. Respective total grosses stand at a massive $349.37 million for Deadpool in 45 days and at a healthy $55.951 million for 10 Cloverfield Lane in 17 days.

Also of note last weekend was the expansion of Roadside’s Hello, My Name is Doris in 488 theaters. With $1.67 million, Doris starring Sally Field took ninth place.