Walt Disney Studios’ Zootopia took in $37.16 million last weekend (Mar. 18-20) to lead the weekend box office for a third consecutive week. The 3D computer animated film from Walt Disney Animation Studios was down only 28 percent from the previous weekend’s strong hold. Without adjusting for inflation, Zootopia had the ninth largest third weekend gross of all-time and the second largest third weekend gross ever for an animated film behind only the $37.93 million third weekend take of 2004’s Shrek 2. 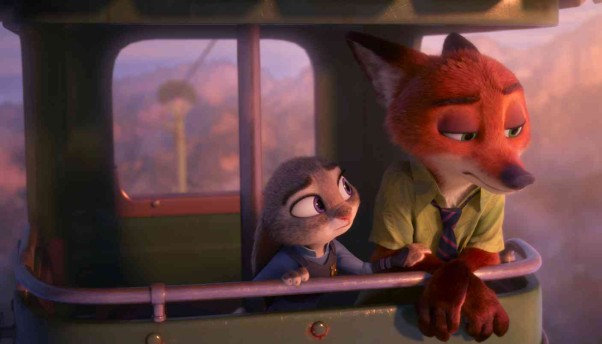 Zootopia remained at the top of the weekend box office for the third week, beating The Divergent Series: Allegiant. (Photo: Disney)

Zootopia passed the $200 million mark last weekend and has grossed $200.93 million in 17 days. Given its strong word of mouth, the approaching Easter holiday and the relative lack of competition for family audiences throughout the rest of March and early April, Zootopia should continue to hold up well going forward.

The news was far less encouraging for Lionsgate’s The Divergent Series: Allegiant. The third installment of the young adult franchise starring Shailene Woodley debuted in second place with $29.03 million. Allegiant opened a bit below scaled back expectations. The film had been expected to fall off sharply from the performance of last year’s Insurgent and it did, as Allegiant opened 44.5 percent below the $52.26 million debut of Insurgent. Young adult adaptations have seen a decline in their popularity in recent years, with Allegiant serving as the most recent example of that trend. In addition to softer early word of mouth going forward, Allegiant will also have to deal with the highly anticipated launch of Warner Bros. Pictures’ Batman v Superman: Dawn of Justice next weekend.

Sony Pictures’ Miracles from Heaven debuted in third place with $14.81 million. After a modest midweek start on Wednesday and Thursday, the faith-based film starring Jennifer Garner picked up speed once the weekend hit and has grossed $18.37 million in its first five days. The film opened 38 percent below the $29.56 million five-day start of 2014’s Heaven is for Real, but wasn’t expected to open as strong as that film did. It’s also possible that Miracles from Heaven will hold up better going forward given its strong word of mouth, its early back-loading and from opening one week earlier in relation to Easter than Heaven is for Real did. Miracles from Heaven was off to a good start with its modest $13 million production budget in mind.

Paramount Pictures’ 10 Cloverfield Lane was down two spots from its debut weekend to finish in fourth with $12.51 million. The J.J. Abrams produced thriller starring Mary Elizabeth Winstead and John Goodman was down 49 percent from the previous weekend. That represented a respectable second weekend hold, especially since 10 Cloverfield Lane lost IMAX screens to Allegiant last weekend. In addition to good word of mouth, 10 Cloverfield Lane probably also got a bit of a boost from moviegoers who wanted to catch the film before the arrival of Batman v Superman next weekend. 10 Cloverfield Lane has grossed $45.18 million in 10 days. That is towards the higher end of expectations.

Deadpool rounded out the weekend’s top five with $8.01 million. The Ryan Reynolds led blockbuster antihero film from 20th Century Fox continued to hold up nicely, dropping just 27 percent. Deadpool continues to pad its total as the highest grossing release of 2016 thus far with a 38-day gross of $340.95 million. Deadpool will probably fall off much harder next weekend with the arrival of Batman v Superman.

London Has Fallen followed in sixth place with $6.85 million. The action thriller sequel from Focus and Gramercy was down 37 percent from the previous weekend. It passed the $50 million mark last weekend and has grossed $50.04 million in 17 days. That is in line with expectations, but is 30 percent softer than the $71.24 million 17-day gross of 2013’s Olympus Has Fallen.