Is Intense Exercise Bad for the Heart?

There is growing evidence that high levels of intense exercise may be cardiotoxic and promote permanent structural changes in the heart, which can, in some individuals, predispose them to experience abnormal heart rhythm. A review published in the Canadian Journal of Cardiology explores current controversies and makes the case for more research into the effect of intense exercise on heart structure and function. 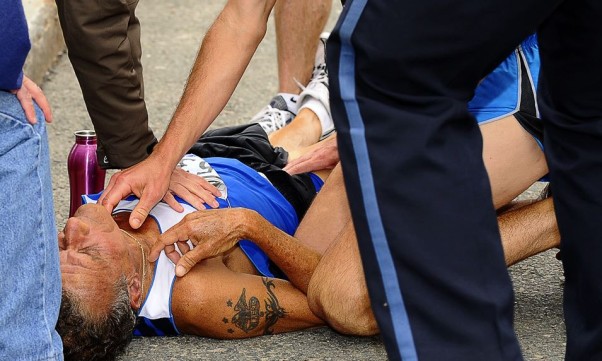 Researchers are now questions whether high levels of intense exercise may be bad for the heart.
(Photo: Steve McLaughlin/boston.com)

There are unquestionable benefits to “getting off the couch.” However, there is already compelling evidence supporting the association between long-term sports practice and increased prevalence of atrial fibrillation, and the fact that this relates to chronic altered atrial substrate. Without challenging the undeniable evidence supporting low and moderate intensity exercise, the review by sports cardiologist Dr. André La Gerche provides a balanced discussion of the available data for and against the concept that intense exercise, particularly endurance exercise, may cause adverse cardiac changes in some athletes.

“Much of the discussion regarding the relative risks and benefits of long-term endurance sports training is hijacked by definitive media-grabbing statements, which has fueled an environment in which one may be criticized for even questioning the benefits of exercise,” said La Gerche, who is head of sports cardiology at the Baker IDI Heart and Diabetes Institute in Australia. “This paper discusses the often questionable, incomplete and controversial science behind the emerging concern that high levels of intense exercise may be associated with some adverse health effects.”

As La Gerche points out, all available therapies, pharmacological or otherwise, have a dose-response relationship whereby benefits diminish at high doses and the risk of adverse events increases. An open mind would consider that this may even be possible for exercise. 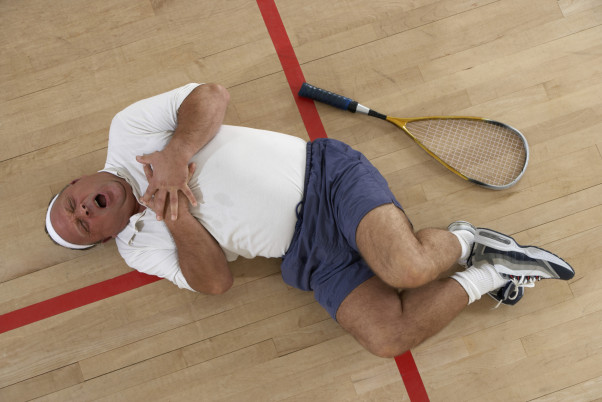 While not disputing the health benefits of exercise, an Australian physician says endurance exercise may cause adverse cardiac changes in some athletes. (Photo: Thinkstock)

A commonly held view is that adverse clinical events in athletes are explained by exercise acting as a trigger in individuals who are susceptible because of an underlying abnormality. La Gerche excludes inherited conditions from this discussion, focusing instead on whether exercise may affect a change in the heart that may serve as a cause of arrhythmias in its own right. He reviews the following emerging controversies:

Many of these controversies are based on small cross-sectional cohort studies and small mechanistic studies that are dwarfed by the large population studies supporting the benefits of exercise, albeit in doses of exercise less than those commonly practiced by elite sportspersons, notes La Gerche.

“The answers regarding the healthfulness of ‘extreme’ exercise are not complete and there are valid questions being raised,” continues La Gerche. “Given that this is a concern that affects such a large proportion of society, it is something that deserves investment. The lack of large prospective studies of persons engaged in high-volume and high-intensity exercise represents the biggest deficiency in the literature to date, and, although such work presents a logistical and financial challenge, many questions will remain controversies until such data emerge.”