Head to H Street NE this weekend as the D.C. Streetcar is scheduled to finally open following a ceremony at 10 a.m. If you haven’t ventured down H Street in a while, notable newcomers in the last year include Marketto, Sally’s Middle Name, Ben’s Chili Bowl, Ten 01 and a Nando’s Peri-Peri, which has promised to run a shuttle on H Street Saturday, just in case. The Atlas Theater also kicks off its annual Intersections festival that you can take the streetcar to. And there are plenty of other things to do all around the DMV. 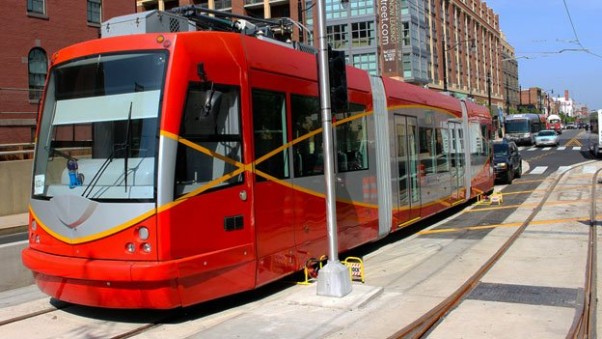 We’ve been waiting for the D.C. Streetcar for years now. The city has spent billions of dollars on it and claims it will start carrying passengers along H Street and Benning Road NE on Saturday. After a number of delays and false starts, an opening ceremony is scheduled to kick off service for the first time on Saturday. Regular streetcar hours are 6 a.m.-midnight Monday through Thursday, 6 a.m.-2 a.m. on Friday, 8 a.m.-2 a.m. on Saturday and 8 a.m.-10 p.m. on holidays. It is closed on Sunday. They are scheduled to run every 10-15 minutes.

Feb. 27 at 10 a.m. at 13th and H Streets NE. The streetcar travels H Street NE from just outside Union Station to Benning Road then along Benning Road to Oklahoma Avenue NE. It is free to ride, for now. 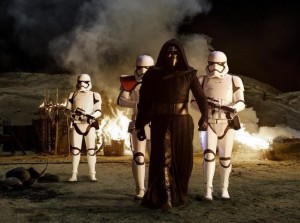 The National Air and Space Museum’s IMAX theater has been closed since early January for an upgrade. It reopens this weekend with a state-of-the-art dual-laser projection system and an immersive sound system to go with its new 74-by-49-foot screen. To celebrate its reawakening, the theater will show the blockbuster Star Wars: The Force Awakens for a three-day engagement. 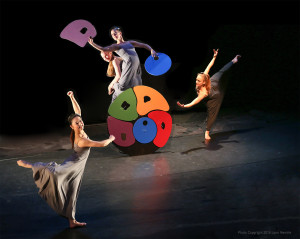 General Mischeif Dance Theatre’s “Mischief Goes Mobile/Up and Away” centers around the puzzle of assembling a 20-foot overhead mobile. It will be at the Intersections Festival at 11:30 a.m. Saturday. (Photo: Lynn Redmile)

The annual Atlas Intersections Festival kicks off its 10th anniversary this weekend. The festival brings the best of D.C. arts and artists to the stage with almost 100 performances. Productions include theater, dance, music, vocal, choral, visual artists, video, film, writing, sculpture, photography, circus, spoken art and community art. Discover how the art world and the real world intersect. There are shows for the young, including Shakespeare for the Young: Midsummer Magic being performed all weekend that tells the story of Titania and Oberon, Puck and Fairy and Bottom the Weaver with soft body puppetry, to the young-at-heart. Both Saturday mornings from 9 a.m.-noon are FREE Family Fun Days with a DJ, balloons, clowns, instrument “petting zoos” and more.

The Washington Jewish Film Festival is one of the DMV’s longest-running movie festival in its 26th year this year. The year, the slate of films touches on gender, migration, the supernatural, Arab citizens of Israel, artists’ lives and LGBTQ themes. There are nearly 70 films this year, including Natalie Portman’s directorial debut, A Tale of Love and Darkness, which is the festival’s closing event. Portman will be in attendance.

Through Mar. 6 at various times at the Washington Jewish Community Center, 1529 16th St. NW. Other venues include the AFI Silver Theatre in Silver Spring, the Avalon Theatre, National Gallery of Art and E Street Cinema in D.C., Bethesda Row Cinema, and the JCC of Great Washington in Rockville. Individual tickets are $13 online and $15 at the door, except opening and closing nights, which are $30. All-access VIP passes for every screening are $250 and festival pass to all standard price shows are $150. 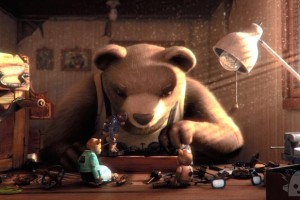 Bear Story is among the Oscar-nominated animated shorts screening at the National Archives at 3:30 p.m. Saturday. (Photo: Punkrobot Animation Studio)

The National Archives hosts its 12th annual Oscar-nominated film showcase with screenings of the Academy Award nominees in the documentary feature, documentary short subject, live action short film and animated short film categories. On Friday at 7 p.m. watch The Look of Silence followed by screenings of the live action short films on Saturday at noon, the animated short film nominees at 3:30 p.m. and What Happened, Miss Simone? at 7 p.m. At 11 a.m. on Sunday, the documentary short subject nominees will be screened followed by Winter on Fire: Ukraine’s Fight for Freedom at 4 p.m.

Feb. 26-28 at the times listed in the National Archives’ William G. McGowan Theater, 700 Pennsylvania Ave. NW. Admission is FREE, but seating is on a first come, first seated basis. Doors open 45 minutes prior to showtime. Reservations are recommended.

Lord of the Dance: Dangerous Games 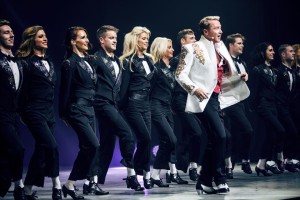 Lord of the Dance: Dangerous Games is Michael Flatley’s farewell tour. Flately, 57, who clatter-tapped his way to fame in Lord of the Dance, is retiring after his final performance on St. Patrick’s Day in Las Vegas. After his show in Fairfax, he’ll have just 12 more shows. The show includes holographs, special effects lighting, dancing robots, world champion acrobats and a team of Irish dancers including proteges Morgan Comer, James Keegan and Fergal Keaney. 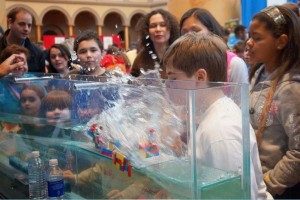 More than 25 hands-on activities geared towards kids 4-12 awaits at Discover Engineering Family Day. Engineers design the bridges you drive across, improve the food you eat, perfect the fabrics you wear and even build computers like the one you’re looking at right now. Discover how professional engineers turn ideas into reality and do some engineering and problem solving. Recommended for kids 6-12, activities including exploring the forces behind roller coasters, building a structure that withstands a tsunami, discovering what makes popcorn pop, launching a rocket and constructing a newspaper skyscraper. Some of the activities even count toward scouting badges.

Giant, luminescent bunnies and other displays will light up Yards Park this weekend. (Photo: The Yards)

Giant luminescent rabbits by Australian artist Amanda Parer will join other large sculptures constructed of industrial steel with illuminated white cubes and a large-scale projection mapping display set to the beat of a live DJ lighting up Yards Park on the SE Waterfront during Light Yards. Families are invited from 3-6 p.m. to see the enormous glowing bunnies, while enjoying children’s activities including a giant Lite-Brite, bunny crafts, balloon artists, face painting, glitter tattoos and a DJ. Then from 6-10 p.m., the park will meld music and art with a performance by electric violinist DJ Manifesto. In addition, food and drinks will be available for purchase. 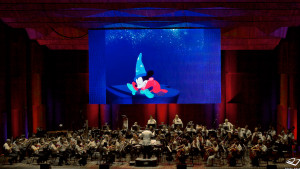 the Czech National Symphony Orchestra will perform along with scenes from Fantasia. (Photo: Derek Brad Photography)

Dancing hippos, ostriches and alligators; frolicking mythical centaurs and unicorns; and one famous mouse dabbling in magic come to life with live music in this performance of Disney Fantasia: Live in Concert. Experience the animated Fantasia films as you’ve never experienced them before: accompanied by a full, live orchestra. Enjoy favorite scenes from the film and its sequel, Disney Fantasia 2000, with live music played by the Czech National Symphony Orchestra. Stunning imagery from Disney’s animation studios appears on screen above as the orchestra plays famous works such as Tchaikovsky’s The Nutcracker Suite, Beethoven’s Pastoral Symphony, Resphigi’s Pines of Rome and Dukas’s The Sorcerer’s Apprentice. 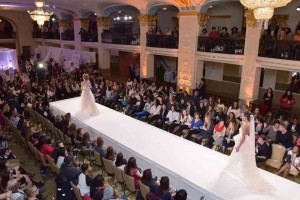 If you’re planning an upcoming wedding, visit the Capital Bridal Affair and Fashion Show. About 60 wedding planners, photographers, venues, florists, jewelers, caterers, bakers and more will be on hand to help you. At 3 p.m., there will be a runway fashion show featuring wedding gowns, brides maids’ dresses and tuxes.

And the Winner Is… 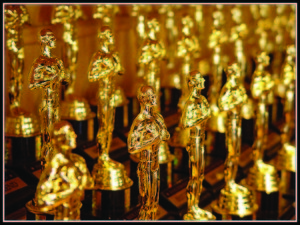 Watch the Academy Awards with the D.C. Film Society on Sunday. (Photo: Academy of Motion Picture Arts and Science)

The D.C. Film Society hosts And the Winner Is…, it’s 24th annual Oscar party at Arlington Drafthouse ‘N Cinema. Cheer the stars with fellow film fan on Oscars night. The party features giveaways, trivia and “Predict the Winners” contests. There will also be a silent auction (cash/check only) with restaurant, movie, comedy club and theater tickets, movie posters and items signed by visiting filmmakers and actors including Richard Gere, Jason Segel and Particia Clarkson.