Uptown Funk Is Best Song of the Year 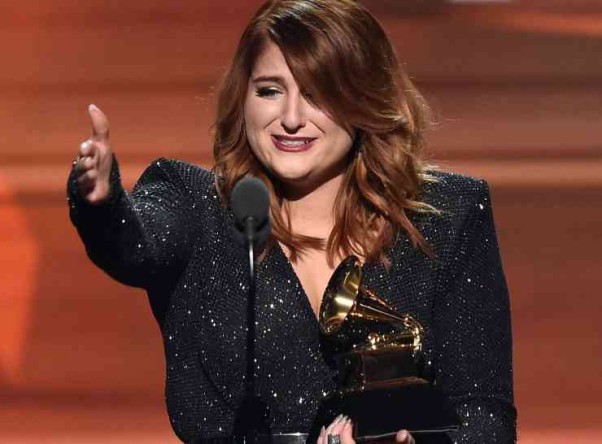 “Thank you to the Grammys. I love you so much,” said a teary-eyed Trainor, who also thanked her parents and Epic Records CEO L.A. Reid.

Kendrick Lamar took home five Grammys including one for Best Rap Album of the Year for To Pimp a Butterfly.

Ed Sheeran walked away with his first-ever Grammy, winning song of the year for Thinking Out Loud. “We wrote it on a couch in my house,” he said of the song, which also won him best pop solo performance. The night also marked first wins for Justin Bieber, the Weeknd, Chris Stapleton, Pitbull and Alabama Shakes.

Swift opened the show by performing Out of the Woods in a sequined jumpsuit, a departure from her red carpet attire, which had featured a tiny coral orange top. By the time she took the stage, she had already won two Grammys during the show’s pre-telecast.

The show featured tributes to three music legends who passed away earlier this year. Lady Gaga performed in David Bowie-inspired makeup and gear as she ran through 10 of the icon’s hits, including Space Oddity, Changes, Fame, Let’s Dance and Heroes. Stevie Wonder joined with Grammy-winning a capella group Pentatonix to perform That’s the Way of the World in honor of Earth, Wind & Fire founder Maurice White, while members of the Eagles and Jackson Browne sang Take It Easy for Glenn Frey.

Rihanna was a no show. “After Grammy rehearsal today, Rihanna’s doctor put her on vocal rest for 48 hours because she was at risk of hemorrhaging her vocal chords,” a representative said. “The antibiotics she has been on for three days did not kill the infection adequately therefore she cannot perform safely.”

Below is a list of some of the big winners: 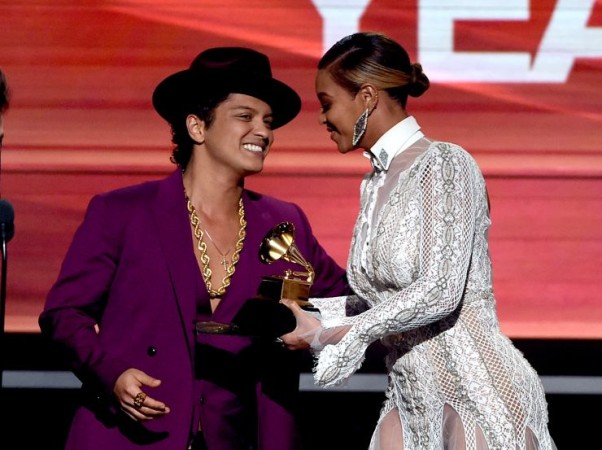 Record of the Year

Album of the Year

Song of the Year

Thinking Out Loud by Ed Sheeran

The Silver Lining: The Songs of Jerome Kern by Tony Bennett and Bill Charlap

Where Are Ű Now? by Skrillex and Diplo with Justin Bieber

Earned It from Fifty Shades of Grey by The Weeknd 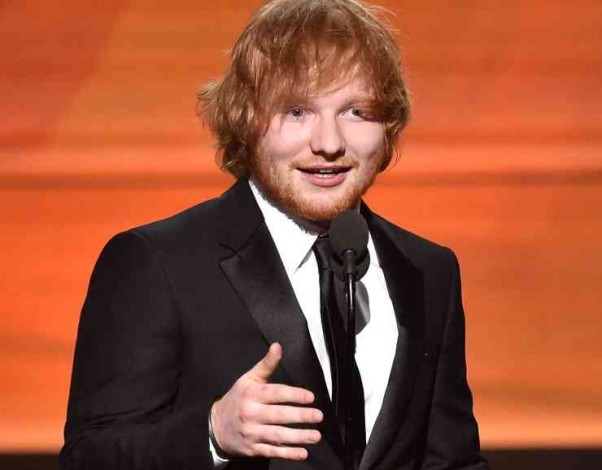 Ed Sheeran accepts one of his Grammys. (Photo: Kevin Winter/WireImage)

Beauty Behind the Madness by The Weeknd

Black Messiah by D’Angelo and The Vangard

To Pimp a Butterfly by Kendrick Lamar 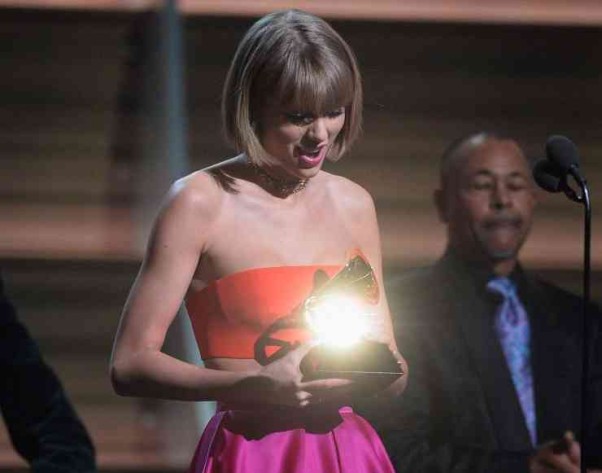 Hast La Rais by Natalia Lafourcade and
Dale by Pitbull

A Full Life: Reflections at Ninety by Jimmy Carter

Best Arrangement, Instrumental or A Capella