Wahlburgers, the hamburger chain from actors Mark and Donnie Wahlberg and their chef brother, Paul, and featured on the A&E network television show, is looking to open in the DMV. 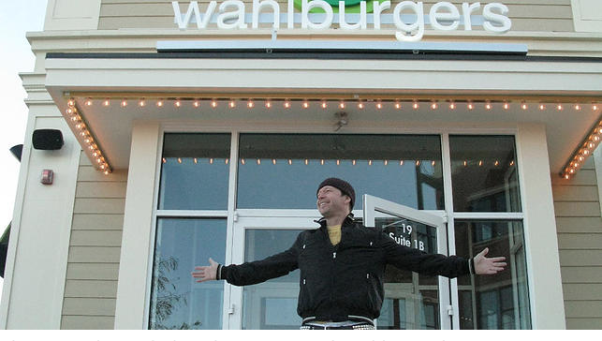 Actor Donnie Wahlberg in front of one of the burger joints he owns with his brothers. (Photo: Walburger)

Boston-based Wahlburgers serves classic burgers made fresh daily along with some signature patties, such as the OFD (Originally from Dorchester with tomato jam, sautéed mushrooms and Swiss cheese. According to the website, Paul’s favorite is the signature burger with Wahl sauce, onion, dill pickle lettuce, tomato and American cheese, while Donnie’s favorite is the BBQ bacon burger with cheddar cheese, bacon, avocado, fresh jalapenos and BBQ sauce, while Mark likes the fresh ground seasoned turkey patty with stuffing, orange cranberry sauce, roasted butternut squash and mayo. They also serve chicken, fish and Portobello sandwiches, hot dogs, salads, sides such as tater tots, chili and macaroni salad, and dessert. Each location also has a bar with draft and bottled beers, cocktails, wines and adult frappes.

The DMV has been on the radar for the burger chain in recent months. The city is part of the company’s national expansion plans, according to Business Insider. That story referenced an agreement already in place for a location in D.C.; Marine declined to comment on any specific locations.

The chain just opened its sixth location in December and hopes to open 100 to 150 more locations in the next five years. The brothers currently have three restaurants in Massachusetts, one on Coney Island and two in Toronto with three others opening in Orlando, Philadelphia and Las Vegas soon. The restaurants are the subject of Wahlburgers, a reality TV show about the family on A&E. The show has aired four seasons since 2014 and has been renewed for two more. 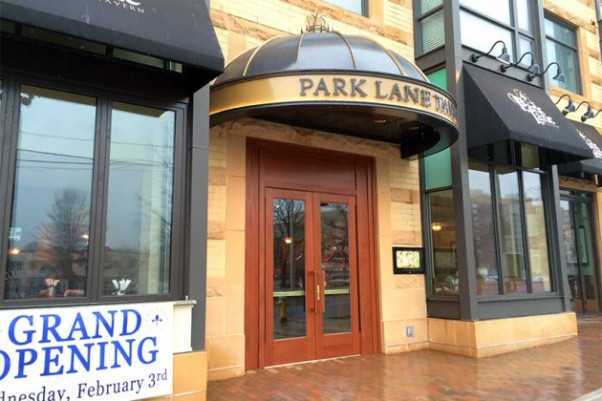 The new European-inspired restaurant is modeled after an actual hotel bar in Paris with typical pub carpeting from Britain and lighting from Spain along with several flat-screen TVs. It serves “approachable comfort food” such as bangers and mash, shepherd’s pie, fish and chips and jagerschnitzel along with soups, salads, appetizers, burgers and sandwiches, which are mostly American with a European influence (fried brie instead of mozzarella sticks). Appetizers range from $9-$12, while burgers, pizza and sandwiches range from $11-$16. Entrées range from $15-$28.

The bar has about two dozen beers sorted by country of origin on tap along with a rotating cask ale. There are also wines, more than 40 Scotch whiskeys as well as a large selection of bourbons and Irish whiskeys. Imported drafts range from $7-$11, with select beers and glasses of wines for $5 during happy hour. The signature is a breakfast shot – a shot of Jameson whiskey and butterscotch schnapps, followed by a shot of orange juice and a slice of bacon.

It is the tavern’s third location. The others, which originally opened in 2009 as The Pub before being rebranded, are in Fredericksburg and Hampton, Va. The owners also have a Brixx pizzeria in Virginia Beach to a seafood restaurant in Fort Lauderdale, Fla.

Black Iron Pizza, 1299 Pennsylvania Ave. NW, closed Feb. 1 after being open for less than a year. 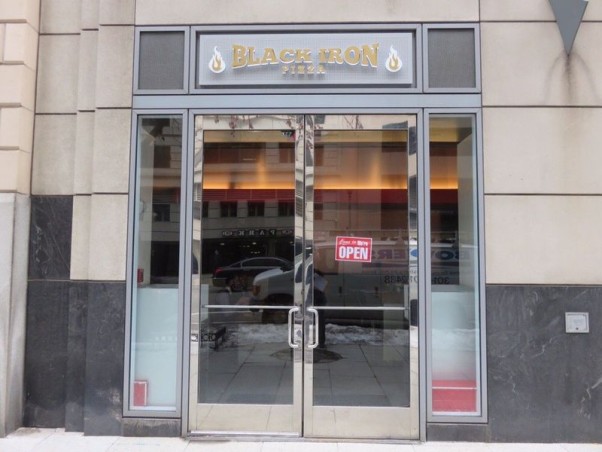 The quick service pizzeria was co-owned by Eric McCoy, formerly of Citronelle. A spokesman refused to comment on why the restaurant closed.

There is no word on what will replace it.

Black Jack, located above Pearl Diver Oyster Palace at 1612 14th St. NW, will mark Mardi Gras with four days of festivities beginning today and culminating in a festive, New Orleans-style celebration on Tuesday as the space is transformed into Bourbon Street with carnival decorations with a special menu featuring Cajun-style classics. 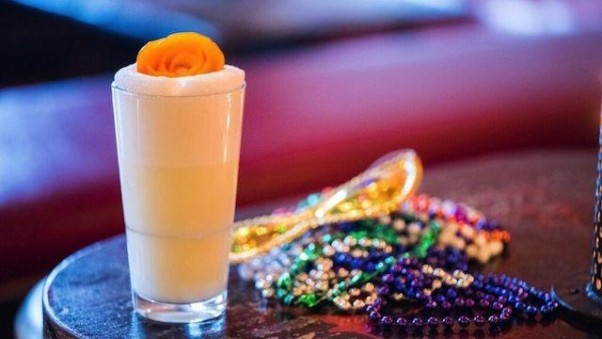 Local band, SWAGFUNK, a regular at D.C.’s popular Funk Parade, will perform from 4-8:30 p.m. on Saturday and again from 7-11 p.m. on Tuesday. Sunday will feature an all-day happy hour with the bar opening at 3 p.m. and the Super Bowl shown on all TV screens. 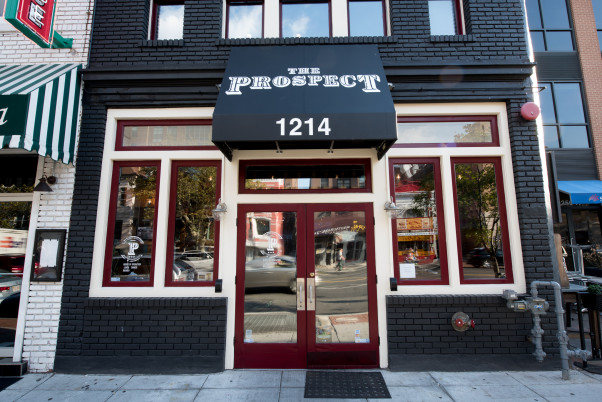 The Prospect on U Street NW will host Cider Week this week. (Photo: The Prospect)

Beginning Monday, The Prospect will shine the spotlight on cider with a week-long, cider-filled festival. Each evening, a different cidery will host a night-long tap takeover and a complimentary, educational tasting at 5 and 6:30 p.m. for as long as supplies last. Nightly cider specials will also be offered, such as a $14 rotating cider and hog wing flight pairing. To close out Cider Week, there will be a celebration with live music, tap takeovers and the Prospect’s signature stadium-style bites available on Friday

Monday will feature a takeover by Bold Rock Hard Cider, followed by The Standard Cider Co. on Tuesday, Sonoma Cider on Wednesday, Original Sin Hard Cider on Thursday and the closing celebration on Friday. Each cidery will transform The Prospect into a “tasting room,” allowing guests the opportunity to sample their latest blends. The bar’s frozen cider and cider-based cocktails will also be available throughout the week, in addition to the $14 rotating cider and hog wing flight pairing, featuring a trio of select ciders and three of The Prospect’s signature 24-hour braised, crispy-fried hot wings tossed in one of six house-made sauces.

On Feb. 9, Central, 1001 Pennsylvania Ave. NW, conjures the big easy with an a la carte menu of New Orleans specials and classic NOLA cocktails with some tasty twists. 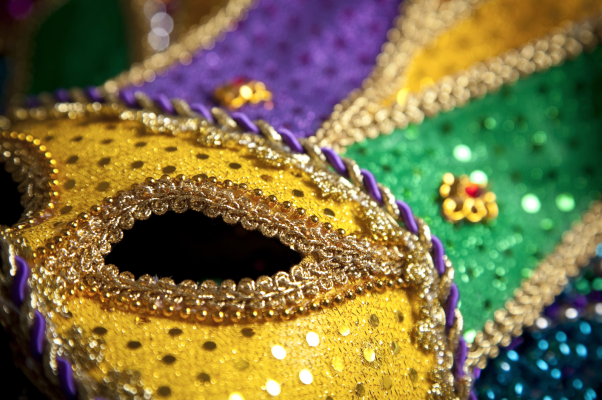 Central will give the person with the most creative mask a free dinner for two. (Photo: Stock)

From 5-8:30 p.m., guests are encouraged to parade their finery in the bar and lounge for a Mardi Gras masquerade contest will feature complimentary passed hors d’oeuvres. The wearer of the most festive mask will win a four-course dinner for two with wine pairing to be scheduled at their convenience.

There will be Mardi Gras beads for all, décor, masks and plumes. 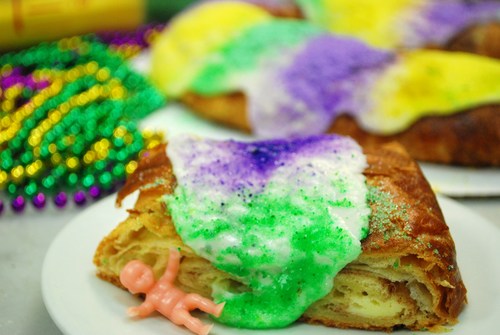 From 6-9 p.m. on Feb. 9, guests will enjoy a choice of three authentic N’awlins grub featuring Krewe de Roux parade route fare from jambalaya, crawfish Monica and muff-a-lottas to andouille and shrimp gumbo for $30 with complimentary pralines and a slice of “BB” King cake. Three N’awlins-style cocktails created by Gina Chersevani are $25 and three Abita Amber draft beers are $15 all night in complimentary Mardi Gras souvenir cups. There will also be free Rappahannock River Oysters and kids 12-and-younger eat free with a combo of mac and cheese, all-beef hot dogs and Abita root beer. Tickets can be purchased online or at the bakery.

The 1515 Courthouse Road, Arlington, location will be decorated and have beads for the annual Clarendon Mardi Gras parade on Feb. 9. The restaurant will prepare an authentic parade-goers menu of specialty-priced fare and drinks at the “NOLA” Hour from 6-8 p.m.

The Louisiana-style fish-house, Acadiana, 901 New York Ave. NW, will celebrate Mardi Gras with a blow out bash on Feb. 9. 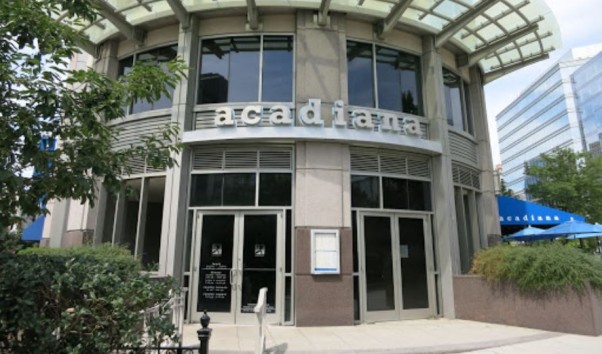 Guests will feast on signature carnival appetizers ranging from mini muffalettas to deviled eggs, set to the tunes of a live New Orleans-style jazz band. Mardi Gras street food at the bar includes crawfish bread with pickled jalapenos and cheddar cheese, cracklins, alligator fritters with tartare sauce, popcorn shrimp with cocktail sauce and lamb lollipop;s with Creole mustard and pickled onions all priced at $5 each.

In the dining room, a $45 three course prix fixe menu includes a lagniappe of oysters Rockefeller followed by the first course of oyster pan roast with Tasso ham, the holy trinity and sherry or crawfish Monica with house-made fettuccine. The second course includes a choice of rabbit etouffee or shrimp Creole. The third course is king cake donughts.

The Source to ring in Chinese New Year

The Source will ring in Chinese New Year with a prix-fixe menu honoring the Year of the Monkey on Feb. 11, along with a lion dance taking place at 6:30 p.m. 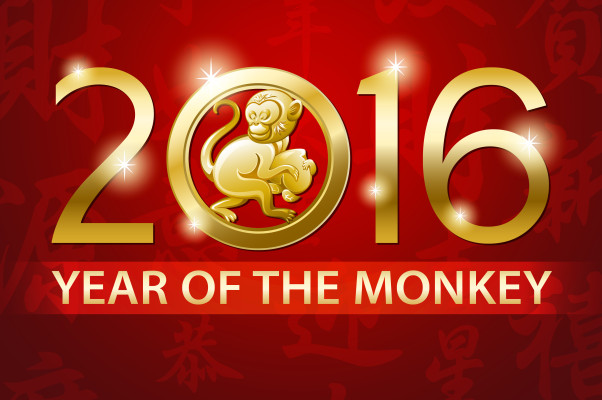 The special three-course menu begins with a whole jumbo head-on prawn, which represents family togetherness, along with smoked Chinese bacon and garlic-scallion sauce. The second course, which represents the five blessings of the New Year including longevity, riches, peace, wisdom and virtue, includes cumin-soy marinated Wagyu N.Y. strip with a five vegetable stir-fry. The final course includes monkey bread sticky cake with tangerine ice cream, which was chosen because the pronunciation of the word “tangerine” sounds much like the pronunciation of the word “monkey” in Mandarin.

Prior to dinner, guests will also have the opportunity to indulge in five live-action stations with food from guest chef Erik Bruner-Yang of Toki Underground and Maketto and chef Danny Lee of Mandu with delicacies such as whole suckling [ig; Chinese New Year dumplings; Chinese hot pot with clams; dduk guk; and steamed rice pouches. The entire evening is priced at $85 per person with an additional $35 per guest for an optional wine pairing.

From Feb. 8-19, the restaurant will offer a special Chinese New Year tasting menu instead of regular tasting menus. Highlights include Chinese New Year dumplings with cauliflower, pork, and lobster; scallion flower rolls with fermented black bean and mushroom chutney; and whole roasted chicken with satsuma-pepper sauce and crispy garlic. This menu is $110 per guest, with an additional $45 for a wine pairing. Regular a la carte items will also be available.

Rounding out the holiday, chef Scott Drewno will host guest chef Peter Chang who will collaborate on a special menu that will be available in the lounge on Feb. 17. The cocktail reception-style dinner begins at 7 p.m. and is $75 per person for unlimited food and beverage.

The chocolates are hand-crafted by Centrolina’s pastry chef Jennifer Costa. They will come in seasonal flavors throughout the year. The current selection includes passion fruit, raspeberry, hazelnut, pistachio, strawberries and cream, and Don Ciccio and Figli Concerto. They are $15 for six.