Kung Fu Panda 3 easily led the box office last weekend (Jan. 29-31) with $41.28 million. However, the 3D computer animated sequel from 20th Century Fox and DreamWorks Animation opened below expectations, which had been boosted a bit because of strong online pre-sales going into the weekend. Kung Fu Panda 3 debuted 13 percent below the $47.66 million opening weekend take of 2011’s Kung Fu Panda 2, which was deflated a bit from opening on a Thursday. Without adjusting for inflation, Kung Fu Panda 3 registered the third largest January debut of all time behind only American Sniper and Ride Along. With no new family films going into wide release during February, Kung Fu Panda 3 will have a strong chance of holding up well going forward. 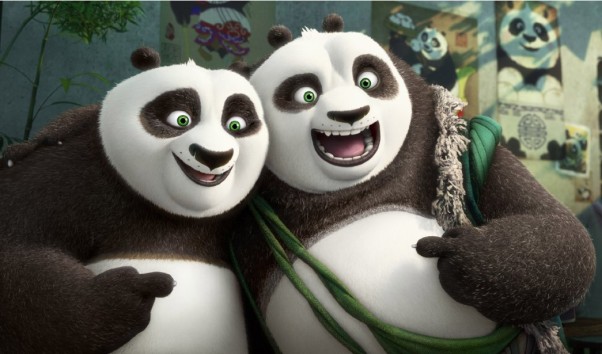 Fellow 20th Century Fox release The Revenant placed a distant second with $12.78 million. The Alejandro González Iñárritu directed western starring Leonardo DiCaprio was down 20 percent, as holdovers in general benefited from the previous weekend’s grosses being deflated by both Winter Storm Jonas and the NFL Conference Championship Games on Sunday. The Revenant continues to exceed expectations with $138.55 million after 24 days of wide release and an additional two weeks of limited release.

Walt Disney Studios’ Star Wars: The Force Awakens claimed third place with $11.12 million. The seventh chapter of the Star Wars franchise was down 21 percent from the previous weekend’s deflated performance. Last weekend’s hold was especially impressive given that The Force Awakens played in 809 fewer locations last weekend than it had the previous weekend. With a record-breaking 45-day gross of $895.76 million, Star Wars: The Force Awakens is now just $4.24 million away from becoming the first film ever to reach the $900 million unadjusted domestic mark.

Fellow Disney release The Finest Hours followed closely in fourth place with a $10.29 million debut. The 3D action drama starring Chris Pine debuted towards the higher end of modest expectations, but performed softly with its price tag in mind. The Finest Hours is likely to hold up significantly, thanks in part to not opening the weekend before The Force Awakens.

Ride Along 2 rounded out the weekend’s top five with $8.43 million. Universal’s PG-13 rated comedy sequel starring Ice Cube and Kevin Hart was down 32 percent, as the film held up much better last weekend than it did the previos weekend. Ride Along 2 has grossed $70.86 million in 17 days. That is below expectations and places the film 24 percent behind the $92.70 million 17-day take of 2014’s Ride Along, which fell 43.5 percent in its third weekend to gross $12.04 million.

The previous weekend’s three new wide releases all held up nicely last weekend and all three remained bunched together. Lionsgate’s Dirty Grandpa fell 32 percent to take sixth with $7.59 million; STX Entertainment’s The Boy was down 30 percent to place in seventh with $7.56 million and Sony Pictures’ The 5th Wave dropped 31 percent to land in eighth place with $7.14 million. Respective 10-day grosses stand at $22.84 million for Dirty Grandpa, at $21.19 million for The Boy and at $20.33 million for The 5th Wave.