The Revenant Moves Into First Place

After finishing in a close second place the previous two weekends, 20th Century Fox’s The Revenant moved into first place last weekend with $16.01 million. The Alejandro González Iñárritu directed western starring Leonardo DiCaprio was down 50 percent from the previous weekend, as the box office in general was slowed by Winter Storm Jonas hitting the East Coast. Sunday’s NFL Conference Championship Games were also expected to negatively impact Sunday’s grosses. Even with last weekend’s slowing, The Revenant continued to impress with $119.20 million after 17 days of wide release and an additional two weeks of limited release. The Revenant is likely to stabilize next weekend thanks in part to healthy word of mouth and the continued buzz around the film’s 12 Academy Award nominations. 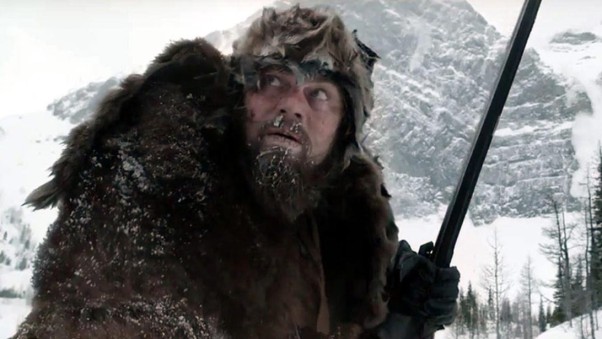 Walt Disney Studios’ Star Wars: The Force Awakens was up one spot from the previous weekend to claim second place with $14.08 million. The seventh chapter of the Star Wars franchise was down 47 percent from the previous weekend. Without adjusting for inflation, The Force Awakens claimed the 10th largest sixth weekend gross on record. The Force Awakens continues to pad its total as the highest grossing film of all-time domestically with $879.11 million through 38 days of release. That leaves the film just $20.89 million away from becoming the first ever the reach the $900 million domestic mark. Star Wars: The Force Awakens is currently running 59 percent ahead of the $551.74 million 38-day take of 2009’s Avatar and 44 percent ahead of the $611.23 million 38-day gross of last year’s Jurassic World.

Universal Pictures’ Ride Along 2 was down two spots and 65 percent from its debut weekend to land in third with $12.46 million. The PG-13 rated comedy sequel starring Ice Cube and Kevin Hart held up much worse in its second weekend than 2014’s Ride Along, which fell 49 percent to take in $21.30 million. Word of mouth isn’t as strong for Ride Along 2 as it was for Ride Along, although last weekend’s winter storm obviously had an effect on the film’s hold as well. Ride Along 2 has grossed $58.61 million in 10 days. While that’s solid with the film’s price tag in mind, it’s below expectations and places the film 22 percent behind the $75.54 million 10-day start of Ride Along.

As expected, last weekend’s three new wide releases were fairly bunched together with one another. Only $785,519 separated the top opener from the lowest.

Dirty Grandpa opened in fourth place with $11.11 million. The R-rated comedy from Lionsgate starring Robert De Niro and Zac Efron performed towards the lower end of expectations. Poor critical reviews and Sunday’s NFL Conference Championship Games appear to have had more of an effect on Dirty Grandpa than they did on The Boy and The 5th Wave.

STX Entertainment’s The Boy debuted in fifth place with $10.78 million. The low-budget PG-13 rated horror film starring Lauren Cohan opened towards the lower end of expectations and was off to a solid start with its reported $10 million production budget in mind.

Sony Pictures’ The 5th Wave was off to a sixth place start of $10.33 million. The young adult adaptation starring Chloë Grace Moretz also opened towards the lower end of expectations. The film is performing stronger overseas than it is domestically.

Meanwhile, 13 Hours: The Secret Soldiers of Benghazi followed in seventh place with $9.03 million. The Michael Bay directed action thriller from Paramount Pictures was down 44 percent from the previous weekend, which represented one of the weekend’s better holds among wide releases. 13 Hours was helped out by healthy word of mouth and by expanding into 528 additional locations, which included an expansion into Canada. 13 Hours has grossed $32.76 million in 10 days. That is a bit below expectations.