A Cultured Weekend to Start Off 2016

Happy New Year! It’s out with 2015 and hello to 2016! After the Champagne and confetti, there’s only one thing left to do: start your 2016 off with a fantastic weekend! If you’re still in the mood for holiday cheer, there are plenty of events finishing up this weekend that feature a final dose of all things holiday. For those looking to switch things up, maybe get a head start on a more cultured 2016, there’s film screenings at the National Gallery, arts and crafts at the Freer and even a comedy show in Petworth. Cheers to 2016! 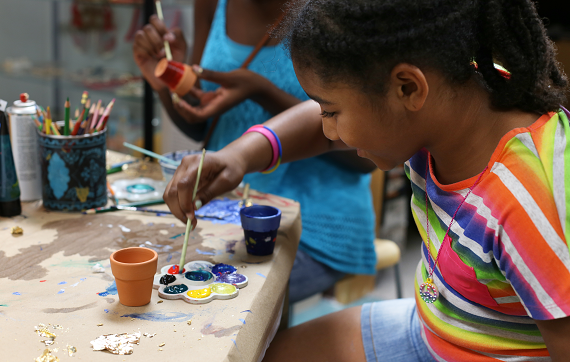 Get crafty at the Freer Gallery of Art before it closes for renovations! (Photo: Smithsonian Institution)

Say Goodbye to the Freer!

The Freer Gallery of Art will be closing on January 4 to make way for renovations. Say Goodbye to the Freer! — the institute’s final weekend — is full of activities, including open studio time for all ages. Indulge your artistic side with friends and family as you use objects from Freer to create your own mini gallery. If making art isn’t your thing, take a final tour of some of the museum’s highlights.

Hurry over to National Harbor now to see ICE! before it all melts. (Photo: Gaylord National Resort and Convention Center)

This weekend is your final chance to see the stop-animation cartoon Santa Claus Is Comin’ to Town carced in 2 million pounds of colorful, sculpted ice Ice! at at Gaylord National Resort and Convention Center. The cartoon first aired 45 years ago and tells the story of how Kris Kringle became gift-giving Santa Claus. Enjoy the lights, sights and other holiday activities, bundle up — the temperature rests at a snowman-friendly 9 degrees — and hit one of the five ice slides throughout the installation.

Want some better luck in 2016? We can’t guarantee it, but the Black Squirrel in Adams Morgan is hosting its 2016 Lucky You! New Year’s Day Brunch. As the southern adage goes, “Peas for pennies, greens for dollars and cornbread for gold… Eat poor on New Year’s Day, and eat fat the rest of the year.” The lucky menu includes black-eyed peas, which in the South shows humility and thus invites good fortune; collard greens, which are considered lucky because they look like greenbacks; cornbread, which represents the glories of gold; pork, which because of its fat, is served to bring a New Year rich with happiness; fish, which is a symbol of moving forward in the new year; doughnuts, which in the shape of a ring are thought to bring good luck, possibly because they symbolize coming full circle; and beer. To make sure it really is your lucky day, they are tapping a keg of 2013 Goose Island Bourbon County brand stout. By the way, according to lore you should avoild lobster on New Year’s Day because it moves backwards, symbolizing setbacks, and chicken, because it scratches itself backwards, which is said to bring regret or dwelling on the past. 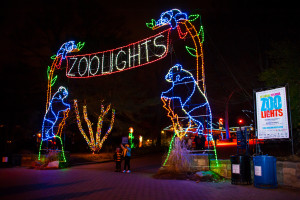 It’s your last chance this year to walk through the illuminated paths created for ZooLights at the National Zoo. More than 500,000 environmentally-friendly LED lights transform the zoo into a winter wonderland. This year, the experience gets a few new touches: a light show set to music and a chance to ride the Conservation Carousel for $3. There’s also the Zoo-Imagination Station with trains, trains and more trains that journey through a land of Legos and an alphabet country side, zoo tubing on lion/tiger hill for $3 and $3 tours through the zoo on the National Zoo Choo-Choo. There will be live music performances and tasty winter treats.

This is also your last chance to visit Garden of Lights, a winter garden walk-through light display in Montgomery County with more than 1 million colorful lights shaped into hand-crafted, original art forms of flowers, animals and other natural elements. Stroll from garden to garden enjoying twinkling tree forms, fountains, sparkling snowflakes overhead and more. Step inside the conservatory to enjoy G-Scale model trains wind through a seasonal landscape. Afterward, warm up inside the visitors’ center while you sip hot cocoa and listen to one of the nightly musical performances. 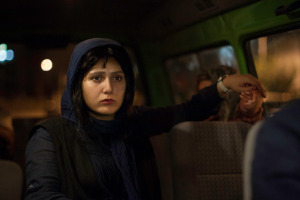 The 20th anniversary of the Iranian Film Festival begins this weekend with three screenings at the National Gallery of Art. This year’s festival is part retrospective, with two screenings of restored classics and then a mix of films from new and veteran directors. The festival kicks off with a screening of Tales, the latest film from Rakhshan Bani-E’temad, an acclaimed Iranian female filmmaker, at 2 p.m. Saturday. Also showing this weekend is a short titled The Night It Rained, or the Epic of the Gorgan Village Boy at 4 p.m. Saturday and another feature, Risk of Acid Rain at 4 p.m. Sunday.

Jan. 2 through Feb. 13 at he National Gallery of Art, East Building Auditorium, 6th Street and Constitution Ave. NW. Admission is FREE! Seating is on a first-come, first-seated basis. Doors open approximately 30 minutes before each show. 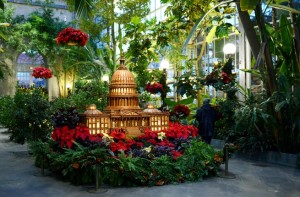 For Season’s Greenings, the U.S. Botanic Garden goes green and red for the holidays, decorating trees, filling the space with seasonal poinsettias, setting up the train display and creating iconic D.C. landmarks from plants. The big greenhouse also works as a good place to warm up if you’re out and about on the Mall. The conservatory will stay open late on select Tuesdays and Thursday for holiday music programs. 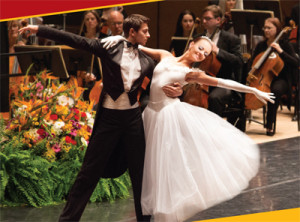 The Music Center at Strathmore rings in the new year with a Salute to Vienna on Sunday. (Photo: Strathmore)

Celebrate with the ageless beauty of uplifting Viennese music at Strathmore’s 15th annual New Year’s Concert. Strauss waltzes and sweeping melodies from operettas including Die Fledermaus and Merry Widow will be performed by hand-picked European singers and the Strauss Symphony of America. Beautifully costumed ballet and ballroom dancers will present romantic vignettes, whisking you off to a place of nostalgia and pleasure at the threshold of 2016. 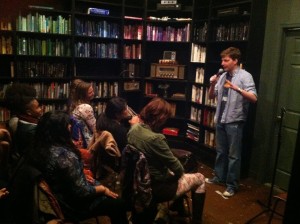 Looking to laugh a little bit more in 2016? Finish off your weekend with some laughter as local stand-up comedians take the stage at The Reading Room Comedy Show. Enjoy the cozy surroundings of this free book library as you laugh off 2015.